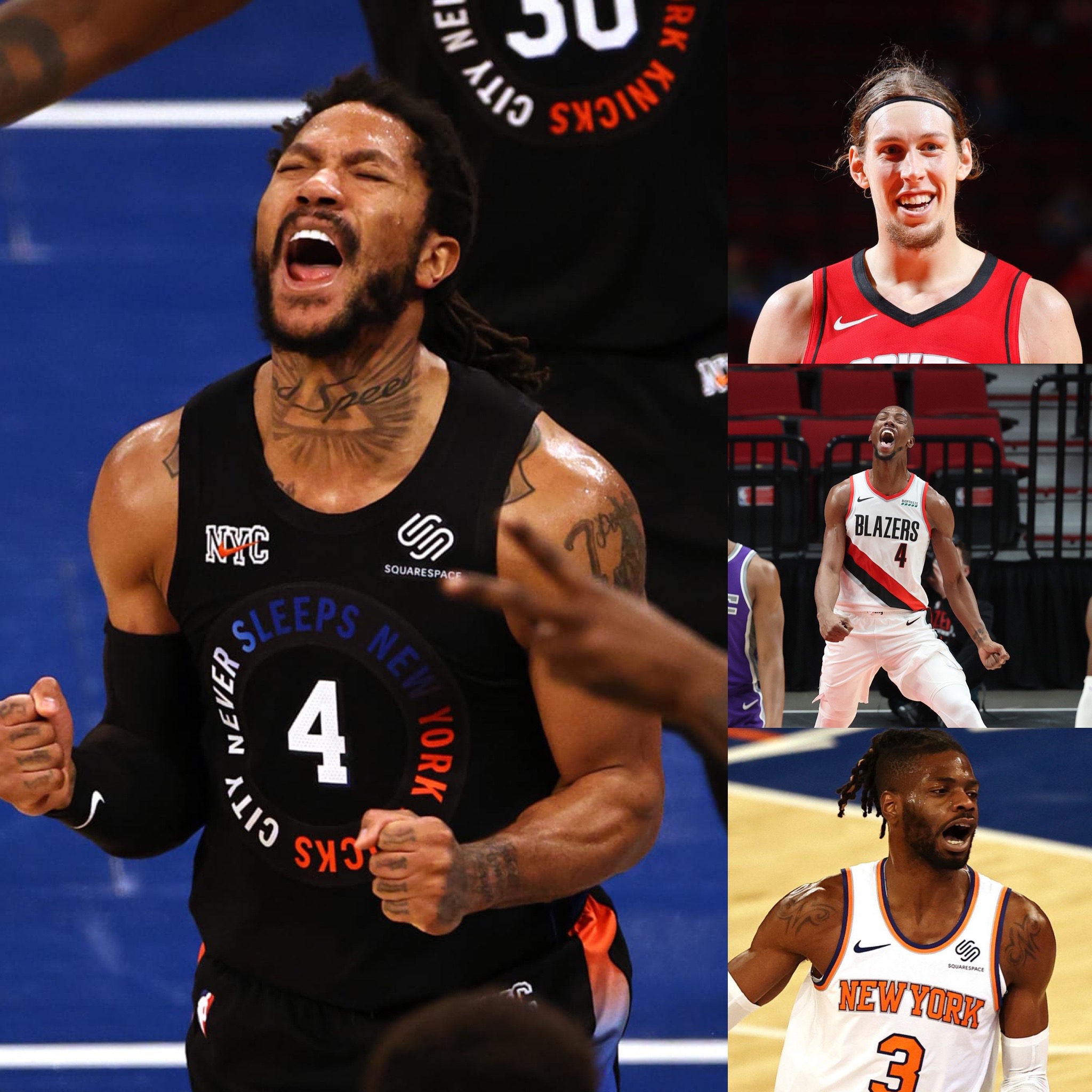 To try and figure out what Boston will do in free agency, first we’ll need to review their cap situation going into the off-season. Boston is mostly limited to small moves unless they ship out the Kemba Walker or Marcus Smart contracts. As you’ll see below, Boston is under the luxury tax by just about $600k without the Fournier contract added to the mix, which I believe if they are serious about contending next season they will absolutely attempt to resign Evan Fournier. As for what that could be for, there were rumors following the loss that he is seeking between $15-$20million, and I think if they sign him it’ll probably settle somewhere in the middle.
The figure below also doesn’t account for Jayson Tatum’s potential raise if he makes an All-NBA team this year, which would raise his salary about $5 million this next season. If Wyc is not bullshitting everyone, which is 100% possible and perhaps likely, he should be committing to being a tax paying team for the near future if he is dead set on trying to win a championship with this group. He did just publicly state “win banner 18, or die trying”, so fans should hold him to that. All that being said, let’s check out the cap breakdown and then get into what they can do about it in free agency. 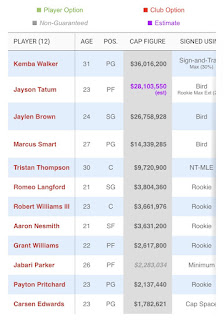 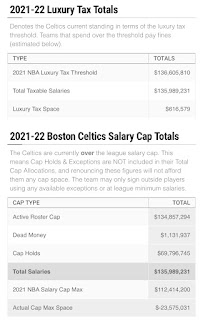 What can they do to improve the roster with such a tight budget? One thing they could do is to trade Kemba Walker and a first round pick to a team with cap space such as Oklahoma City for Al Horford, or for a return package such as to the Clippers for a potential package of Luke Kennard and Pat Beverly. Both of these moves would help Boston as Horford would replace what they lost in trading Theis while also reducing the cap by about $9 million and creating a traded player exception. The Clippers deal would bring a legit shooting threat and gritty defensive point guard while also reducing cap around $10 million.
One perk they’ll get for being a luxury tax team is the full taxpayer mid level exception of $5.7 million and a max of $18 million for three years. Don’t get your hopes up as that is a very modest salary in today’s game, but lets try to find the player pool that could come with that type of contract based on the teams needs for possibly a pass first point guard and a solid big for the rotation, preferably something that can stretch the floor.
Point Guards
Elfrid Payton: He barely played in the post season after having a rough end of season, but still managed 10ppg on 23mpg and is just one season removed from a 10pts 5reb and 7ast per game season.
Derrick Rose: This could be Boston’s best bet with the mid level exception if Rose were to want to play alongside Jaylen and Jayson for a chance to contend. I would put the odds a very unlikely considering the Knocks revival and his connection with Thibs.
Kris Dunn: He hasn’t had a great year and has played sparingly for Atlanta this season but just two seasons ago was averaging 6 assists a night. Boston could probably sign him to a 1 year prove it type deal at the veteran minimum and see if they can revive his career.
Avery Bradley: If Brad and the new head coach want to focus heavily on fixing the defense this season, perhaps you give Avery Bradley a chance to return to Boston at 30 years old and be another defensive grinder off the bench along side Nesmith and Langford.
Bigs
Daniel Theis: Yes, I know this is highly unlikely as he’ll certainly sign for more than the mid level exception, but if he wanted to get back with his squad on a hometown discount and Brad really didn’t want him traded in the first place, you never know. However, this would make this season even more frustrating considering he would’ve been very valuable when Rob was dealing with injuries down the stretch and the C’s would’ve had a good chance at a higher seed and avoiding Brooklyn.
Nerlens Noel: Perhaps Nerlens finally comes home to Massachusetts and fills the roll when Tristan is were he to be traded and be the perfect guy to fill minutes behind Rob. He just finished a decent backup center season while converting 61% of his shots and averaged 6rbp, 1spg and 2.2bpg.
Harry Giles III: This could be the perfect opportunity to team Jayson up with his best buddy and college teammate while filling a much needed 3rd center role.
Kelly Olynyk: Boston’s old pal faired well after being dealt to Houston in the Oladipo trade at the deadline this season. Kelly posted 19ppg 8.4rpg and 4apg last season and will likely be offered more than the mid level exception, but if he is at a point in his career where he just wants to try and win, teaming with the Jay’s isn’t a bad start.