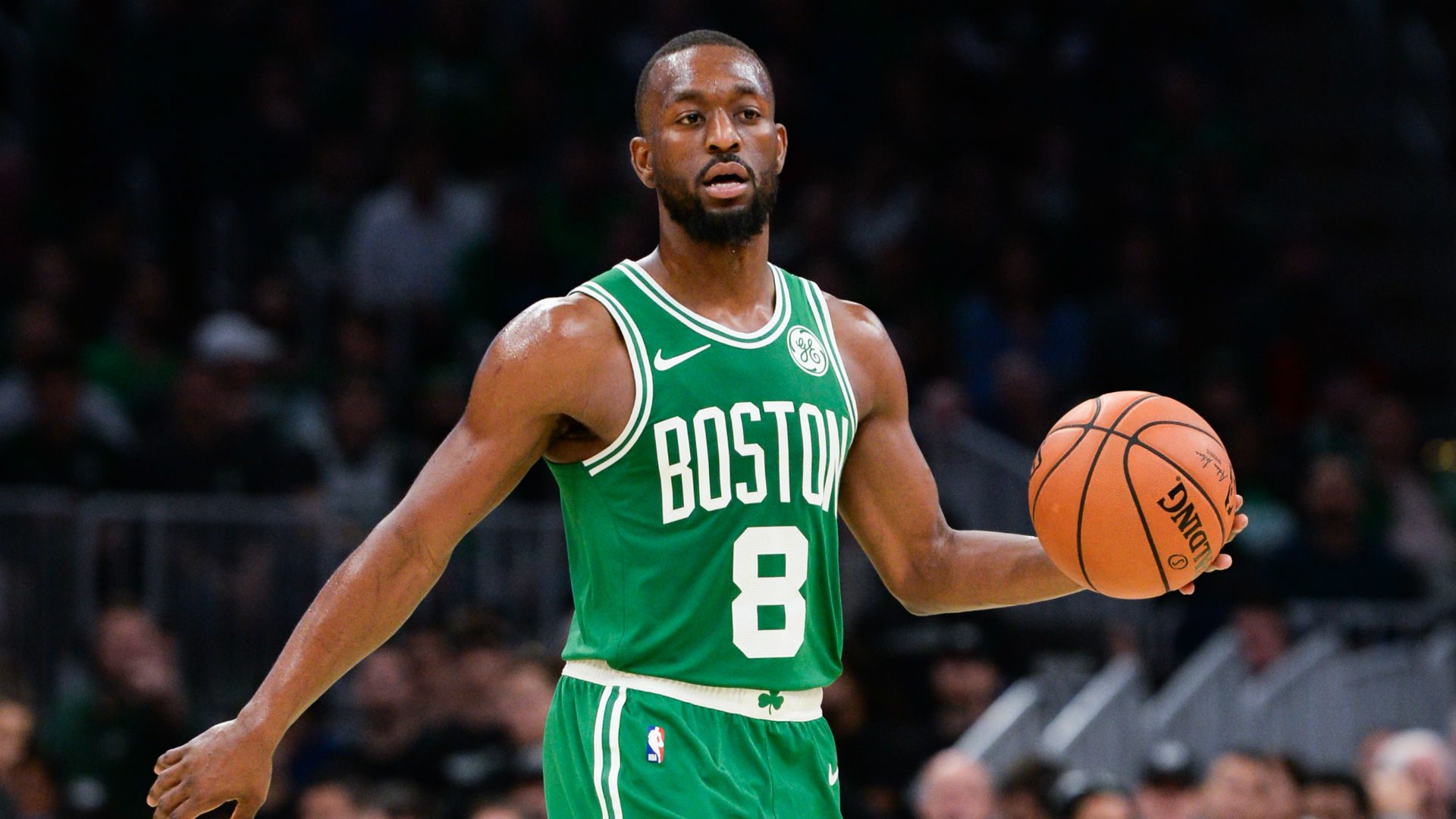 The Kemba Walker situation will be the co-most important move of the off-season along with the Head Coaching hire. Whether Boston will trade him or hold onto him is still up in the air. Recently on the Celtics Beat podcast, David Aldridge, longtime NBA writer and editor of the Athletic said “if you told me Toronto was trying to get Kemba Walker, I’d go, that makes sense. That makes a lot of sense for them”. His reasoning behind that is that Toronto is about to lose Kyle Lowry and could replace his talent immediately by making this move if they believe they can get it back together next season and try to contend in the east. He also mentioned Miami but Looking at their cap situation and the contracts they have I don’t see how they could get a deal done, and also, the Celtics are not making any trades with Miami. After hearing the reasoning for Toronto however, it does make a little bit of sense because they likely wouldn’t be able to come close to replacing that talent via free agency or other trades. Also, Kemba’s contract is not far off from what they were paying Lowry and with a trade with Boston could dump some other salaries to acquire him. Using the NBA trade machine and taking salary cap and luxury tax into consideration, I took a whack at finding a fair trade for all parties involved.
Toronto Raptors get: salary received $38.6 million
Kemba Walker, Grant Williams, 2022 FRP (lottery protected)
Boston Celtics get: salary received $25.2 million
Aron Baynes, Rodney Hood, Chris Boucher
In this example, Boston gets off of Kemba’s contract for the price of trading Grant Williams but replace his role with Chris Boucher who had a great season and would be a huge piece in the Celtics rotation. They also fill the 3rd big man role with old friend Aron Baynes, and take a flyer on Rodney Hood to see if he can provide scoring off the bench. Boston also needs to surrender a protected first round pick to help get the large cap hit off the books and onto Toronto’s. Hood would slot into the remaining $11million of Hayward’s TPE so Boston’s cap would result as -$14.4 million and would help them avoid a size-able tax bill more easily.
On the other side of the deal Toronto gets their Kyle Lowry replacement to run the offense and put up points. Kemba showed in the second half of last season that he’s still capable of putting up 20+ points per game and his usual 4 rebounds and 5 assists. Not a great assist number for a point guard but I believe that could be higher int he right offense and without Jayson Tatum taking away some of his on-ball minutes. They lose defense with having Kemba over Lowry but I believe gain on offense. They also get a young Grant Williams who can stretch the flour as a four and actually has decent post footwork on the offensive end. Grant can also guard some big  3’s and through the 5 position. He’ll be coming into his third season which is a typical he’s got it or he doesn’t hear for developing players. Toronto then also gets the protected first rounder to use in 2022.
This is just an attempt at a fair trade for Kemba and his massive, overpaying contract. I think both teams would heavily consider this deal, although only IF Toronto is not planning to enter full rebuild mode. It really only sets them back one to two years from a full rebuild considering Kemba has a player option at the end of next season and could be off Toronto’s books if he didn’t work out. The C’s lose a great scorer and veteran leader but add three role players to deepen their bench while gaining cap flexibility with them all being expiring deals. Personally, I’d like to see Kemba remain and see if they can get creative to deepen the bench, but if Kemba has legitimately soured on the team or vice versa then something along these lines could offer a solution. 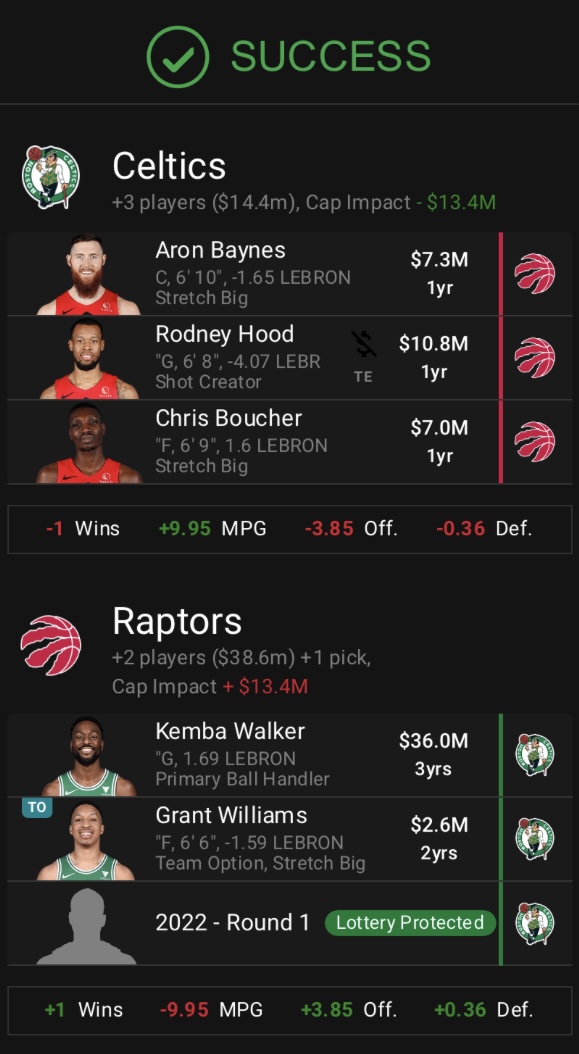