Danny Ainge is OUT, Brad Stevens is IN


If you would have told me a week ago that Brad Stevens would be the Head of Basketball Ops and Danny Ainge would be gone, I would've laughed in your face and called you insane. But, that's exactly what just happened.

Boston head coach Brad Stevens is planning to transition from his current role into becoming the new head of basketball ops. of the Celtics, sources tell @TheAthletic @Stadium.

Danny Ainge plans to resign from his role as Celtics President, sources said.


So that's it, I guess. Brad Stevens is no longer the head coach of the Boston Celtics, and Danny Ainge is no longer affiliated with the team that he helped lead to a 17th championship in 2008. What a turn of events, huh?

Adrian Wojnarowski started the landslide of breaking news this morning with this absolute BOMB.

Boston Celtics President of Basketball Operations Danny Ainge is seriously considering his future with the franchise and could make a decision to step down, sources tell ESPN.


It started from there and escalated so quickly that in a matter of 90 minutes, the Celtics had officially announced Danny Ainge's resignation and Brad Stevens' move from Head Coach to President of Basketball Operations. So... now what?

Brad Stevens will lead a "comprehensive search" for his successor as the head coach of the Celtics. Early names have included:


I would not take these names as final, the Stevens' and the Celtics have no rush in finding a new coach. Heck, their season ended just 12 hours ago. And that's what makes this news so surprising. Nobody outside of the Celtics organization knew that Danny had been considering his resignation for a few months, and that Brad was "worn out" after the bubble. But the morning after the C's Game 5 elimination against the Nets? Talk about a quick turnaround.

Once more information surfaces, I'm sure many of the questions that we all have will be answered. But, with moves like this, patience is key to making the right decision for the franchise. We wouldn't want Brad Stevens to make a bad decision, now would we? 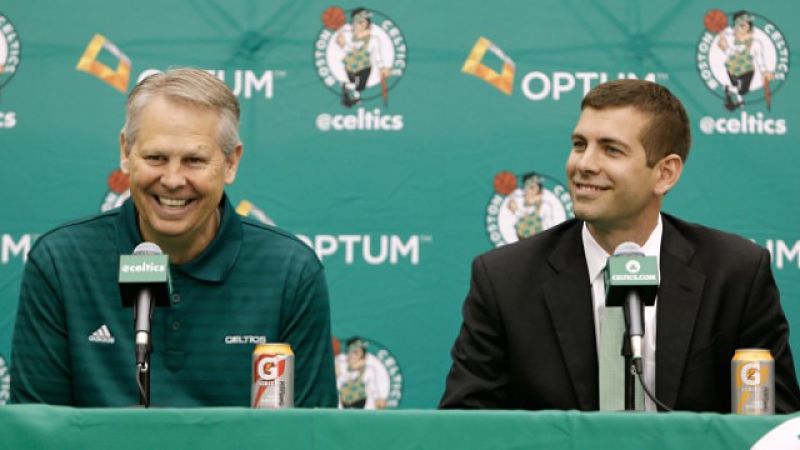 What a start to the offseason...

This is a developing story and will be edited with changes as they come.