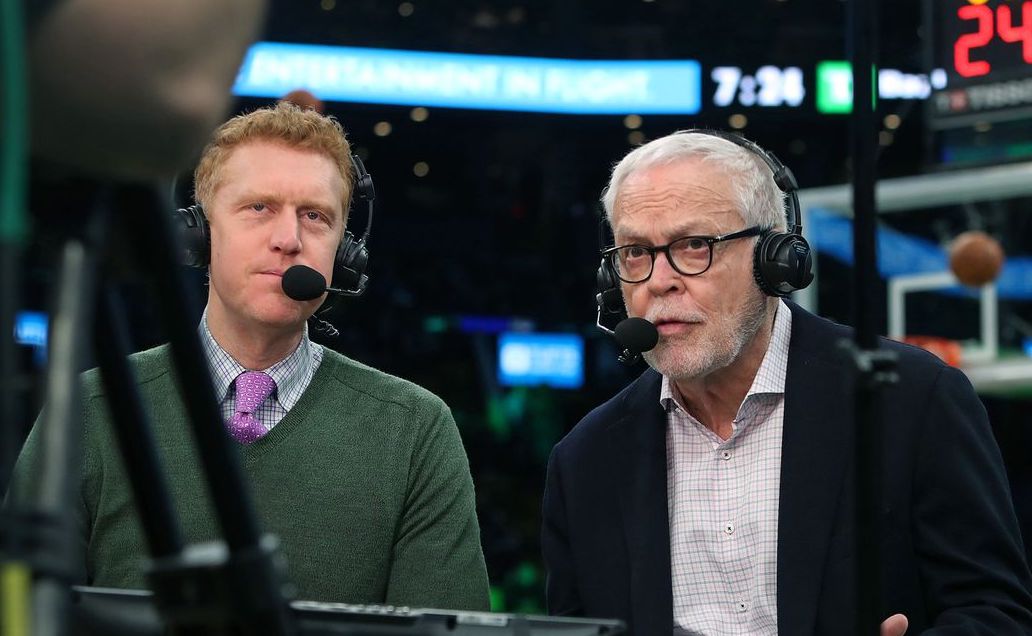 NBC Sports Boston has signed Brian Scalabrine to a multi-year extension as its lead analyst on Celtics broadcasts. Network didn't confirm this, but I've heard from a couple of sources that the deal is for five years.

Personally I thought Scal did a pretty good job prior to this past season as a part time analyst. I preferred when it was Mike and Tommy, but Scal didn't stand out one way or the other. This past season with Tommy no longer with us, Scalabrine took on the full time role and seemed to change personality wise. Became more "big time" or "all knowing."

Maybe that was always him, but he didn't feel comfortable busting it out while Tommy was around, or maybe it was a new shtick Scal decided to incorporate in the modern era of "all knowing basketball experts" like Nick Wright. Who knows?

That's not really my style, but I guess some people like it. Considering we used to have legends like Red Auerbach, Bob Cousy, and Tommy Heinsohn do color commentary that NBC Sports Boston could have aimed higher, but reportedly they are still in cut down on budget mode. I have a few suggestions of people over there that could be let go to free up more money.

Since the network budgeted both Tommy's and Scal's salaries into last season's budget, I'm still hoping that they will use some of that extra money to bring in some solid guest analysts on the broadcasts. Former Celtics Kevin McHale, Isaiah Thomas, Paul Pierce, Kevin Garnett, Eddie House, Danny Ainge, Tiny Archibald, Dave Cowens, Paul Silas, and Dana Barros are some names off the top of my head.

https://t.co/jaxkOJFGFc
Brian Scalabrine has been signed to a 5 year extension to continue in his color commentator role for Celtics games according to @GlobeChadFinn.

What's your instant reaction to the news?

There's also the possibility that Scal was trying too hard in his first season without Tommy and he might mellow out and become more likable this season. In terms of knowing the game, Scal isn't bad by any means. And as long as Mike Gorman is still calling the game, I'll still be watching the local broadcasts.

What's your reaction to the news that Scal will be around for several more years? Happy, unhappy, or indifferent?