Afternoon Delight: Lucky the Logo tells his side 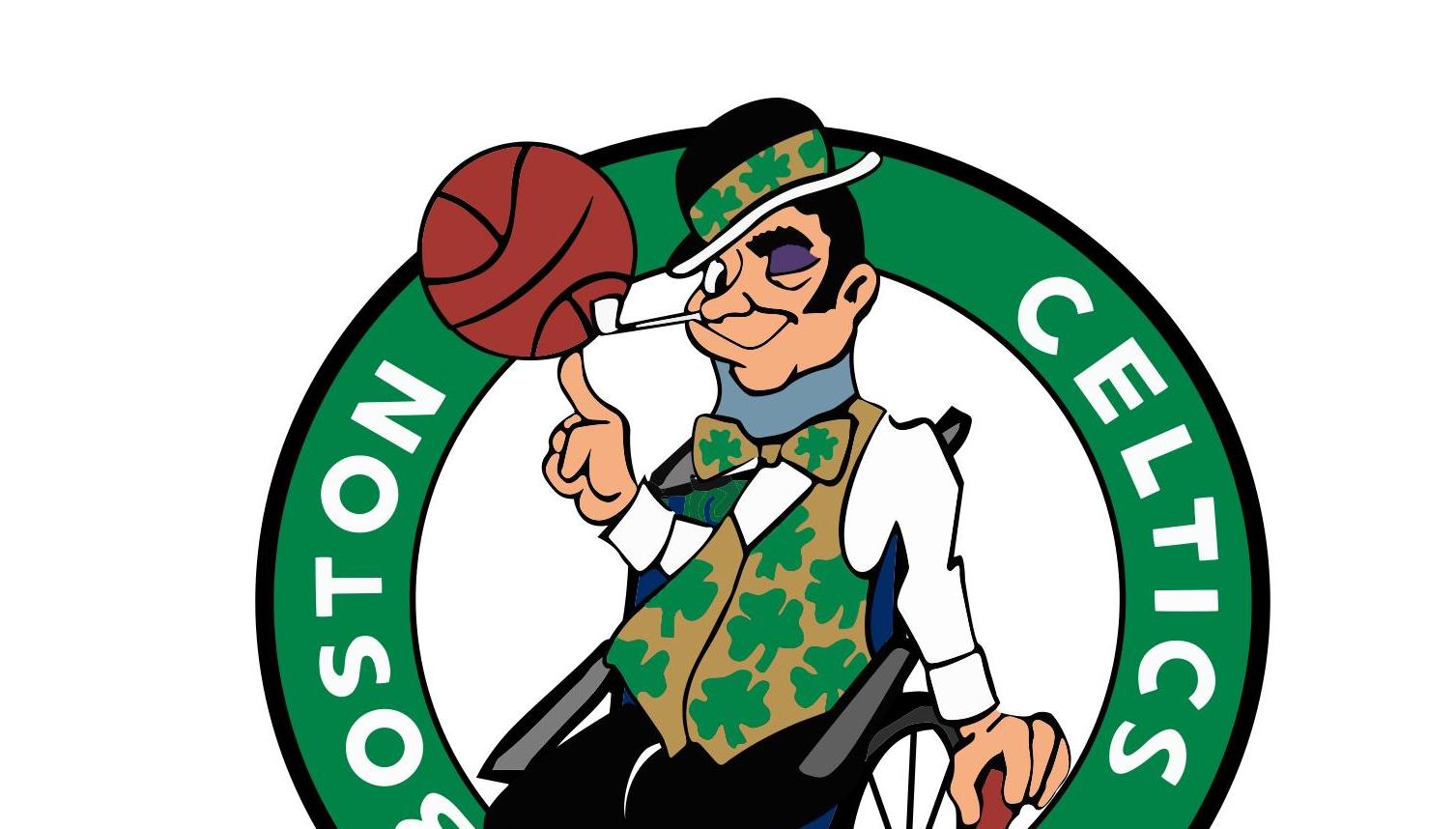 Following Sunday night's incident of Kyrie Irving's petty stomping of the Celtics logo at the conclusion of Game 4, we were disappointed to see that no one asked Kyrie about the incident. It made little sense since the Celtics have gone out of their way to not say a bad word about Kyrie, since he went back on his word of re-signing, quit on the team in the playoffs, and bounced for Brooklyn.

Celtics Life called up their crack Afternoon Delight investigative reporter Rondo Burgundy to get some answers. Unfortunately his repeated calls to Kyrie's cell were left unanswered. But in a Celtics Life exclusive RB was able to get in touch with Lucky the Logo for his first interview since the assault. Here it is in its entirety.

Lucky the Logo: Good afternoon RB. Yes you are.

Rondo Burgundy:You look no worse for wear following this assault. We were concerned when we saw pictures on the internet wear you had a black eye and were in a wheelchair.

Lucky the Logo: That was fake news. That pic is an old photoshop from some Reddit post joking about how injured the Celtics were in the 2018 playoffs. I'm completely fine.

Rondo Burgundy: Well good to hear... and see. So we will cut to the chase? What went through your mind when Kyrie performed his number on your face?

Lucky the Logo: Honestly I thought it was weak. Not because it hurt or anything, but where was he in Game 3? He looked like someone kicked his dog off his flat earth following that loss. Where was he last season when it was just him? He didn't even show up to the games at the Garden? So big man he is now as a third wheel choosing to pull that crap after the super team he's on splits two in Boston to a team missing 3 of its starters. I actually laughed while he was on me.

Lucky the Logo: Have I ever lied to you? Straight up laughed in his overpriced sneakers. Even called him a third wheel who couldn't lead his own team out of a paper bag. If you notice that's why he tried to add a little more to his petty show.

Rondo Burgundy: Now that you mention it Lucky, I did see that. How do you feel about Celtics legends like Kevin Garnett and Cedric Maxwell coming to your defense? Also Big Baby?

KG: "So nobody gonna say anything about Kyrie Stomping 'LUCKY'? https://t.co/vAjjw4IIUo pic.twitter.com/43F3hh8W7t

Lucky the Logo: Man I miss KG! That was my dude! All love with me and all of the former Celtics who wore their Celtics jerseys with pride. I will say... Actually I probably shouldn't.

Rondo Burgundy: No go ahead. Celtics Life never sold out to some big corporation. Don't worry, there won't be a huge amount of readers seeing this.

Lucky the Logo: *Laughs* Well I will say as much as I love KG and Paul Pierce, whenever they or anyone else tries to kiss me, it's just awkward. Like give me a pound, but a kiss is too much. Maybe I'm too old school. But the only one I want to kiss is my lady.

Rondo Burgundy: Oh you have a special woman in your life?

Lucky the Logo: Stick to the topic Burgundy!

Rondo Burgundy: My apologies. Ok taking this in a serious direction, do you think Kyrie "stomping" of you was his intent to show that he was clapping back at "old Boston" and racist "old white men" like you? Like Kyrie saw symbolism in this?

Lucky the Logo: What are you talking about?

Rondo Burgundy: Sorry some trickster just passed a Shaun King tweet in front of me.

Lucky the Logo: Well to answer your question, race is a social construct created by you humans. In the logo/mascot world we don't have races. You've seen me green before haven't you? With all due respect I have no idea why all you humans, not you personally RB, but humans in general, are so obsessed with differences in pigmentation. Like aren't there enough pressing issues in the world that everyone should simply be one human race? You will never see us in the logo/mascot world discriminating and dividing based on race.

Rondo Burgundy: You seem to be passionate about this?

Lucky the Logo: Well of course I am. I was lying right down the street at center court at the old Boston Garden when racist idiots disrespected the greatest basketball player that ever lived, Bill Russell. I have a short fuse for racism. Zero tolerance. Thankfully humans have improved a great deal since that time. But you all still have work to do.

Did any reporter ask Kyrie Irving why he felt the need to be petty and stomp on the Celtics logo? Want to give that reporter credit. But if no one did, then shame on them https://t.co/KI5snz6yXg

Rondo Burgundy:Well do you think Boston fans have been racist towards Kyrie Irving?

Lucky the Logo: From what I can hear at center court, that would be a strong no. Fans get on Kyrie Irving because he quit on the team and went back on his word. Also because he's an asshole. If he was white they'd do just the same. Ask Wally over at Fenway how they treated Johnny Damon when he returned, and Damon didn't disrespect Boston fans half as much. That's just how Boston fans are. They cheer harder than any other fanbase for their players, they boo the opposition, and they when players who they feel did the city wrong return, they let them have it. This isn't my first rodeo. I brought ear plugs on Sunday, per my doctor's advice. When you reach my age. Need to protect the ear drums.

Rondo Burgundy: Are you hoping for a Game 6?

Lucky the Logo: You betcha. And I tell you what, if you see #11 on the Nets trip at any point in Game 6, take a quick look my way and you'll see a wink. And if there is no Game 6, he'll be back eventually. I'm not going anywhere. Sure he'll likely fake that he's injured and miss a game or two first, but Lucky will get the last laugh.

Rondo Burgundy: You always do huh?

Lucky the Logo: I like to think I've had a minor role in Boston having the most NBA championships in NBA history.

Rondo Burgundy: I appreciate you saying that. Los Angeles hasn't even retired George Mikan's number. It's silly that they claim 5 titles won in Minneapolis.

Exactly. I knew Mikan. We used to chat before many jump balls. Good dude. Great Minneapolis Lakers center. Years later we'd joke about how dumb can the Los Angeles Lakers franchise be, that they couldn't even come up with their own nickname. Minnesota is known for lakes. Los Angeles is known for claiming more championships than they earned.

Lucky the Logo:*Laughs* It's true though.

Rondo Burgundy: No doubt. Well glad to hear that Kyrie's "stomp" didn't cause any damage. And we'll keep our eyes glued the next time he shows up at the TD Garden. We heard the stories about your connections with the old Boston Garden floor's dead spots, so we know Irving will get his comeuppance. 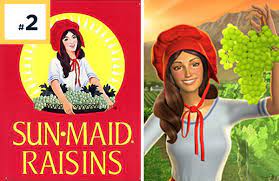 Lucky the Logo: Well I have to run RB.

Rondo Burgundy: Wait, is that the SunMaid Raisins logo waiting for you?

Lucky the Logo: One scoop at a time Burgundy!