What the Celtics need from Tristan Thompson against the Nets 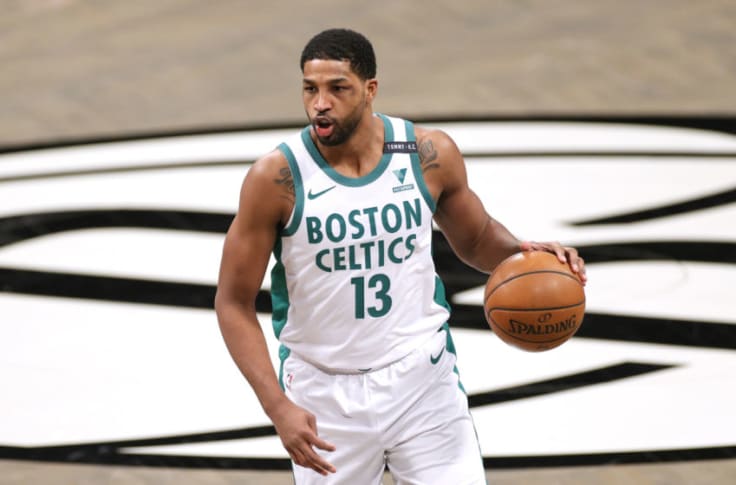 In what was probably a closer game than most people expected, the Celtics fell short in game one against the Nets on Saturday night. While it could have been a golden opportunity for the Celtics to get a jump on the series and get some serious confidence going forward, it still wasn’t a total loss. The defense looked better than it had for most of the season, and the weakest point seemed to be the offense.

I know many Celtics fans have lost their confidence in Kemba, but I for one don’t expect him to play as badly as he did on Saturday for the rest of the series. In his last 5 games before the playoffs, Kemba was putting up about 28 points shooting 49% from the field, 43.5% from three. Tatum and Fournier were also very inefficient on Saturday night, and I have a good feeling that the three of those guys will get it going tomorrow night in game two. 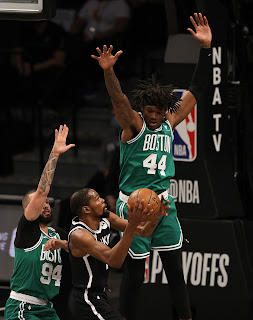 My real concern in this series is the play of Tristan Thompson. After trading away Daniel Theis the depth at the center position has looked pretty shallow, especially with Robert Williams being in and out with injuries. Williams had a huge impact in game one with his 10 points, 9 rebounds, and Celtics playoff record, 9 blocks (although Bill Russell likely still holds the record unofficially.) At the moment he’s playing through the pain of his turf toe that’s kept him out of prior games, but if he ends up ha
ving to take a game off or shorten his minutes, Tristan Thompson is going to have to step up more than anyone else.

It’s already been pretty clear that the Nets have been seeking out mismatches, and it’s not incredibly hard for them to do when they have three superstars who can create their own shot from anywhere on the court. To start the game Tristan Thompson got switched on to James Harden several times, and although he wasn’t able to burn Thompson on every possession, Harden still shot 50% and was able to create more than enough space to get himself open looks. Thompson is simply not mobile enough to stay in front of Harden, Kyrie, and Durant.

He has to be prepared to “pick his poison” when defending them. What I mean by that is that he either has to commit to forcing them to drive the ball by playing up on the three-point line and relying on his teammates to rotate, or he has to concede the three and be able to body up to keep them out of the paint. Either way, it becomes more of a team effort, but it starts with him. In my opinion, it is more important for Thompson to protect the three-point line, but in that case the rest of the team has to be prepared to fill in and protect the paint.

The downside of that is that having Thompson playing on the three-point line means he is out of the paint and off the boards. If the Celtics need one thing from Tristan in this series, it’s his rebounding. He had a team high 10 rebounds in 25 minutes. Between those 10 there was a 50-50 split of offensive and defensive rebounds, 5 of each. The numbers are decent, but we will need more from him going forward, especially if Rob Williams is limited. Rob picked up 5 offensive boards and 4 defensive boards of his own, and Thompson will have the primary task of filling in if and when Rob is off the court. Brooklyn is a team that can really kill us off 2nd chance points, so securing every board should be Thompson’s top priority. 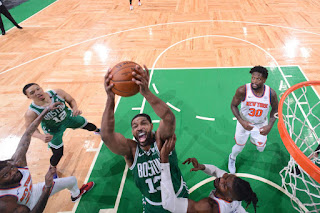 Lastly, Tristan is not known for being the most reliable on the offensive side of the floor. Fans often cringe when they see him isolate and try to bully his way into a contested hook shot. When it works, great, but when it doesn’t, it feels like more than just a wasted possession, and wasted possessions are not something you can live with against the Nets. Thompson has to find a way to become more efficient offensively. That may mean confining himself to only being a screen-and-roller, or even becoming a pass-first center. He doesn’t have the same athleticism as Rob to become a reliable and easy lob threat, but if he can cut more effectively instead of posting up, he can either get himself some easy layups, or he can draw defenders and kick out the ball to the open man.

Thompson is facing some tall tasks, and although it may not seem like it, he’s going to be one of the most important players for the Celtics in this series. His ability to defend on switches, rebound the ball, and value possessions on the offensive side of the floor are paramount in giving this team the best chance to upset the Nets, second only to Jayson, Kemba, and Fournier’s ability to produce buckets and Rob’s ability to stay healthy. He’s an NBA champion and has stepped up when it mattered in the past, and this is exactly what Danny Ainge brought him onto the roster for. He’ll have his first chance to make the adjustments tomorrow night for game two in Brooklyn.