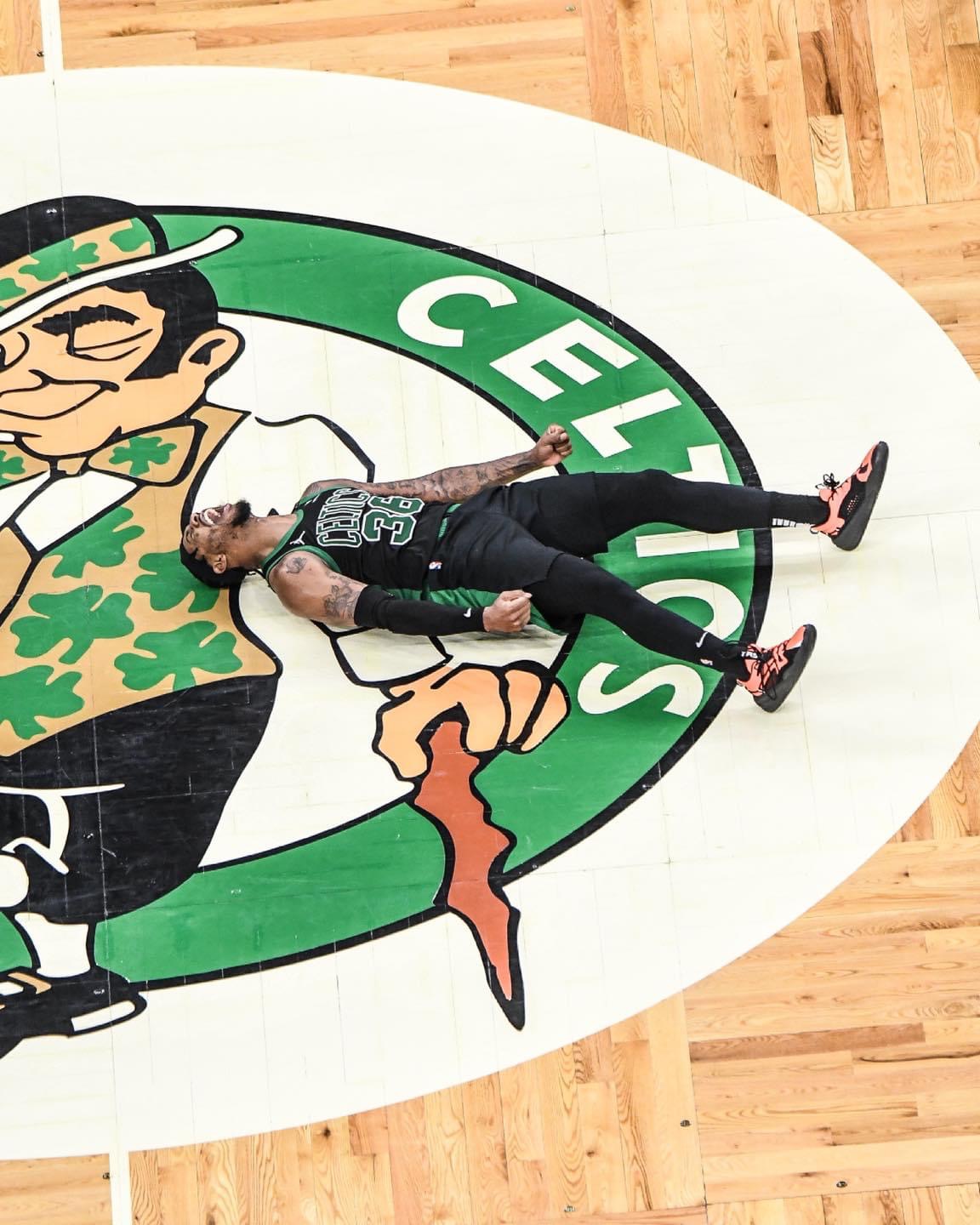 Boston started this game where game two left off and allowed Brooklyn to go on a 19-4 run. Going down 15 like that so quick to a juggernaut of a team can take all the wind out of your sails and give the feeling of defeat making it so much more difficult to dig out of that early hole. To Brad Stevens’ and the players’ credit, the called a quick timeout, regrouped and came out with a big swing of their own. Plenty of guys stepped up big last night to bring the series to 2-1. Let’s get into the grades;
Kemba Walker D+: Kemba had a rough night on the offensive side of the ball and finished with an almost team low of -15 for the game. He shot 3/14 from the field including a 0/7 line from three. To make matters worse for Kemba, he racked up 5 turnovers. The only reason I gave him a ‘+’ on his D grade is because he tallied 8 rebounds, one being a huge one to help seal the game after a missed Durant three. He also played tough defense to make Kyrie’s life more difficult on the other side so he deserves credit for that. However, he needs to step it up on offense if this team wants to compete with Brooklyn, thus the D+ grade.
Marcus Smart  A: Marxist Smart had an all time ‘Smart’ game last night to help notch the first win of the series. Smart guarded Kyrie Irving on 25 possessions last night and allowed 5 points. That is fantastic. He knocked down big shot after big shot as well including an and one three poutines from 6 feet behind the line (aftermath pictured above). Smart finished the game shooting 8/11 to go along with 6 assists.
Evan Fournier  B: Fournier wound up with the 2nd highest +/- on the team with a +11. He had a solid game producing a line of 17/2/5 on 50% from the field and 57% from three, including 4 three pointers. Evan also came away with a steal, and was a huge contributor on the defensive side to get those stops in the fourth quarter to give the C’s a cushion.
Jayson Tarim A++: Jayson Tatum had his 4th, 4th!! 50 point game in the last 49 days. That is incredible. Larry Bird had a C’s record four 50 point games in his entire career and Tatum matched it in less than a month and a half. That’s not all the superstar did though as he nabbed 6 boards and tossed 7 assists. Tatum was hot all night, and when his shot didn’t fall he would come back down the next time and get an open shot for a teammate instead. That right there is the growth of a superstar, and Boston has definitely found one.

Tristan Thompson  A-: Tristan Thompson’s +/- is deceiving because he shared the floor with Kemba with JT on the bench and wound up with a team worst -16. Much of that can be attributed to Kemba Walkers poor play and turnovers. Aside from that, Tristan was all that was advertised and then some last night when he played the ‘enforcer’ role for Boston. With Brooklyn being weak in the middle, Thompson had his way with the game being very physical. He finished the game with  19 points and 13 rebounds, by far his most meaningful performance of the season. This is why Boston signed him.
Robert Williams  Incomplete: Rob got off to a great start in the first quarter but suffered an ankle injury that knocked him out for the night. The team hopes his sprained ankle is mild and he can give it a go on Sunday.
Romeo Langford  B+: Romeo was a great lift off the bench last night inserting his defensive energy and focus. You can see in his game that he will developed into an elite defender, especially on ball and likely with be the guy pegged up against the opposing teams best player in the near future. He finished the night as the team high +21 as he was instrumental in the comeback in the first quarter. He finished with 6 points and 6 boards and played 27 minutes in the most important game of his young career.
Aaron Nesmith  B: Nesmith did not have the greatest stat line but what pushed his performance to a B for me is that he was out there in crunch time and was getting after it, defending guys like Harden, going after loose balls.
Grand Williams  B: Grant Williams was a pleasant surprise, and had possibly my favorite highlight of the night when he blocked James Harden. Grant finished the game with 4 points and 3 rebounds while also posting the second best +15 for the game.

Grant Williams went up high for this block on Harden: pic.twitter.com/5Y2y042Nkr

Brad Stevens  B+:  Brad gets a B+ because he kept his squad under control through two totally different types of scenarios. One, he called a crucial time out after the 19-4 run Brooklyn started the game with. Secondly, when the C’s gained an advantage late in the game, in a situation that most of the season they may have faltered and given it up, they were able to fight off the Brooklyn come back attempt and hold on.