Kemba Walker and Robert Williams both OUT for Game 4 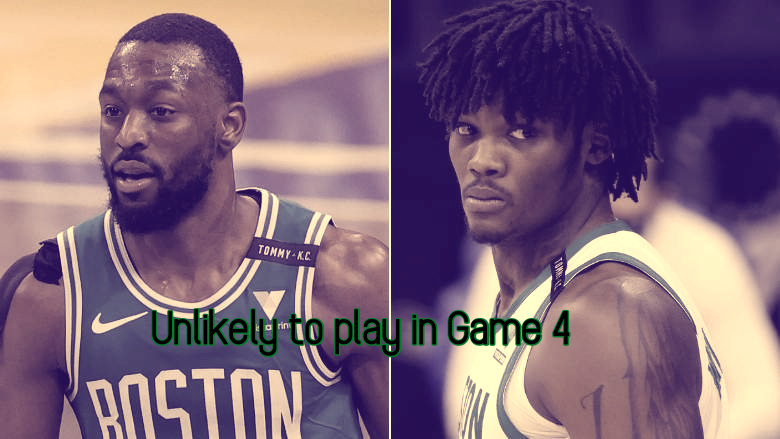 UPDATE 5:55pm. Both Walker and Williams have been officially ruled out for Game 4.

And water is wet. https://t.co/0JEGnNJPGC

Brad Stevens that they are still waiting to get final word, but both Kemba Walker and Rob Williams are both unlikely tonight.

The final decision hasn't been announced yet, but all signs are pointing to both Kemba Walker and Robert Williams sitting out Game 4 with injuries. With the Celtics playing a stacked Brooklyn "super team" and with All-Star guard Jaylen Brown already out for the year, this news makes the Celtics margin for error even thinner.

It took 50 points from Jayson Tatum to defeat the Nets Friday night. Not sure when the last time two teammates scored a combined 80 points as James Harden and Kevin Durant did and lost. The Celtics might very well need yet another 50 piece from Tatum tonight.

Brad Stevens said Kemba Walker is dying to play, but he is dealing with a combination of the bone bruise and the knee issue he has played through this season.

Regarding Walker and Williams this news is becoming rather tired to Boston fans. Walker was somewhat of an ironman in Charlotte, but that hasn't been the case at all in Boston. One has to question whether the Celtics front office did their due diligence on Kemba's knee prior to the 4 year max contract signing. Michael Jordan and the Hornets weren't willing to commit to Walker long term.

And as special as Time Lord can look on the court, the problem his first three seasons has been keeping him on that court and off the injury report. If he wants to achieve his ceiling and if the Celtics are to count on him as their starting center moving forward he will have to prove he can stay healthy, as availability trumps most abilities.