Celtics easily defeat Timberwolves to crawl back over .500 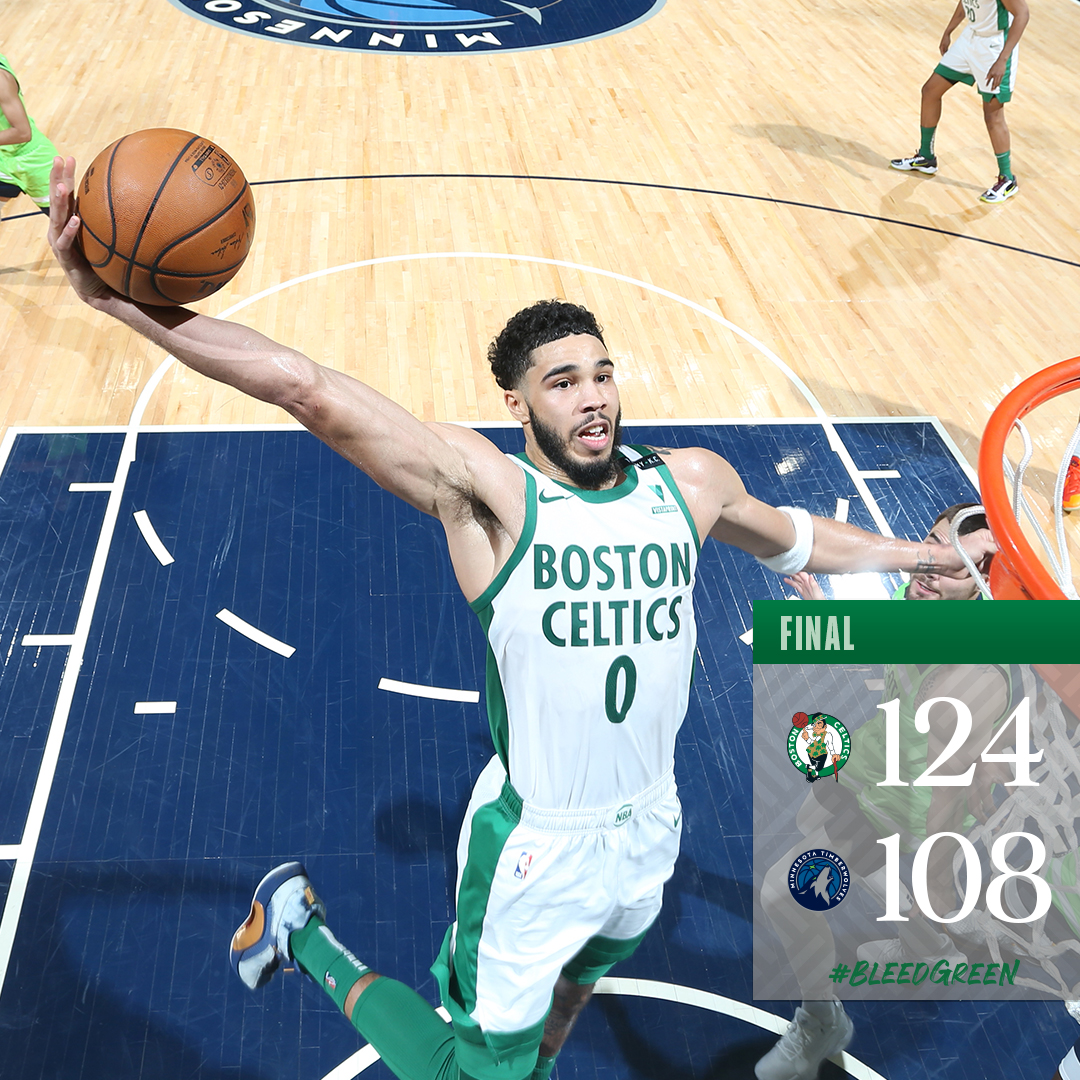 The injury/rest riddled Boston Celtics defeated the Minnesota Timberwolves to climb to 36-35, which guarantees that they will at least finish at .500 for the season with only one game left. While they are locked in as the seventh seed in the Eastern Conference and the top spot in the NBA Play-In Tournament, this was a good moral victory for the Celtics.
Jayson Tatum led the way for the Celtics, scoring 26 points in 26 minutes on 8-21 shooting. The Celtics were able to jump out to a lead mid-way through the first quarter, which they maintained throughout the remainder of the game, and allowed Brad Stevens to keep Tatum’s minutes down.
This was a fun game to watch if you’re a fan of any of the Celtics’ end of bench players, as it was essentially an exhibition game, and all of the C’s central players (aside from Tatum and Evan Fournier) did not play. In 21 minutes, Tremont Waters had 14 points and 7 assists off of the bench, with a few flashy passes. Big man Luke Kornet got the start, and scored 12 points and grabbed 6 rebounds. Jabari Parker, Aaron Nesmith, and Romeo Langford all showed some energy and were able to make their case for a consistent rotation spot next season.
For the Timberwolves, Karl Anthony-Towns exploded in the first quarter, and finished with 24 points and 14 rebounds. However, he and D’angelo Russell both didn’t check into the game after the end of the third quarter, as the Wolves seemingly threw in the towel and wanted to avoid any serious injuries to their stars in another lost season. What really hurt the Wolves was their three-point shooting, as they shot 5/37 (13.5%) from behind the line.
Enjoy some Celtic bench player highlights:

From defense to offense 💪 pic.twitter.com/D39NOcZP3N