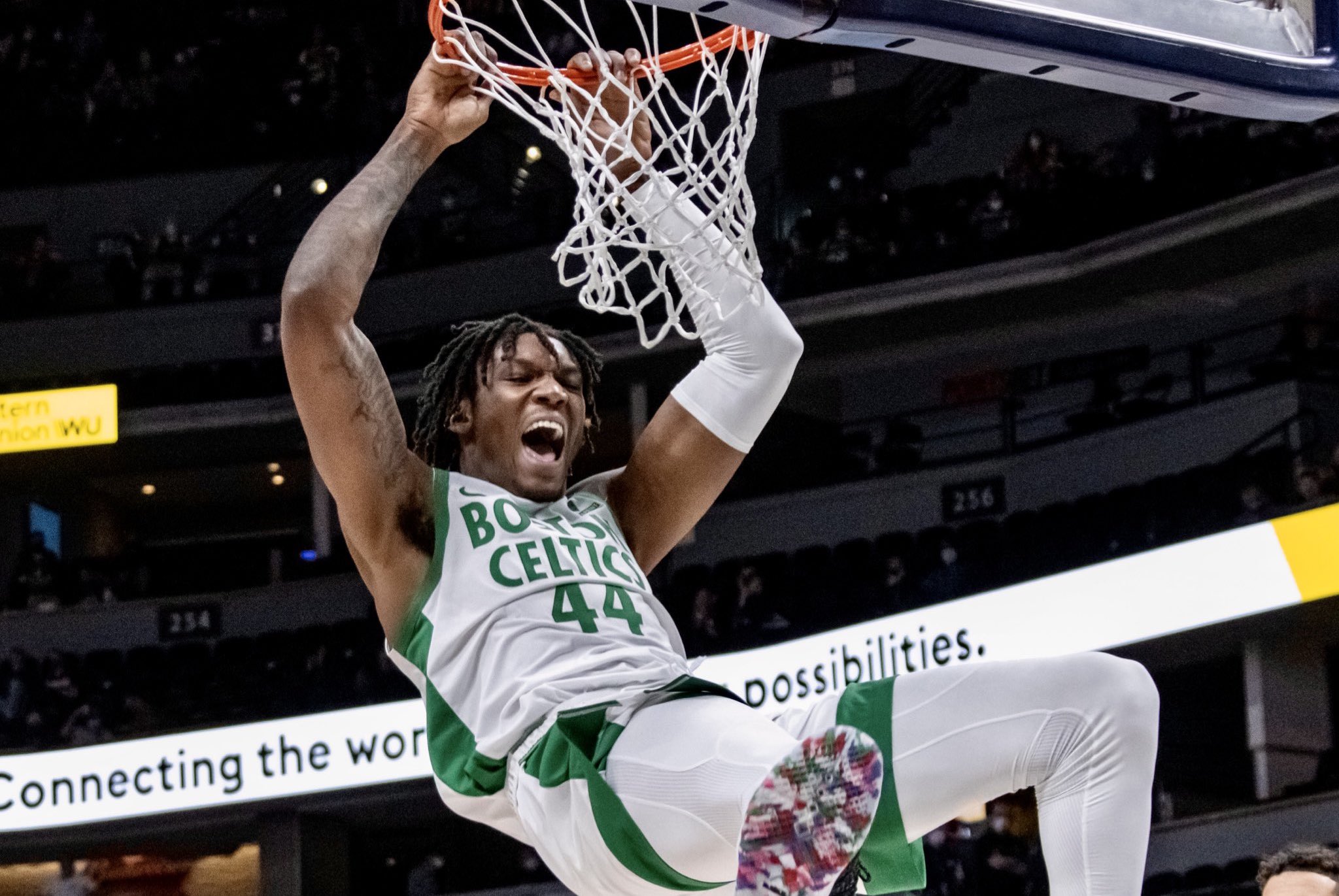 Make that 3 wins in a row. The Celtics completely owned the Nuggets in the 2nd half to turn a large deficit into a 105-87 Celtics win. Despite a sluggish 1st half, Jayson Tatum got things cooking in the 2nd half and finished with a game high 28 points. Jaylen Brown added 20, but this really was a team win. The Celtics finished the game on a 40 to 8 run.

The Celtics held the Nuggets MVP candidate center Nikola Jokic to a more pedestrian 17 points. I mean he still finished with a triple double, don't get me wrong, but this as actually as sub par performance from Jokic.

Another win for the Celtics pic.twitter.com/D2x0Ebp7HT

The Celtics did something I haven't seen them do this year, and that's not just try and shoot their way out of a slump by continuing to launch (and miss) 3's, but they drove to the hoop over and over again. It's not very often in the modern NBA when you shoot just 21.2% from beyond the arc against a very good team and win. Shoot, it's hard to beat any team, shooting like that in 2021. But the combination of intense Celtics defense and taking it to the hoop proved the difference for Boston.

Jokic wants no part of the #Nuggets huddle during the timeout. #Celtics pic.twitter.com/zTj8aCdDcY

Coach Stevens: "All the good teams that I’ve been around can come back and win. So you come back in each of the last three games and win, down in the fourth quarter in all the games, that’s encouraging." 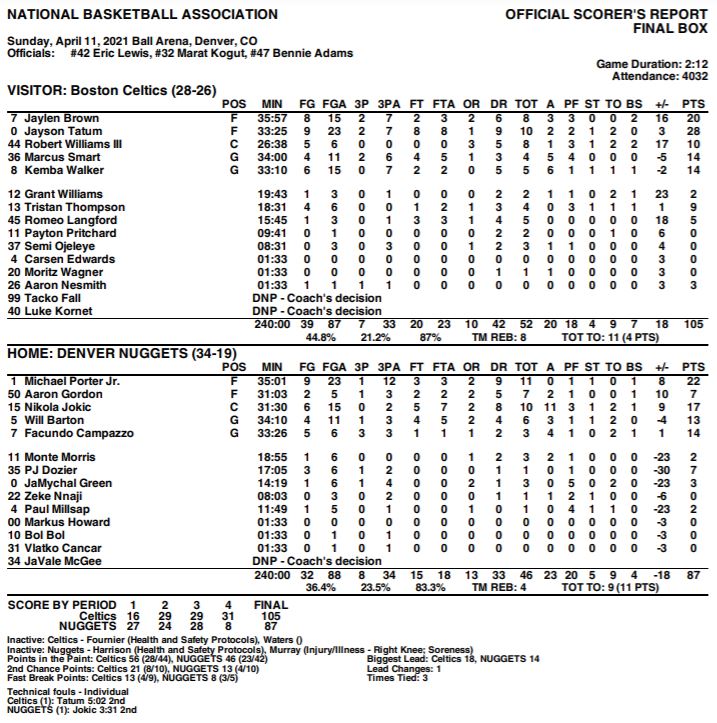