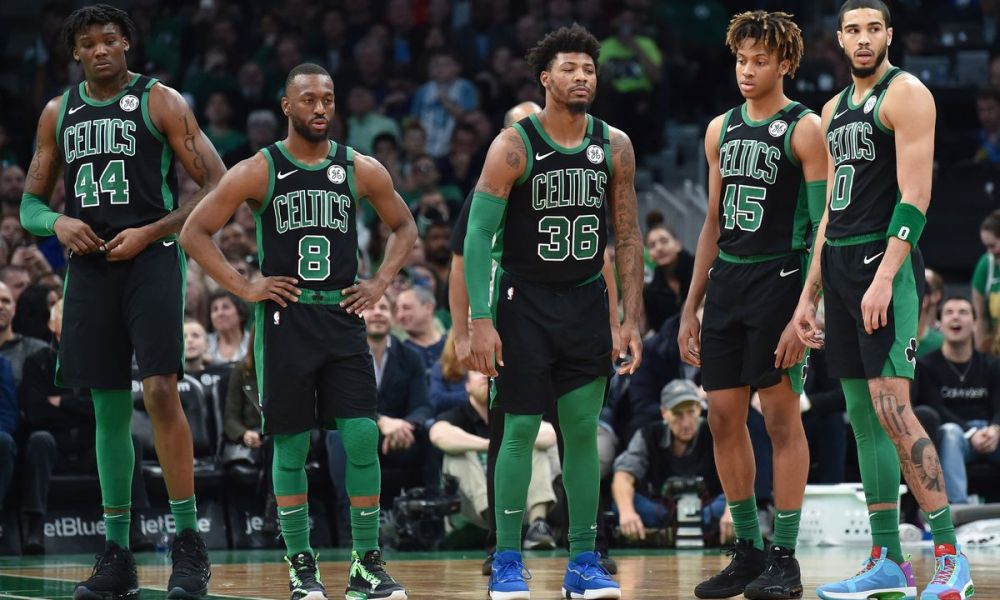 Well, the NBA buyout deadline came and went. As we know, the Celtics made two trades at the trade deadline: acquiring Evan Fournier using some of Hayward's TPE along with trading two second round picks and Jeff Teague, then a seperate three-team trade including Daniel Theis and $1.3 million for Luke Kornet and Mo Wagner. Acquiring Fournier was a solid move to increase scoring depth, but trading Theis was more of a money move. After the trade deadline, the Celtics were involved with some of the league’s most intriguing buyout options, but missed out on them, thus keeping them under the luxury tax for the rest of the season.

No further buyouts last night before the 11:59 PM ET deadline for players to retain playoff eligibility. This season’s five buyouts:

Another candidate that was rumored to be bought out and linked to the Celtics was forward Otto Porter. He got sent to the Magic along with Wendall Carter Jr. in the Nikola Vuccevic trade. Turns out, all the rumors of him getting bought out weren’t true. Neither the Magic or the Bulls were willing to buy out his enormous/questionable $28 million contract, as he will just enter free agency next year. Some other players that were rumored to get bought out but didn’t include Sacramento's Hassan Whiteside and Houston's Kelly Olynyk.

Otto Porter has had no buyout discussions with the Magic and is on course to finish the season with Orlando, league sources say.

I'm told Porter likewise had no buyout discussions with Chicago before the Bulls traded him to Orlando in the Nikola Vucevic deal.

So now that the buyout deadline has passed and everything is settled, the Celtics squad that we currently have is the one we are going to roll with. It seemed like the Celtics could've used one more piece to help them compete, but were unable to find that piece. It really sucks that they had to make the Theis trade to stay under the luxury tax. If we still had Theis then some of the key depth problems would be gone. The weird thing is that if Ainge wanted to sign a solid buyout option like Blake Griffin, Lamarcus Aldrige or any of the other rumored names, then the Celtics still would’ve gone over the luxury tax again, without making that much of an improvement from Daniel Theis. I find that weird, but it is what it is I guess.

The Celtics core that we currently have is solid, but the lack of legitimate depth is going to be the downfall of their season. The core led by the Jays, Smart and Kemba is great, Fournier coming off the bench helps too, but the lack of depth in the power forward and center position is not there. I love Rob Williams as much as the next guy and Thompson is great too, but if one of them gets hurt or gets into early foul trouble then we would have to rely on Kornet or Wagner, which is not ideal. At the back-up four spot, we have Grant Williams and Semi Ojeleye who are capable of doing well in that role, but it really depends on the day. So getting another four/five guy who can stretch out the floor and give us more legitimate depth would’ve been nice.

So although it doesn’t seem like the roster is constructed as well as some other teams, we’ll see if this Celtics team can surprise us by the end of the year. The Celtics start a three-game road trip in Denver tomorrow at 3:00. For now, let's continue to bask in the glory of Tatum’s 53-point bomb from last night. We'll take all the small victories we can get.

We finished with the comeback win over the ‘Wolves tonight after Jayson Tatum led us with a career-high 53 points. pic.twitter.com/FqzM94ygdo