Marcus Smart suspended for one game 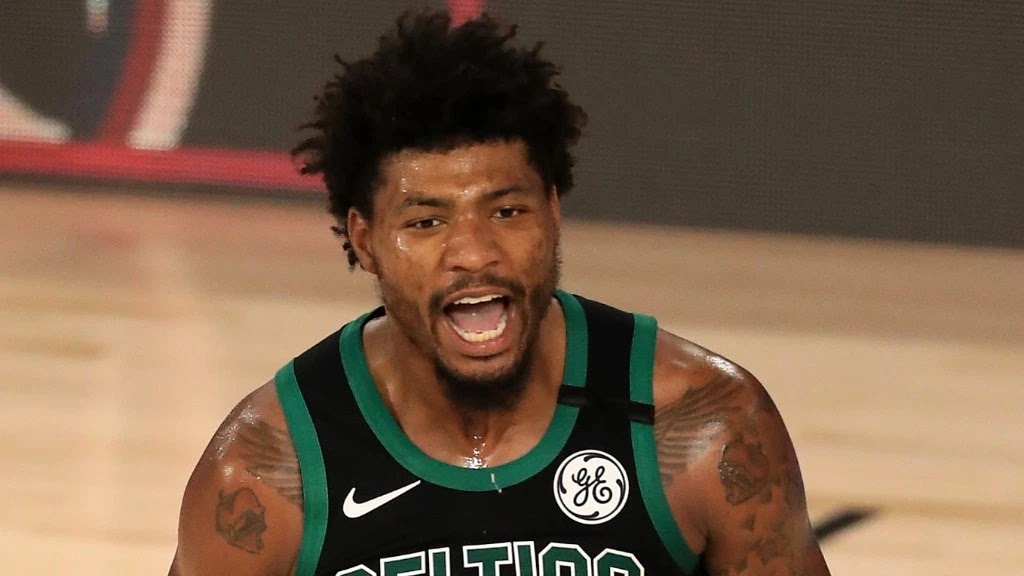 Boston Celtics guard Marcus Smart has been suspended one game without pay for directing threatening language toward a game official.

Shams says the incident took place last night and that Marcus Smart will serve his suspension tonight against the Hornets. We'll have to check all the tape and get more details, but Smart is no stranger to getting disciplined by the league when it comes to what he says (or how he acts) with officials, so I'm sure being a repeat defender never helps when the league office is weighing fine vs suspend.

Luckily Smart isn't in the Rasheed Wallace/Dennis Rodman category where you have to worry about too many technical fouls equalling automatic suspensions. Memory is a bit foggy, but was this an issue with Rondo as well? Seem to remember someone important on the Celtics that we worried would be forced to miss a game in the playoffs due to their technicals limit. Anyway, consider tonight Marcus' maintenance game off. Only difference is a charity will get the game check and not #36.

Brad on whether the notification on the Marcus Smart suspension was too late in the day. "I'd agree with that. I knew they were looking into it but I thought when we got the late afternoon, there wouldn't be anything."

I mean Shams just posted it, so unless the Celtics heard about this a couple hours ago, yeah it's too late before tip-off to suspend a guy. I suppose if Smart, his union rep, and the Celtics asked to postpone the suspension to Friday due to this the NBA would agree to that, but this doesn't seem to be in play.

Well this answers the question about timing:

Brad Stevens on the Marcus Smart one-game suspension: "I got the word about 15 minutes ago. So I haven't even had time to really think about it. I'm not really completely aware of what happened that led to the suspension."

And yes 5:30 is unnecessarily too late.

No Kemba. No Smart.
Payton Pritchard is like: If I must immediately set a new career high then so be it. Duty calls pic.twitter.com/BCRtUTjLtr

This Celtics group will end the season having played together a grand total of 0 games.
FACT or FICTION? 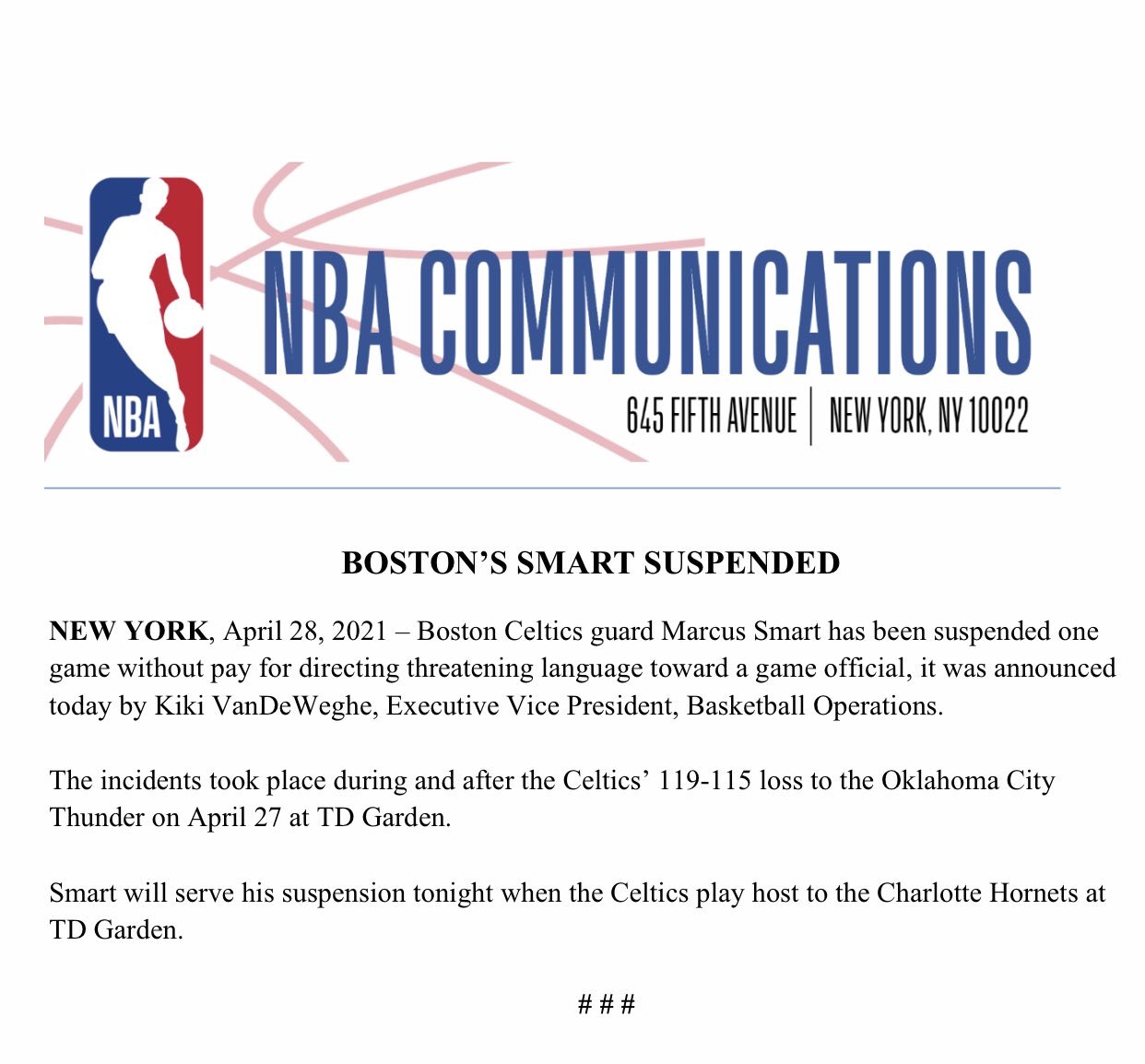