Flashback: How the Celtics performed in 2020

Flashback: How the Celtics Performed in 2020 The 2019-2020 season marked their 74h season in the NBA and 7th consecutive season with head coach Brad Stevens. It was a tough year for the sporting fraternity around the world. Nonetheless there were lots of memorable actions as the LA Lakers emerged as eventual winners. 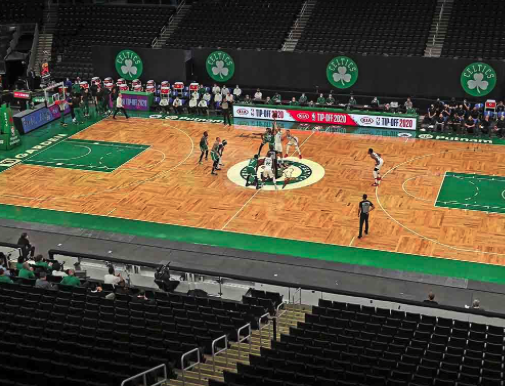 Now, fans are still divided on whether the Green season was a success or not. Well, let us do a quick review on how the Celticsperformed in the year 2020.

After seeing off the likes of Philadelphia and Toronto in the Eastern Conference first-round and semifinals respectively, it was a chance for the Celtics to grab headlines in the conference finals against Miami. It is something they anticipated and now it was being served right on their table. Celtics were to beat Miami Heats and get a direct ticket to the much-coveted NBA finals. Every single Celtics fan entertained the idea of a mouthwatering clash in the NBA finals potentially against the LA Lakers.

One hurdle stood their way in the name of Miami Heats. Only one team would celebrate at the end of the day and Celticsfans would not entertain anything less than victory. When the D-day arrived, the Boston Celtics got a rude shocker. Things turned inside out and Celticsgot hammered 4-2 by Miami Heats. Everything on the pitch including the coaching tactics heavily backfired. In the end, Celticsnot only lost the Eastern Conference finals but also their dream for the NBA finals. 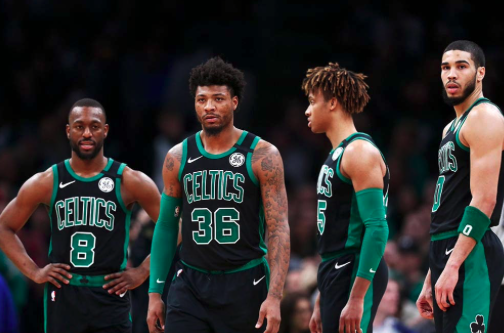 With the 2019-2020 season kicking off, many Celticsfans were optimistic. Well, they had a promising and talented squad. However, an unexpected exit of some of the key players left many fans wondering how their new season would look like. Kyrie Irving departed to Brooklyn Nets and Al Horford left for Philadelphia 76ers. The dream of having Irving, Horford, and Anthony Davis play together was now in the dead as the three players were out for different teams. Irrespective of losing all these key players, they still managed to progress to the finals of the Eastern Conference. They put on some decent performances throughout the campaign.

After the departure of some of the key players, it was obvious that these gaps had to be filled through reinforcements in the market. With Irvins now gone, Kemba Walker found a perfect opportunity to exit Hornets and join Celtic. One of the major assignments the Celtics Needed to do was to get past the first round of playoffs. This meant defeating the Hornets who now are Kemba Walker less. Judging the performance of Kemba Walker, it is obvious that perhaps they would not even have made it to the Eastern Conference Finals. He was no doubt a big part of their game in the point guard position. The good thing with Walker Kemba is that he did not just come with game qualities but also leadership qualities as well.

4. Good Results Regardless of Injuries and underwhelming Draft Collection

The Celtics Collected plenty of players in the year’s draft. They were optimistic that these stars were going to make a name for the club. However, most of the players underwhelmed except for Grant Williams. Tyler Hero was expected to shine but didn’t make an impact in the team and so does Romeo Langford. To add an insult to the injury, Gordon Hayward was hitting the ground running but got injured prior to the playoffs. Although he managed to return before the conference finals, he was clearly not in good shape to offer enough.

5. The Emergence of Genuine Stars that Lifted the Game

Fans are proud when their own players develop into star players. Getting star players from other teams is not an easy process and the club ends up chucking some pretty cash and luring them with appetizing contracts. Well, this is costly for the club and the competition for these players even makes everything complicated. When Celticslost Horford to Philadelphia and Aron Baynes sacrificed on grounds of salary, someone needed to step up in their absence. Many were banking on Jayson Tatum and Jaylen Brown to continue their remarkable rise into reliable star players in the Celtics Team. There was hardly anyone doubting their talent. Of course, they are not the best NBA players but they didn’t disappoint anyway. To add to the mix, Daniel Theis became another reliable starter while Robert Williams showcased his ability when fit.

It is harsh to judge that Celticsperformed dismally in 2020. Of course, fans would have wanted to win the Eastern Conference and proceed to the NBA finals. Considering the departure of key players and injuries, it is fair to conclude that they did quite well in 2020!