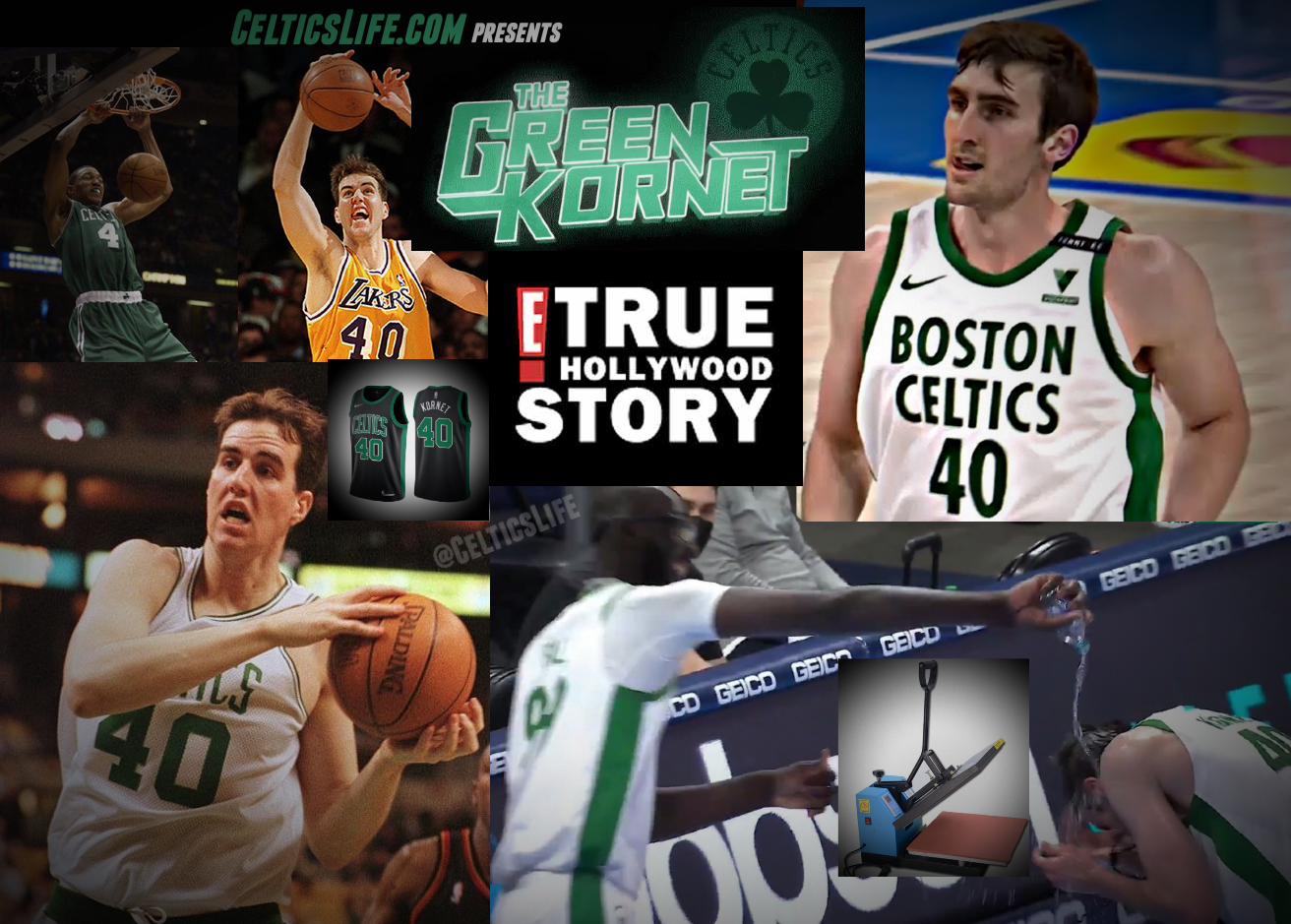 I know you all want me to go into another long spiel about how the Celtics are too great a franchise to retire so many numbers so liberally. That there are other ways to honor a person that by preventing anyone fifty years later from wearing the same number. That it's all about the name on the front of the jersey, but you can honor the name on the back without also honoring the number. But NO! I will not subject you to all that for the nth time. This is the C's True Hollywood Story about how Luke Kornet ended up with #40.

Best part about Luke’s ugly #40 is that he actually chose #9, but his jersey wasn’t ready in time so they said they’d switch when they got back to Boston. They forgot. And Luke doesn’t want to say something and make someone feel bad. That’s Luke Francis for ya.

(*And now a word from our sponsors*):

Hope you enjoyed that in depth background story. And congrats to Luke Kornet on beating out Mo Wagner. On deadline day, it was assumed that Kornet would be waived to accommodate a buy out big, but the Green Kornet outplayed Mortiz "no Mo a Celtic" Wagner to earn a spot for the rest of the season and playoffs. You're well on your way to outplaying Luke Harangody to cement yourself as the best Luke in Celtics history!