Celtics destroy Lakers, scrubs almost blow it, but in the end Boston snags their 5th win in a row 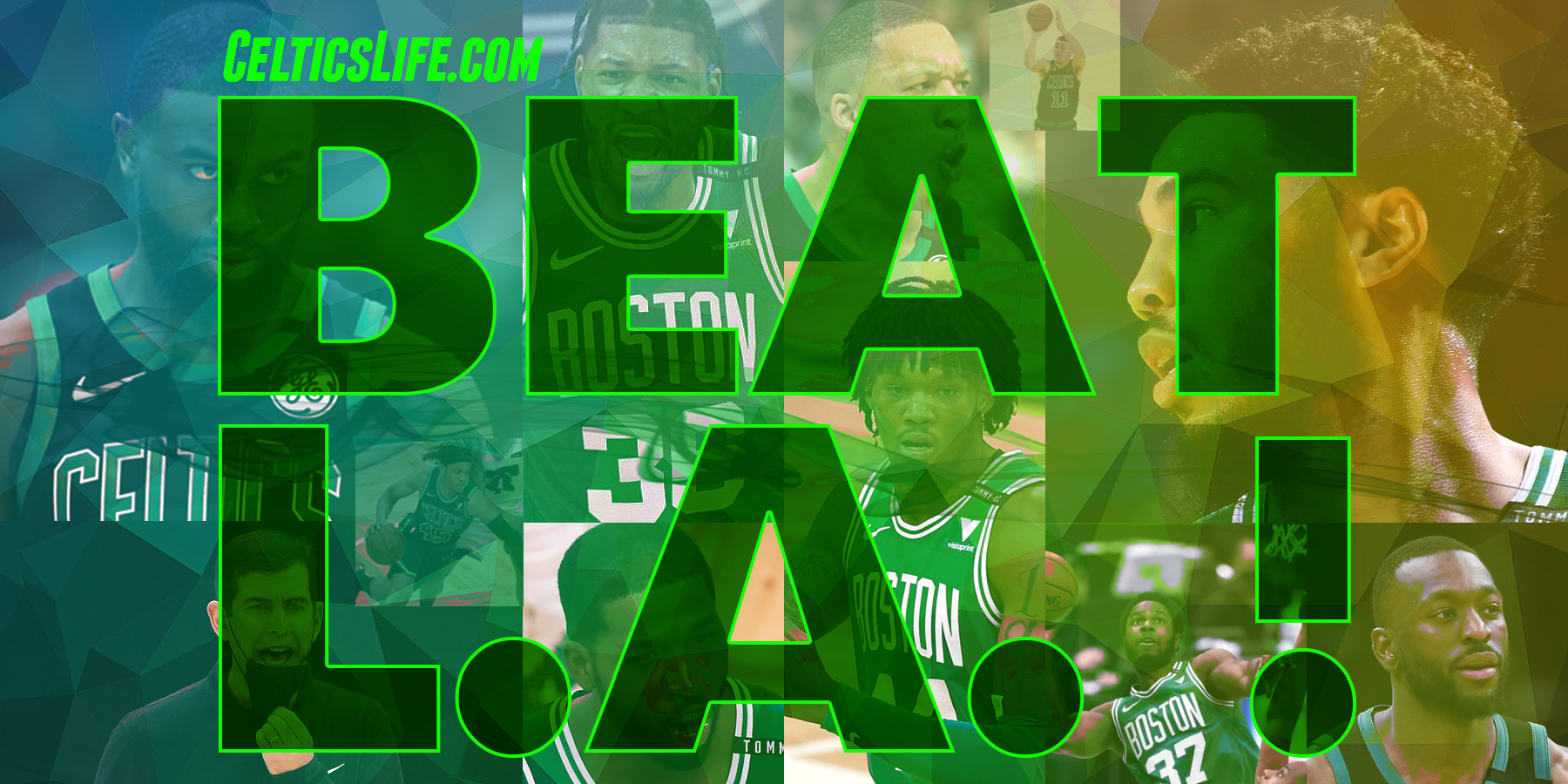 That got a little too close for comfort at the end. Celtics even had to bring Jaylen Brown back in. But a win is a win. And make that 5 in a row for the suddenly streaking Celtics. The final score was 121 to 113, but that's just because the 3rd string were all auditioning for the waiver wire during their late 4th quarter stint.

The great thing about EK's BEAT LA pic above is it works before the game, during the game, and afterwards. Tense versatility! Speaking of versatility, Jaylen Brown couldn't miss tonight (Doesn't really have much to do with versatility, but it's almost 1AM back in Boston, so some slack please).

Brown finished with 40 points on the night. The Celtics sweep their West coast trip and head back to Boston now with their heads held high. 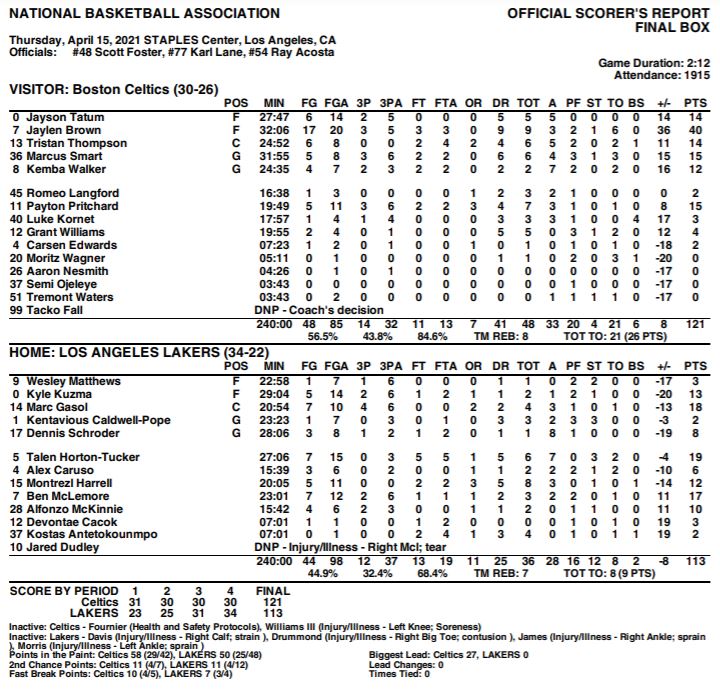