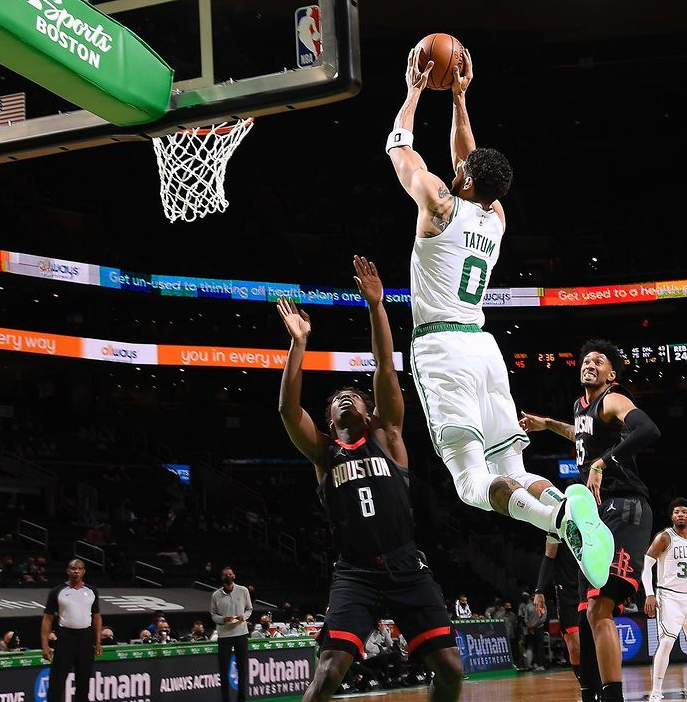 The Celtics picked up a 118-102 win over the Houston Rockets at the TD Garden. The Celtics improve their record to 24-25 on the season as the Rockets' record is now 13-35. This wasn't the prettiest victory ever, but a victory nonetheless.
The story of the night was Timelord. He had his best performance as he flirted with a triple-double with 20-9-8. He looked aggressive, and showcased his athleticism. Robert Williams looked better than we've ever seen him, and with the minutes he's been getting, let's hope he's able to develop into a player that can play like this on a consistent basis.
The Jays did their thing tonight per usual as they combined for 48 points. Jayson Tatum had a near double-double 26-9 while JB was able to secure a double-double with 22 points, and 11 rebounds. Kemba Walker and Marcus Smart did a great job distributing the ball today as they each were racking up on assists. Evan Fournier had his best game as a Celtic as he had 23 points, and had 20 of those come in the 4th quarter. Fournier in the 4th was what the Celtics need, and hopefully it'll be consistently throughout the game from now on rather than the last 12 minutes. Although he had a slow start, Fournier had his career-high for 3's in a game with 7.
Christian Wood was a problem for the Celtics tonight as he finished with a double-double as he had 19 points while securing 10 rebounds. Wood has emerged as a top candidate for the Most Improved Player award this season as he came into this game nearly averaging a double-double with 21.2 PPG, and 9.7 RPG.
The Celtics will play their next game on Easter as they host the Charlotte Hornets in Boston. The Hornets will be without their rookie LaMelo Ball so unfortunately we won't be able to watch him perform, but we'll see our old pal Terry Rozier as they will tip off Sunday at 6:00. Happy Easter!
Read more from George Dimis HERE!
Follow me on Twitter: @GWDimis