Who Rocked It Best? Number 99

This week on Who Rocked It Best? let's consider a number that's rarely been seen in basketball, but common enough to have been rocked by as many as three Celtics, past and present.  The number is 99, and the three C's are: Jae Crowder, Darko Milicic, and Tacko Fall.
Jae is one of the earlier foundations of the Brad Stevens era after arriving in 2014 from Dallas in the package for Rondo.  A hard-nosed defender and decent scorer, Crowder played some of his best ball in two-plus seasons in Green, starting 162 games, averaging 13 points, five boards and two assists, and helping the C's to the ECF in '17.  He was traded the following year along with IT4 to Cleveland for Ky... a player who shall not be named, and has since been balled for four other teams in four years.

Darko probably had the shortest stint of any Celtic (or anybody in any career, for that matter) ever, appearing in all of five minutes in one game for the 2012-'13 squad.  Infamously selected second overall in the '03 draft after LeBron and before Carmelo, Darko was a highly-touted young (18 years old at the draft) prospect out of Serbia, who learned and earned a ring as a rookie with the '04 champ Pistons.  But beyond his size (7'0, 250 lbs.) and few flashes of talent, Darko is generally regarded as a bust, who was dubbed "The Human Victory Cigar", as he only saw the floor whenever the game's outcome was already determined.  Signed by the C's in '12 as a low-risk backup big at the tail end of the Truth-KG-Rondo window (Ray was already gone), Darko played his five minutes before asking to be excused from the team to attend to a personal matter, and never returned.

Tacko, as of this writing, is already averaging more minutes (6.8 mpg) in Green than Darko did, and with the recent trade of Daniel Theis, has the chance to take even more meaningful playing time at the 5 spot.  At 7'5, Tacko has a wingspan of 8'4 and a standing reach of 10 feet, which accounts for his standing dunks and makes him an easy target for alley-oops.  Currently averaging 3 points, 2.5 rebounds, and just under a block a game, Tacko got an earlier call into the game last Mar. 27 against the Thunder, subbing for the Time Lord, and finishing with 4 points and 5 boards in the win.  If he keeps this up, he should redefine "Tacko Time" into more significant appearances and contributions.
So what do you think, CelticsLifers?  Which 99 do you got?  Let us know! 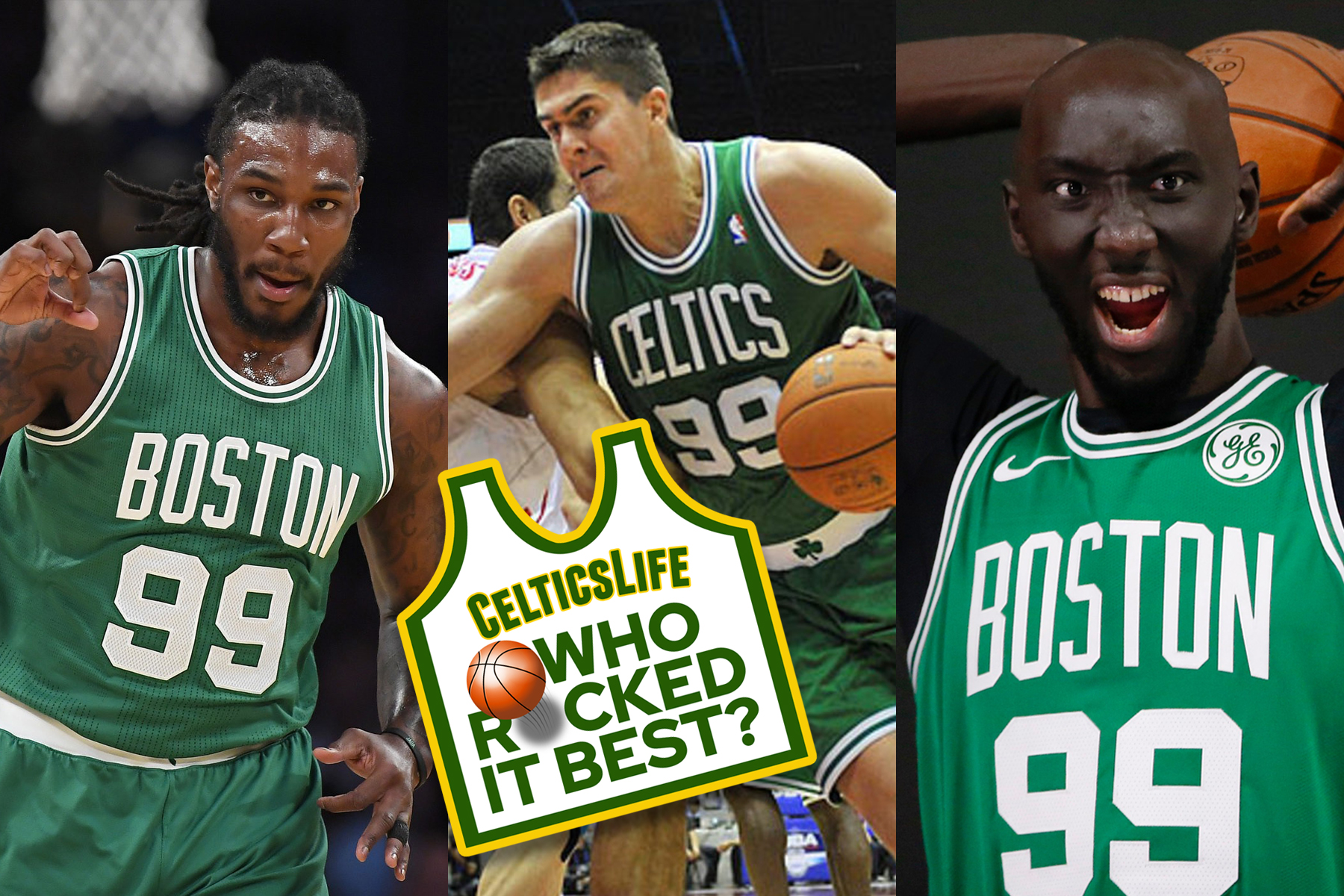