Who Rocked It Best? Number 27

On this week's Who Rocked It Best? we offer jersey 27 and three who've made it noteworthy: Jordan Crawford, Kevin Stacom, and Daniel Theis.
Crawford wore the number for roughly just a year, from the time Ainge acquired him in February 2013 and dealt him in January of the following season.  But through his short stay in Boston, Crawford was a colorful though enigmatic character, capable of starting a few nights, scoring a ton, and winning Eastern Conference Player of the Week, then falling into a rut and finding his way back to the bench.  But in spite of his inconsistencies, Jordan provided energy and personality for the struggling 2013-14 C's and most fans appreciated his effort.
Stacom rocked the 27 for the longest (for now), as he owned it for five seasons ('74-'79) with the C's.  Recognized as a defense-first 2, Stacom earned his stripes leading the full-court pressure and knocking down the occasional midrange jumper.  Unflashy but steady, Stacom earned a ring for his efforts as Jojo White and Charlie Scott's backup on the '76 Champs.
Theis, of course, is Boston's latest employee 27, and key member of the bigs conglomerate along with Tristan Thompson and the Time Lord.  The 28-year-old German import has spent the past four seasons in Green and is producing his NBA best offense in the ongoing campaign.  Currently averaging 9.4 points, including 1 3P made and 2.2 3P attempts per game, Theis' increased offensive aggressiveness has helped the C's weather scoring shortfalls caused by injuries and health protocols.  Now if he could only make better friends with the referees ...  :-)
So CelticsLifers, what do you think?  Which 27 Rocked It Best?  Let us know! 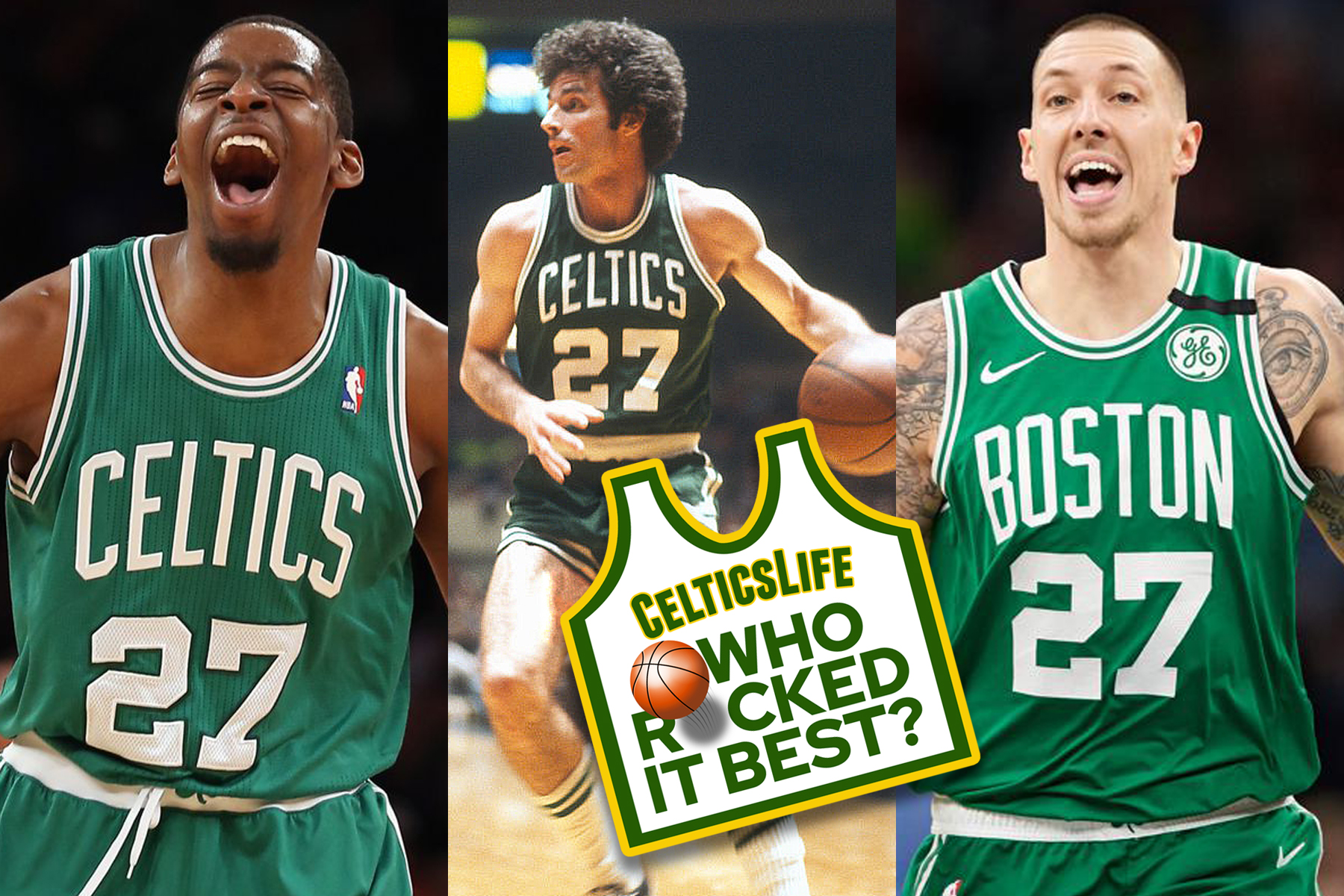