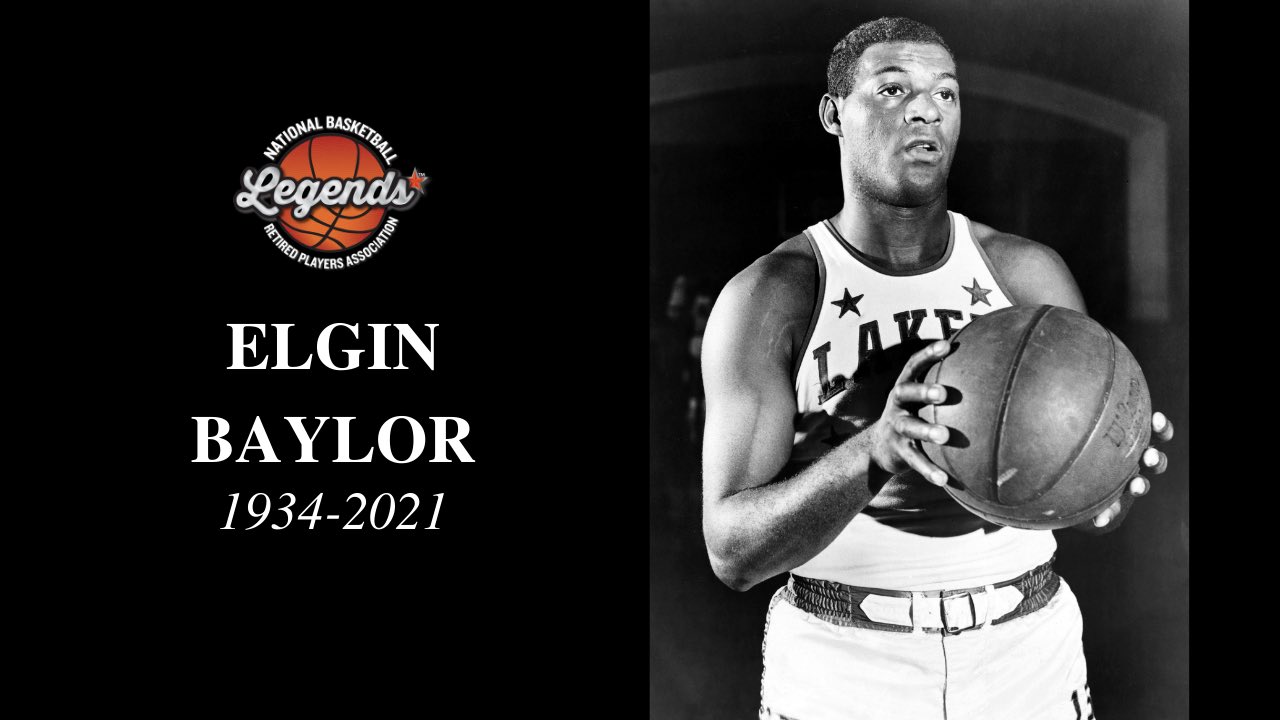 The NBA has lost some historic legends over the past year. Today we lost the great Elgin Baylor. The 11 time All-Star began his Hall of Fame career with the Minneapolis Lakers where he won both Rookie of the Year and All-Star game MVP honors for the 1958-59 season. After one more season in Minneapolis the Lakers moved to Los Angeles. Baylor would play his entire career for the Lakers franchise.

Despite making the All-NBA team ten times, Baylor never won an NBA championship. He set the NBA finals single-game scoring record with 61 points against our Boston Celtics in the 1962 Finals. Not all the greats won championships, especially if your career coincided with Bill Russell's. If Baylor had played in a different era, he very likely wins multiple rings.