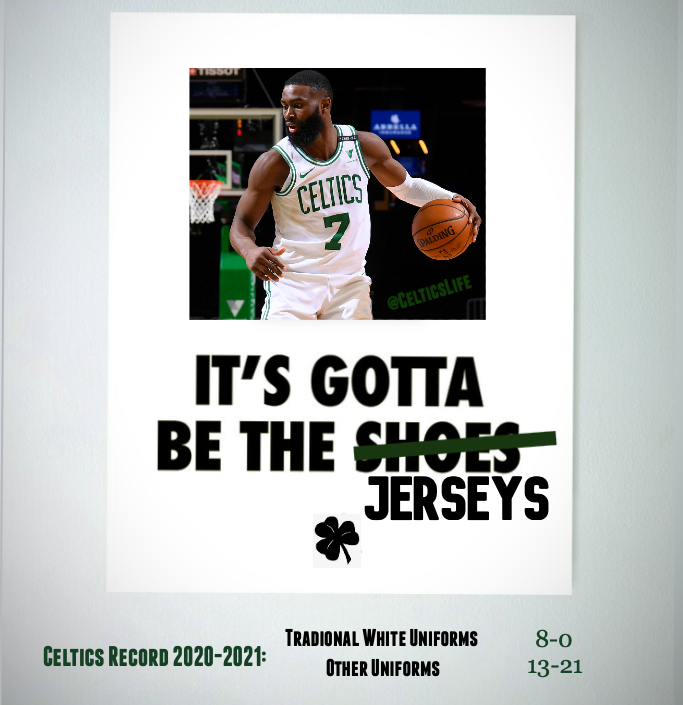 The Orlando Magic had a total of eleven 3-pointers. Jaylen Brown finished with just one less all on his own and the Celtics after a poor first quarter handled business the rest of the way to get back to .500. It was a rare Sunday matinee win for Boston this season.

Jaylen led the way with 34 points while his partner in Jay's, Tatum added 23 of his own (5 of 8 on 3pt attempts). Daniel Theis had a double double with 13 and 11, as Boston played this game without Tristan Thompson, who is still out due to COVID Health & Safety protocals.

The Orlando Magic were led once again by their All-Star center Nikola Vucevic. Vuc finished with 22 points and 13 rebounds. One player who the Celtics are reportedly pursuing is Aaron Gordon. He struggled with his shot, but was active. The Magic aren't very good and played today without Markelle Fultz, Cole Anthony, Jonathan Isaac,Terrence Ross and Mo Bamba, but at this point a win is a win.

If Jaylen hits another 3 to tie Marcus' team record or two of them to surpass it, Smart in the next week is totally going to try and pull a Bird and get that record back (like when the Legend went for 6o a wk after McHale had 56).

"I wish somebody did tell me... I would have fired up five or six more to make sure I beat Marcus"

Jaylen Brown spoke with @ChrisForsberg_ after scoring a career-high 10 three-pointers in the Celtics win over Orlando pic.twitter.com/Q6JTotgSBu

"I think our defense is structurally improving," says Brad Stevens.

Coach Stevens: "Guys really played with the right mindset today ... It was a step in the right direction, for sure.”

They decided if they hit their 3 point shots instead of missing them that would help.

Proof is in the pudding. https://t.co/RLDs6vNgAm 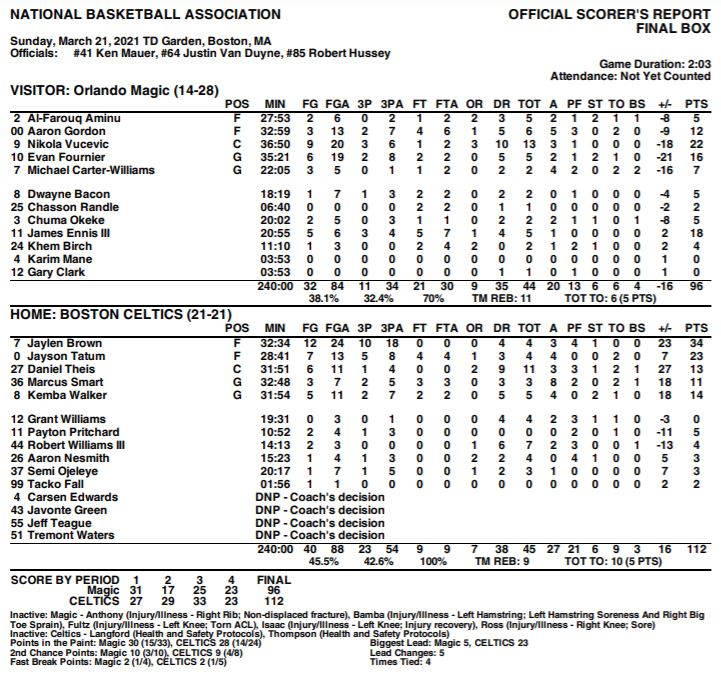