Ja Morant leads Grizzlies to victory over Celtics in OT 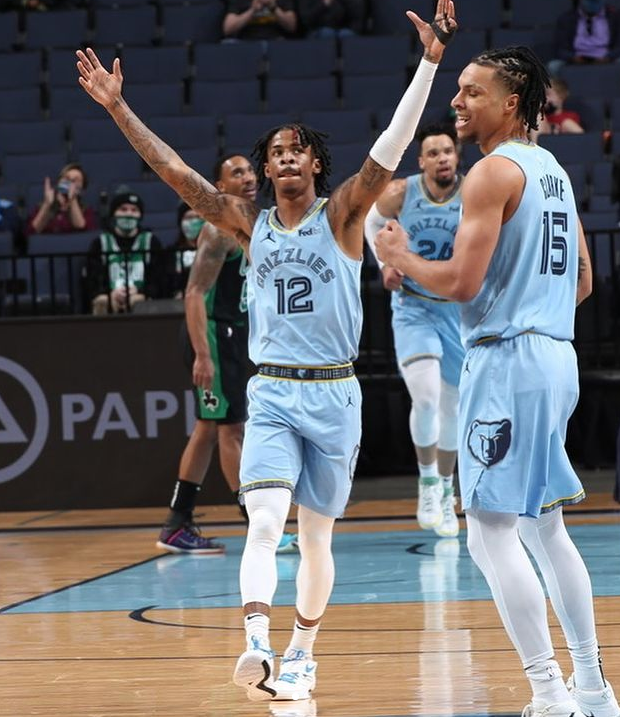 The Celtics will be leaving Memphis with a loss. Boston loses the second night of their back to back to drop their record to 21-22. The C's are now below .500 as the Memphis Grizzlies improved to .500 with a 20-20 record. The Celtics had a nice comeback to force overtime but were outplayed in the last 5 minutes to lose 132-126.
The Celtics, who were without Kemba and Jayson Tatum, were led by Jaylen Brown. JB had 27-9-5 on 11/23 shooting, but it wasn't enough for the victory. Jeff Teague pitched in with 26 points and 6 assists as he was placed in the starting lineup with Kemba out. Boston also had Grant Williams and Robert Williams III both put up 10+ points off the bench. Timeloard finished with 4 blocks to go along with his 17 points and 6 rebounds.
Memphis was led by their young guard Ja Morant. Ja had 29-5-9 on 12/25 shooting. Ja Morant also had an insane alley-oop, and almost had a poster that you would've seen on many highlight reels. Ja has an incredible amount of explosiveness and lack of fear regardless of the defender in his way. Dillon Brooks also gave the C's trouble with 24-7-7, and Jonas Valanciunas was able to secure a double-double with 16 points and 19 rebounds.
The Celtics now travel to Milwaukee to take on the 28-14 Bucks. The Celtics will be looking to grab a victory at the Fiserv Forum to get back to .500 on the year. That game against the Bucks will tip off at 7:30.
Read more from George Dimis HERE!
Follow me on Twitter: @GWDimis