Is a trade involving Marcus Smart really worth doing at the deadline? 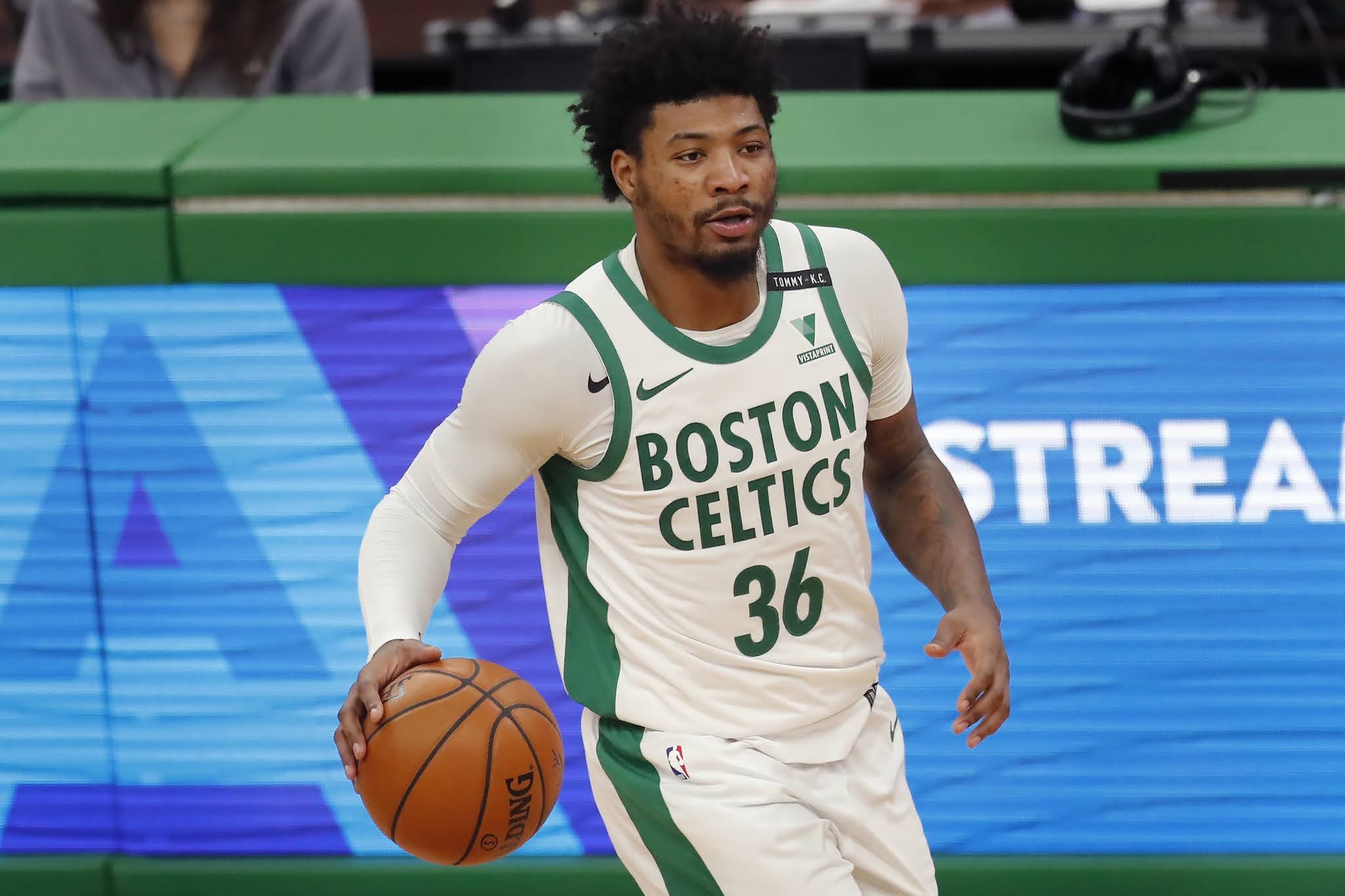 The trade deadline is on Thursday at noon. For the past month or so it feels like the Celtics have been involved in trade rumors with anyone who is on the block. When I was younger and social media wasn’t such a basketball news powerhouse like it is now, trade rumors were fun. They aren’t that fun to me anymore because there are so many rumors and then only like 1 or 2 big trades really happen. It all seems like speculation and bullshit to me for the most part, especially when most of the rumors out there involve the Celtics. When Marcus Smart gets involved is when I feel like I need to step in and say something.

Aaron Gordon has formally requested a trade from the Orlando Magic, sources tell @sam_amick & me. A deep dive his trade market, the Celtics’ pursuit of John Collins & how Marcus Smart and Bogdan Bogdanovic could be involved.

First of all, to all you Marcus Smart haters/nonbelievers out there, I obviously understand the temptation of a hypothetical Smart/Thompson for Collins/Bogdanovic deal. Short term wise, it seems like it gives the Celtics more of a fighting chance this season by adding an All-Star caliber player and a much needed shooter. We wouldn’t need to rely on the Jays as much to score as we currently do, which would be nice. Long term wise, is still intriguing as well. The Celtics would only have Collins for a year, as he will probably move on to get close to a max contract after the season as an RFA, but Bogdanovic is only in the first year of his 4yr/$72 million (which is a little high, in my opinion). If this trade were to happen, the Celtics would at least be able to hold on to Bogdanovic, but no chance they can sign Collins for the year.

It’s a tempting situation but here’s the thing: if the Celtics were to acquire Collins and Bogdanovic for Smart and Thompson, would that still be enough to win a championship this year? Probably not. I mean if you look at the top tier teams like the Nets, Lakers (when healthy), Clippers or even the Sixers, it still seems like the Celtics would be a step behind. They’re in a tough position right now, so if we make a trade that includes one of our most valuable players like Smart, then it has to be worth it. If we don’t trade Smart, he still has a year left in his 4 year contract, so we’d at least get another shot with him next year and possibly re-signing him again in 2022. I personally don’t like the idea of trading Smart for Collins, then letting Collins walk after potentially losing in the second round to the Nets or something.

A deal like this also wouldn’t guarantee the Celtics to get better than they already are. Collins and Bogdanovic are both great players for sure, but if it requires Smart then the Celtics would be getting worse in a couple areas. They most likely would be even worse than they already are at defense. They would have no one who is capable of covering the opposing team’s high tier guards. Smart is the defensive anchor for this team, so getting rid of him would mean that the Celtics would need to find another way to gain defensive energy, which they have been unable to do as we saw. He’s usually the player to make the big time defensive/energy plays at the end of games, as we have seen countless times before. Getting rid of that, knowing how bad the team already is in the fourth quarter is very risky.

Smart is also probably the Celtics’ best playmaker as well. He knows where to be on the offensive end, where to find his teammates and he loves to make the extra pass. In yesterday’s game you can tell that his presence made a huge difference to the Celtics’ passing game. This clip below demonstrates his vision.

"THAT is the basketball gods rewarding the Celtics"

Another thing about getting rid of him is that it could just be an awkward situation for the players and the organization. Players in the past have previously said how much of a leader that he is and how much they enjoy playing with them. I highly doubt any of the players/coaches want him to be traded .I mean he really is the heart and soul of this team, so risking him for a slim chance to win a championship this year with a young and developing core seems nuts to me. I should also mention that a good amount of fans would stop watching the Celtics all together if this happened.

This may all come out biased because I have been a Marcus Smart defender for a long time now, but trading him for this deal just isn’t the move. Maybe if Collins had at least another year in his deal, then I’d be way more willing to want to do it, but in this situation it doesn’t seem worth it. I just don’t see the Celtics winning a title this year, so why even bother messing up our core when we have another chance at it next year. The tricky thing for the Celtics approaching the deadline is that Smart may be the most valuable asset we have to be able to trade. Any big deal with another team would have to involve Smart, but I don’t know how willing Ainge would be to make a deal involving him this season. If we are unwilling to trade Smart, then a big deal probably won’t happen on Thursday.