Could Kelly Olynyk be shipping back up to Boston? 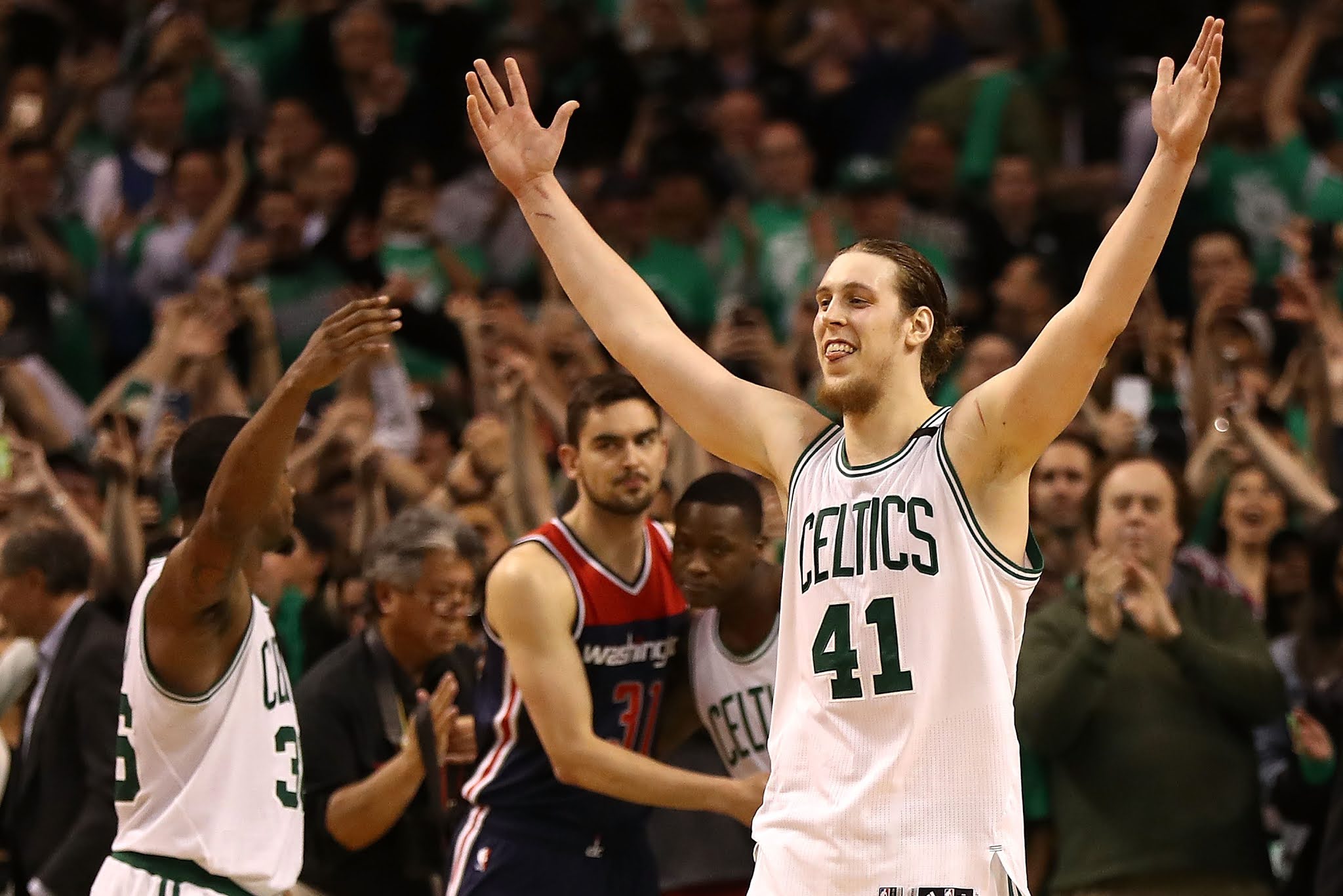 Lost in the hoopla of yesterday's comings and goings was the fact that the Celtics now don't have a stretch center. They used to have three, but in the summer of 2009, Aron Baynes was traded and Al Horford left in free agency. Daniel Theis subsequently stepped into a much bigger role last season as well as this year. Boston struggled with a traditional center in Enes Kanter starting last year. Come playoff time when rotations shorten, Stevens could only play either Kanter or Robert Williams off the bench.

I'm sure the Celtics first choice is Andre Drummond, but saying there are no guarantees he picks Boston is an understatement. If Drummond does pick the Celtics, my guess is Tristan Thompson will get bumped from the rotation and become an expensive extra big who would rarely play. I can't see them doing that to Time Lord at this point. You can not play any combination of two of Drummond, Time Lord, and Thompson together. Teams in the new NBA ideally have 5 guys out there that can hit the 3, often times only 4, but rarely if ever only 3. Especially teams that win.

So while the goal of trading Theis was to get under the luxury tax, Theis happened to be the casualty. I'm almost positive Ainge would have preferred to move Thompson, who makes twice as much, will very likely be on the books next season, and is a traditional big.

Enter Kelly Olynyk. The former Celtics 1st round selection turns 30 in a few weeks and is in the final year of the lucrative contract he signed with Miami in the summer of 2017. Like Luke Kornet and Moe Wagner, his inclusion in a trade was not because the other team wanted him, but for contract reasons. Houston wanted a first rounder for Oladipo. To get one from the Heat and for Miami to take on Oladipo's salary Miami parted with expiring contracts Avery Bradley and Olynyk.

There will likely be a small window in the next week or two where Wagner and/or Kornet get shots to claim that 3rd big role. And that sometimes happens. It's called found money. Like you didn't really want a certain player, but with NBA trades additional players are often included who fit this category. Celtics received a bunch of them when they traded Pierce and Garnett to the Nets for picks. Some of these guys end up getting shots. Kris Humphries was a much more established player than Wagner when Boston acquired him, but the point was he wasn't in Boston because the Celtics wanted him, but since he was there he played.

From what I've heard the Celtics are seeking to add another big. That means Wagner and Kornet aren't in the plans. Kelly Olynyk has kind of disappeared since he left Boston. Not completely, but I believe the Heat had buyer's remorse pretty quickly on that contract. The Celtics of course wouldn't be getting that contract. They'd get him for the minimum. And I'm sure back in 2017 if Ainge could have kept Olynyk for the minimum, he would of.

So is Kelly still the same player he was in Boston years ago? His 3- point percentage is way down this season, but you don't just forget how to shoot 3's at the age of 29. It would be pretty safe to assume if you signed Olynyk, he'd hit more at his career 37% from beyond the arc than this season's 32%.

Who would you rather the Celtics add:

A plus with Olynyk is he knows Brad's system. There wouldn't be the same growing pains you'd get from adding a different big. He's a good passer, which is an underrated, but important part of big men's games. He doesn't block shots, but he's a decent rebounder. Also if you planned to start Time Lord and planned to have Tristan be the back-up big, Olynyk might be a solid choice as the 3rd big for when you want to give a different look. Again if Tristan had been traded and you still had Theis, having your third big be a stretch one would be less important.

Why did the Celtics trade Daniel Theis for Mo Wagner? https://t.co/ze1wIbgrGr pic.twitter.com/dHPw0rAmO4

One area of concern with Olynyk is position. When he came into the NBA in 2013 he was a 4. He had the height to be a center, but his short arms made him much more of a 4. His ideal position now is the 5 and as the only big on the court. You could play him for stints next to Time Lord or Tristan, but that's not ideal and those line-ups would likely be exposed. It didn't really work with Theis next to either traditional big and Theis is a better athlete.

I just find it hard to see that as the league goes further and further away from traditional big men, that the Celtics would have a rotation with no stretch bigs. So if it's not Olkynyk, maybe they do just try and get by with Wagner. Or maybe there is another stretch big available. And speaking oif being available, we haven't gotten any confirmation that the Rockets will buy out Kelly. I don't really see them playing him as they are in tank mode and want to just play Wood and other young bigs. I'm sure if approached them about a buyout, they'd definitely give him one. And when bought out, I can't see why Boston wouldn't be his first choice. He had his greatest success here under Stevens.

Chad Finn is definitely more gung-ho that Olynyk would be the perfect fit. I'm more, "Hmm that's interesting. He's a stretch big, you'd get him for the minimum and the team has won prior with him having a significant role, so sure why not?" Since you're already adding a 20 point scorer to the rotation in Fournier and that will take some adjustments, I could see the benefit in not drastically changing your offense to accommodate not having any stretch bigs. In the middle of the season mind you. So what say you? Would you like to see a reunion?