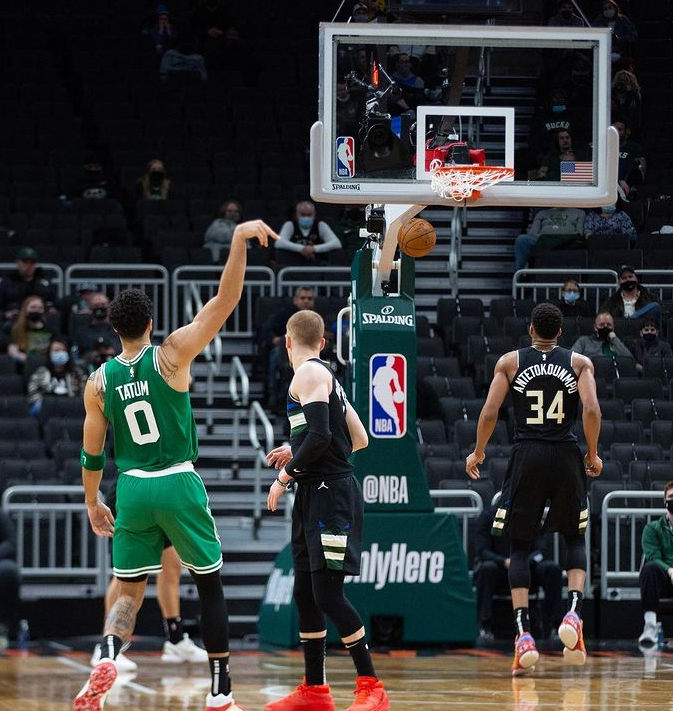 The Celtics and Bucks split their two-game series as Boston prevailed with a 122-114 win in Milwaukee. The C's now improve their record to 22-23. It was a totally different story than their game against the Bucks the other night. The Celtics hit 22 3's as a team while shooting an efficient 46.8% from deep. Boston came to play today. You can see it in their energy, and it paid off with a big win.
The Jays were able to get 52 points as a duo in Milwaukee. Jayson Tatum was hitting shots from all over the floor tonight. He shot 13/18 from the floor, and put up 34-6-7 in this victory. Jaylen Brown had a solid night as well with 18 points while shooting 4/9 from behind the arc.
Timelord is finally getting some real minutes. Robert Williams made his 4th career start tonight, and put up 7-9-6. Rob in the 27 minutes he played, was huge on the defensive end as he was able to get 5 blocks. Kemba had another good night as he was able to get 21 points on 6/16 from the field. Marcus Smart had the hot hand as he was able to knock down 7 3's to finish with 23 points.

For the second straight game, Celtics did a solid job 'slowing down' the Greek Freak. Giannis Antetokounmpo shot 6/12 against Boston and finished with 16-8-5. Khris Middleton scored 19 against his favorite team, and was firing from three-point range. Jrue Holiday also pitched in with 17 points, but it wasn't enough for the C's tonight.

The Celtics will now travel to OKC to take on the Thunder. That game tips off at 9:00, and it could very well be the first time we see newly acquired Evan Fournier in green. The former Orlando Magic was dealt to Boston before the trade deadline yesterday, and it'll be fun to watch him with the C's. 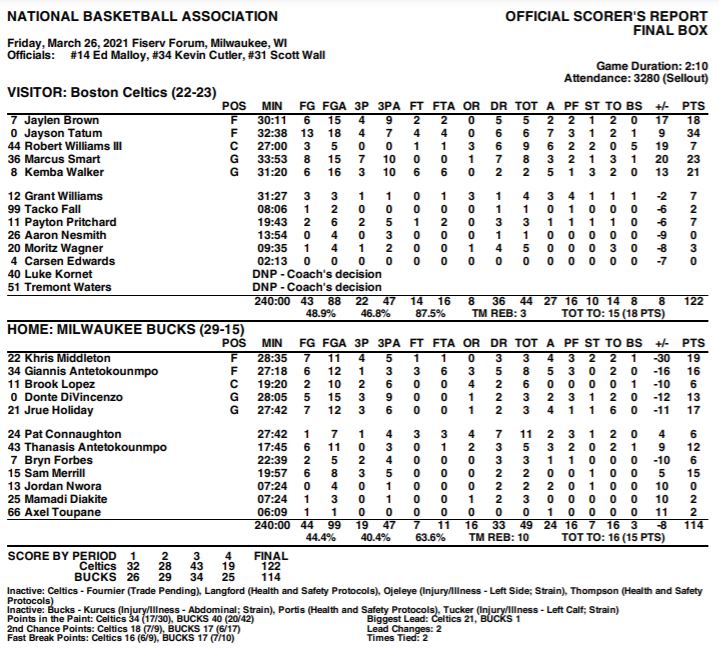