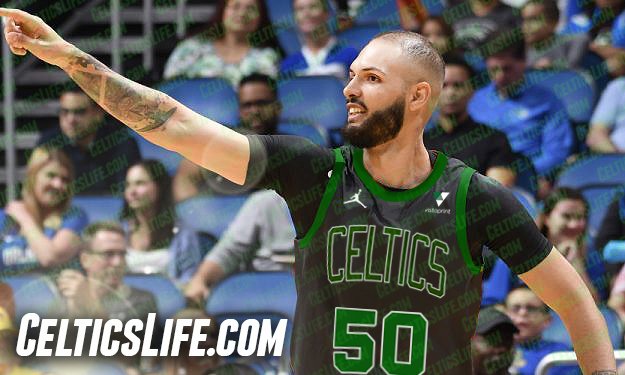 Hi @celtics fans,
If you're not familiar with me, please Google my last name.
You're welcome.
🍀

Evan Fournier is averaging 124.3 points per 100 shot attempts this season. That's the highest total among Celtics guards/wings by a comfortable margin -- Jaylen Brown is second at 118.3.

If the cost what I'm hearing is only two second round picks this is a very good deal for the Celtics. Fournier is a 20 point scorer who while doesn't have the name cache of an Aaron Gordon is absolutely worth two second rounders. Sometimes these reports are off, so let's hope that’s the trade.

With that said, Ainge reportedly is still trying to trade for Aaron Gordon. scratch that. Gordon has been traded to the Nuggets for a package that appears less than what Ainge was reportedly offering.

Still expecting the Celtics to add one more player in the buyout market. My guess is Ainge is trying to unload a couple players now for the roster spots. Fournier and Drummond wouldn't be the worst by any stretch. Plus you didn't trade Smart or any firsts,