A Few Facts ‘n Figures from a ‘Flicted NBA Half-season 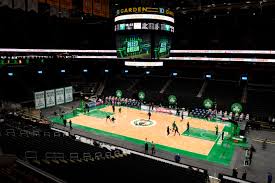 Through 72 playing dates and despite roughly 30 COVID-related postponements, Silver & Associates have succeeded in staging 533 made-for-TV events, not quite half of the 1,080 its proposed regular season would require. That leaves 547 games to be squeezed into 68 consecutive dates, a smidgeon over eight games per day, every day.
The rate of play so far computes to just under 7.5 games per day … and has required 164 contests (31% of all games) involving a team playing the second night of a back-to-back (29 games have featured both squads playing on such tired legs). [I haven’t put a pencil to it yet, but a spike in “second-nighters” during the duration is inevitable, barring an extension to the season and delay in the start of the post-season (unless perhaps they choose to scrap the “play-in” for the final playoff spots).]
Home-Cookin’
When the NBA’s 2019-20 season was interrupted after 971 games about a year ago, “Home” teams had emerged victorious on 535 occasions, posting a winning percentage of .551 – the continuation of a slow but steady downward trend to that ratio.
Four weeks (and 200 total games) into this primarily fan-less campaign, the Homeboys had won merely 102 contests, a .510 rate of success. For the subsequent 6+ weeks and 333 tip-offs, Homecourt Advantage has pretty much matched last season’s dispersal [184-149 (.553)]. 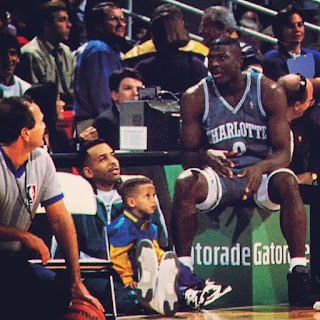 For this season as a whole, “Home” winning percentage has risen from that sluggish beginning to .537 (286-247).
“Bombs Away”!
When young Steph Curry joined the Association for the 2009-10 season, his (actually, Don Nelson’s) Warriors were one of only seven NBA teams to attempt 20 3FG’s per game – the league average was 18.1 for a usage rate (3PAr) of .222.
During last season’s 971-game “normal” stretch, the Indiana Pacers 28.0 per-game 3FGA’s placed them No. 30 in a league that averaged slightly over 34 long-balls per team per game (a 3PAr of .384).
This season, the usage rate is nearly 40 percent (.395) and four squads (Jazz, Blazers, Rockets and Raptors) average 40+ attempts per game.
While that stylistic evolution can “ruffle the feathers” of many of us old-schoolers, there is mounting evidence that THREE really is greater than TWO … the team that makes more three-point shots is winning better than two out of every three games so far this season, 340 wins against just 163 losses (30 games even), an impressive .676. [Through the hiatus last season, that winning percentage was .623 (562-340-69).]