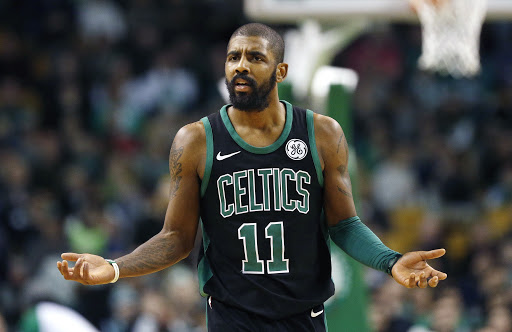 Celtics fans will tell you that there is a lot wrong with this year's Celtics team. Some people will mention their thoughts on the way Brad handles the roster, or that Danny isn't making the moves they need to compete, but when Celtics' owner Wyc Grousbeck was asked about the Celtics struggling, he gave a reason I'm sure none of us were expecting, Kyrie Irving. 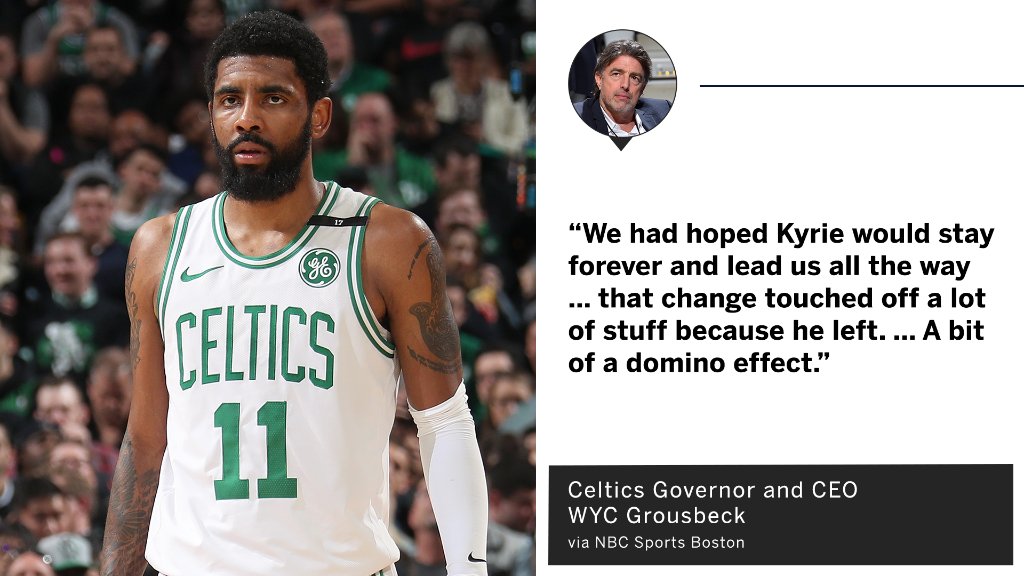 Kyrie Irving? I'm sorry but this is just a sad quote. If I'm Wyc, I'd be embarrassed to even think about saying this to the public. Do I agree that the Kyrie departure hurt the Celtics' timeline? Of course. Do I think that the Kyrie departure is a reason why the Celtics, who were just a couple wins away from the NBA Finals just a few months ago, are now 15-17 and in 9th place in the Eastern Conference? Absolutely not.
We have had more than a full season since Kyrie left to Brooklyn. We made a deep run in the season without Irving, and made it to the Eastern Conference Finals where we lost to the Miami Heat in 6 games. All of Boston knew we weren't there just yet to raise that 18th banner, but the moves that were made just weren't the moves we needed to improve. We had Gordon Hayward leave in free agency to Charlotte who is having the best year of his career. We added Jeff Teague to replace Wanamaker, and Tristan Thompson to replace Kanter who has been killing it in Portland.
We also have some young talent on the bench such as Robert Williams III, who never gets an opportunity from Brad to put in some real minutes and develop as a player. Aaron Nesmith who was drafted with the 14th overall pick has also been getting limited minutes which holds a player back.  If you're going to trade for draft picks, play the players you're taking with those draft picks. Robert Williams shows tremendous athleticism and effort when he's inserted into the game, and if you ask me, he deserves his shot. No player is going to develop into the player we want him to become with limited minutes.
Kemba also isn't the same Kemba that we signed. Walker was a starter in the all-star game just a year ago, but the knee injuries he's been battling seems to have got the best of him. Ever since his return from injury, he hasn't looked the same. He started this season late to give his knee the extra rehab it needs, but he's still been struggling. All his numbers have taken a dip and he now has a field goal percentage of 37.5% for the season.
That is why we've been struggling. Not because Kyrie left us two years ago, but because we didn't make the necessary moves to put us back as contenders. I don't agree with the rotations Brad has put together. I don't agree with the offseason moves Danny has made or the lack of offseason moves Danny has made. And I definitely don't agree with a sorry ass excuse like blaming Kyrie for your current struggles two years after the departure.
Read more from George Dimis HERE!
Follow me on Twitter: @GWDimis