Who Rocked It Best? The All-Star Duos Edition

With yesterday's announcement that the Jays made the All-Stars, let's take a look at a few pairs of Celtics who made the All-Star Game together and ask, Who Rocked It Best? The All-Star Duos Edition.
Ever since the NBA launched the midseason special in 1951, Boston has had two or more Celtics appear together in the All-Star Games, with as many as four players, three times: 1962 (Bill Russell, Bob Cousy, Tommy Heinsohn, Sam Jones), 1975 (Dave Cowens, John Havlicek, Jojo White, Paul Silas), and 2011 (Paul Pierce, Kevin Garnett, Ray Allen, Rajon Rondo).
The C's also have had three players in the ASG 33 times, and two players 14 times - including Tatum and Brown.  Jayson and Jaylen, though, are the first pair of Celts under the age of 25 to make the ASG together since Bob Cousy and Ed Macauley did it in '53 (both were 24).
For your consideration today - here are some of the Celtics duos who rocked All-Star threads together.  Jayson and Jaylen, Al Horford and Kyrie Irving, Kevin Garnett and Rajon Rondo, Antoine Walker and the Truth, Larry Legend and Robert Parish, and Bill Russell and Hondo Havlicek (with Red Auerbach in the photo).  Which combo rocked it best?  Let us know! 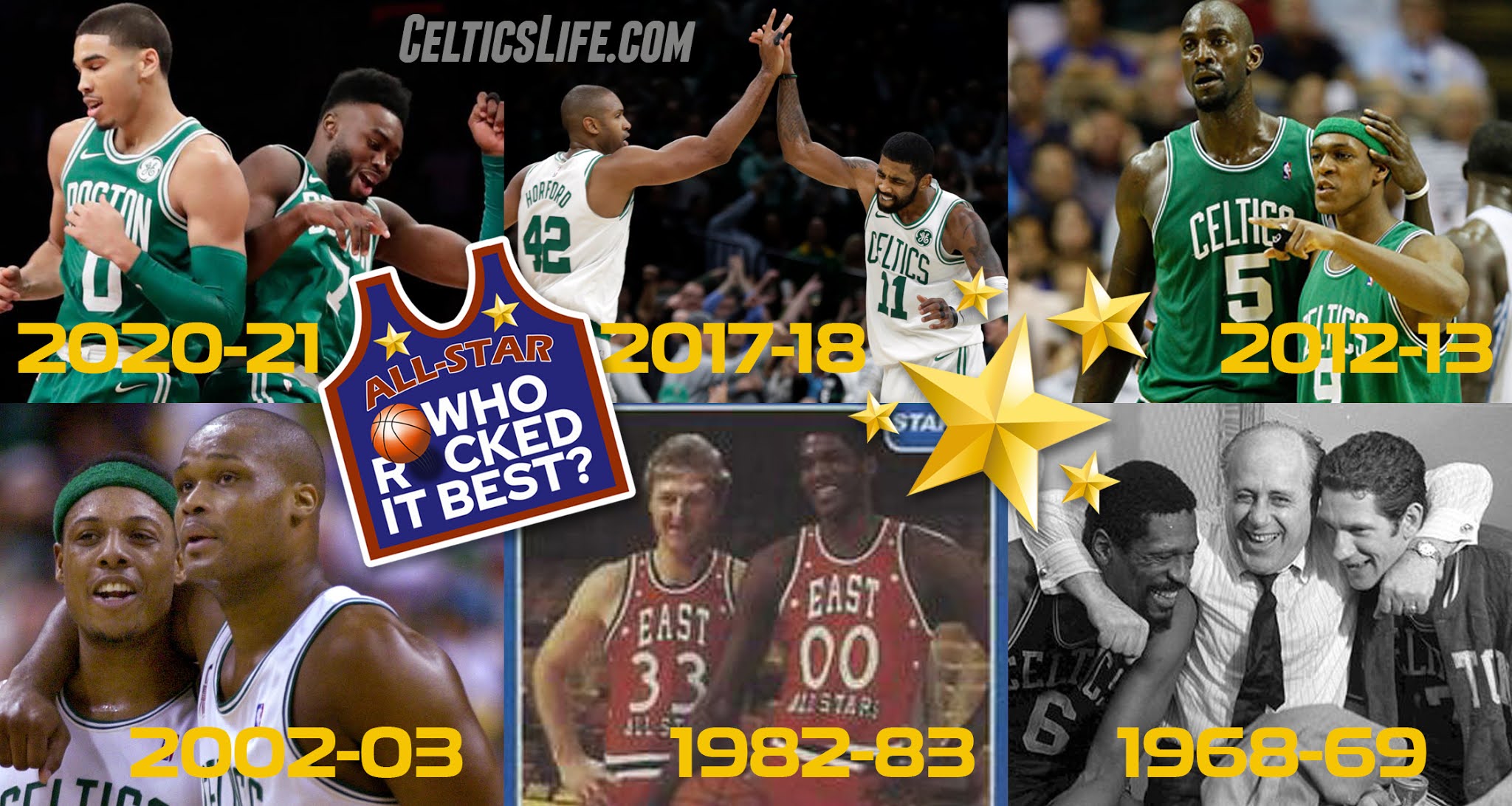