Week in review: Celtics’ struggles put them at .500, are changes imminent? 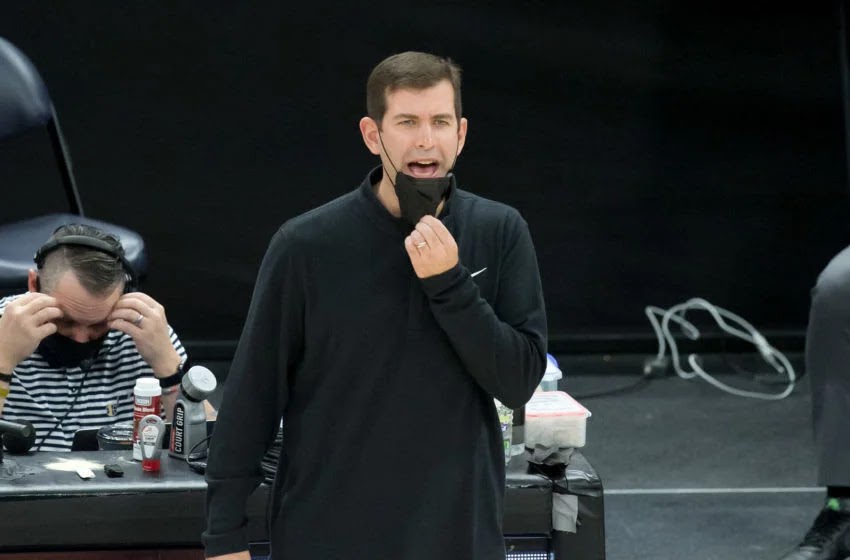 In all honesty, the Boston Celtics look like a pile of hot garbage right now, Washington was playing NBA basketball yesterday while the C's were out there playing squash. Fans and media are trying to place blame on certain individuals, and frankly, the entire organaztion should be embarrased by this past week and all deserve blame. From Jayson and yes even Jaylen, to Brad and Danny, they're all responsible for the resent skid. Boston finished the week 1-3 with their only win coming agaisnt the sub .500 Toronto Raptors whom they already beat once. They kicked off the week with a halfway decent perfomance against Utah in the first half only to have the rails fall off in the second. After Toronto, they were downed once again by the 6 win "giant killers" Detroit Pistons for the second time this season. They closed off the the week with the second consetive Sunday matinee crap fest against Washington where superstar Jayson Tatum finished with just 6 points on 3/14 shooting from the field. Lets get into the takeaways from this week of putrid NBA basketball.
Jayson Tatum is showing fatigue and needs to snap out of it ASAP- The Celtics’ all-NBA star has logged 38.2 minutes lunch Jaylen Brown missed the Sacramento game. While that is not a huge difference from other big stars in the league, it is new for Tatum as he’s never had to put a team on his back the way he does right now. Jaylen Brown is an absolute monster to have as your 1b alternative to Tatum, but it is abundantly clear that Jayson is what drives wins and losses for this club with Marcus Smart out. If JT is on, you’ve got a great chance to win, if he’s not, yesterday and this week proved that Jaylen, Kemba and the cast are NOT enough to get it done. Tatum is in a horrible shooting slump posting just 39% on field goals for the month of February to this point and the newness of the overload of minutes and added importance has taken its toll over the last two weeks and I shows. Lackluster is an understatement for his effort yesterday, and there is no excuse for lack of effort. At the very least you need to give 100% even if you may not be able to go the full amount of your typical minutes, at least your minutes would be meaningful then. While I hate the trend, I don’t think JT will let this last too long as he along with all other players has a stretch like this every year, it’s just more meaningful this year than priors. I have full faith that he’ll be back to form soon especially with the backfire from Sunday’s meltdown.

The entire put in a poor effort this week especially in the Washington afternoon game, which is becoming an annoying trend- The effort on Sunday was nothing short of atrocious. Hopefully Steven’s can nip that in the bud real quick with a strong effort Tuesday against a serious title contender in Denver and possible MVP candidate Jokic. Players were furious after the game Sunday (which would’ve been better served during the game) so I’d would expect them to straighten out quick if they plan to contend and also to save themselves from being shipped out. Players were jogging back, nonchalantly getting in defensive sets, not moving the ball nearly enough, and nobody could make shots with any kind of difficulty. They’ll look to right the ship Tuesday.
The need for a move, preferably sooner than the deadline, is at an all time high- Danny essentially said that there will be moves today and I don’t think anybody in their right mind has an objection to that. Something has to be done, the lack of effort on a regular basis has been extremely disappointing and there is not nearly enough talent surrounding the Jays. Jaylen Brown and Jayson Tatum have vastly improved their playmaking and facilitating this season but it would be even better if their teammates could make a shot outside of the corner. There are rumblings of making a move for Drummond (who does NOT fit in the TPE) but not only would that take too much outgoing salary, but the big position surprisingly has been the most solid for Boston. There should be no hesitation to including guys outside of, FastPP, the Jays, Smart, Kemba, and the Bigs if it means bringing in a talented scorer and or defender to this squad. Romeo and Nesmith could become really good NBA players and I wouldn’t part with both of them unless it’s a no-brained return, but parting with one wouldn’t be the end of the world. Since they’re both relatively unknown but still have high upsides, they could possibly be used in place of a lottery pick in a deal. Nonetheless, the next few weeks of basketball and front office decisions are going to vitally important for Boston.

Danny Ainge on the #Celtics roster:

“There are things I could have done better, I’ll take this responsibility. This is a team that was put together by me, and we’re not playing with enough consistency and urgency. It’s my job to look to see what we can do to improve the team.” pic.twitter.com/Nd5PKdMb9C

Keeping up with the standings:
After dropping three out of four games this week, Boston sits at 5th place in the East with a 13-13 record. They are 4.5 games behind Philly for first place which, surprisingly is only a half game further back from last weeks standings. It is early enough in the season for Boston to go on a run and get back up into the top half of the Eastern Conference. This week, the C’s clash with Denver (15-11) and Atlanta (11-15) twice in three consecutive home games (finally), and then finish the week with another dreaded Sunday afternoon game against Zion and the Pelicans (11-15).