This weeks takeaways: some good developments spoiled by an all-time collapse 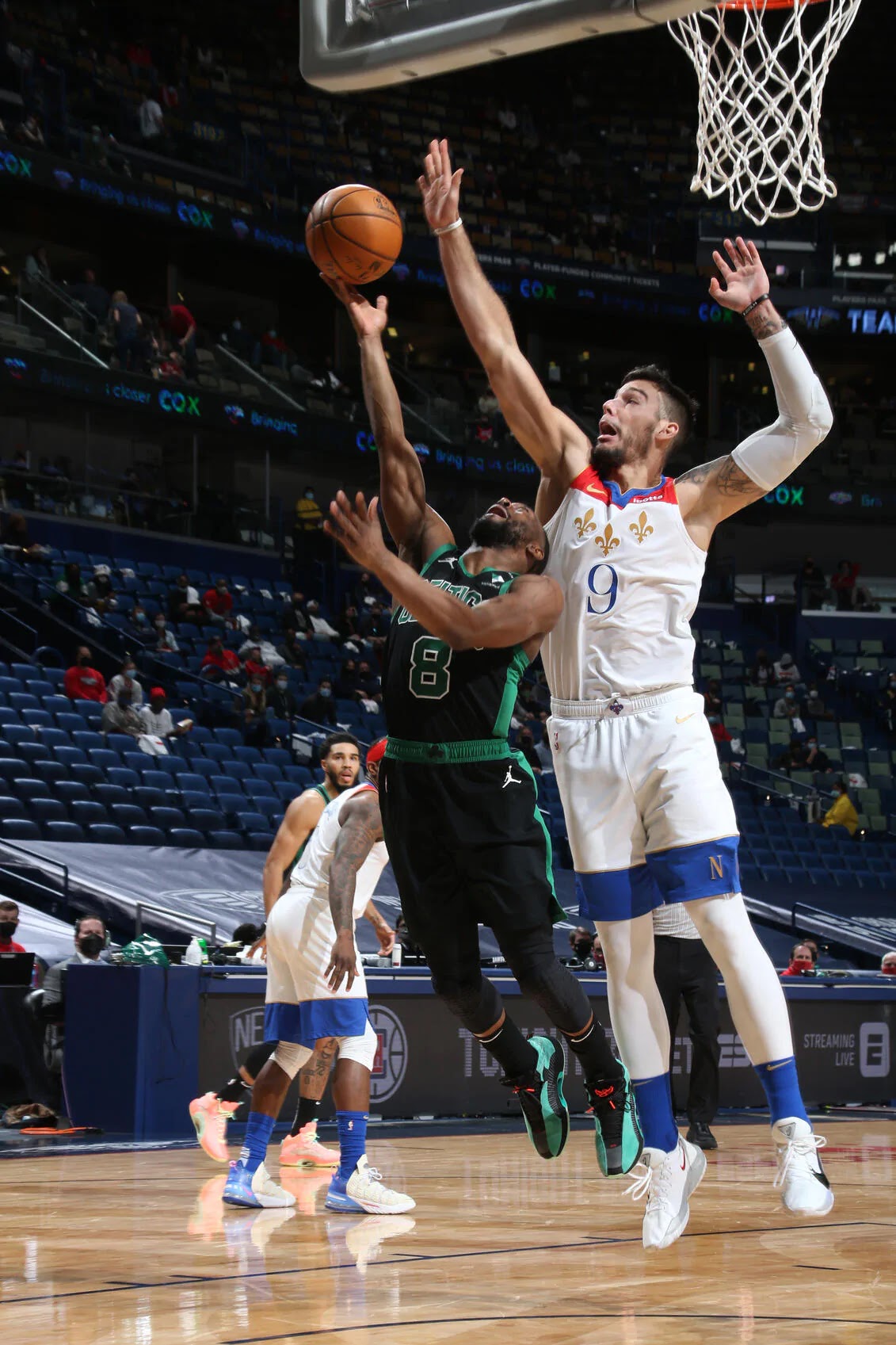 As the entire season has been, this week was a roller coaster of emotions for the Boston Celtics and fans. Boston split the week 2-2. After last Sunday's embarrassing debacle against Washington, the Celts came out strong against Denver and secured the W. Then, in 2021 NBA fashion, they put up dud against Atlanta albeit with three starters missing on the second night of a back-to-back. Boston got to exact revenge on Atlanta just two nights later in the second game of a mini-series when they got Kemba and Theis back in the lineup. Last night, they finished the week off with a heartbreaking fourth quarter collapse against New Orleans. The week was filled with good, but it came with plenty of bad and ugly and ended on the sourest note you could have.
The good- The Celtics saw a few players come alive this week, non more surprising an needed than the 14th pick in the draft, Aaron Nesmith. Rob Williams continued his impressive campaign this week with more highlight plays than some have in their careers as he looked like an absolute freak. As many have been begging for this season, we saw Brad further tighten his rotation for the most part this week as we only really saw nine players receive significant play time. We got to see Tatum snap out of his shooting skid with an efficient 35 points against the Hawks in Wednesdays loss on 52% shooting. His performance proved to not be enough as the rest of the squad struggled to get anything going as Trae Young and Clint Capela did what they want all game long.

What can't Rob do???? pic.twitter.com/i4KacWSux4

Aaron Nesmith was by far the the best development from this week. Of all the Celtics who averaged more than 17mpg this week, Nesmith led the team in plus-minus with a +10.5. Though that is not a perfect stat, it certainly reflects the eye test from this week as Nesmith made hustle plays left and right, and to put it into perspective, the next best plus-minus with significant minutes was Tristan Thompson at just +2.8. Aaron Threesmith averaged 6pts and 5reb in his last five games while playing 24mpg.
The bad- Jaylen Brown has entered a bit of a cold streak for his efficiency standards especially over the past week. In the two games Boston lost, Wednesday against Atlanta and Sunday against New Orleans, JB shot 13/43 (30.2%) from the field and 5/17 (29.4%) from deep. Meaning he had 47 points on 43 shots, NOT good. We just watched Tatum battle through a cold spell which he still is trying to pull himself out of, now it looks as though Brown has his own battle to fight.
The ugly- The C's had a 24 point lead with six minutes to play in the third quarter on Sunday against New Orleans. From that point on, the Pelicans outscored Boston 65-36. That is an all-time collapse. 36 points in about 23.5 minutes of play is atrocious. That rate of scoring would convert to just under 74 points for an entire game. Gross. Also, the Pelicans 65 points in 23.5 minutes of play would conversely translate to just under 133 points over an entire 48 minutes. Equally gross. Boston will need to get it together, and most likely need to trade for a veteran defender/shooter in order to help fix this teams issues. Jayson Tatum had TWO game-tying or go-ahead field goals in the final eleven seconds of regulation and the both get spoiled because of this absolute disaster, and those shots shouldn't have even been needed as it was looking like a blow out in Boston's favor.

Also, Ingram and Williamson scored or assisted on 48 points.

Lets check in on the standings. Currently, Boston sits in 6th place in the east. That is two spots back from this time last week after they've gone 2-2 since last Sunday. They're still just 4.5 games back from 1st place which is only a half game back from their position last week in that regard. They have a 15-15 record and are just half a game behind both Indiana (15-14) and Toronto (16-15) which means they are still in solid position to get to the four seed. After that, they are 2.5 games behind Milwaukee (18-13) for three seed and four games behind Brooklyn (20-12) for second place. Considering the abysmal play from the Celtics lately, they are still in a good position to make a move into the top four seeds in the eastern conference, especially with Marcus Smart expected to return in a couple of weeks fully healthy.