Our old pal, the future Hall of Famer Rajon Rondo turns 35 years old today. From the championship run in 2008, to his many triple-doubles while in green, the two-time NBA Champion who now plays with the Atlanta Hawks, has given us memories that'll last us a lifetime.
Rajon was drafted with the 21st pick of the first round in the 2006 NBA Draft. During the famous offseason in which Ray Allen and Kevin Garnett were traded to Boston, Sebastian Telfair and Delonte West were also traded to secure Rondo a spot in the starting lineup, and he made sure to keep the starting role.
Rajon went on to be the starting PG for the Celtics for the next 6 and a half seasons. Rondo was an all-star 4 times, led the league in assists 3 times, was the leader in steals in 2010, made it to the All-NBA Third Team in 2012, and made an all-defensive team 4 times before being traded to Dallas.
Rondo is 4th on the Celtics all-time list for assists, and is 15th in the NBA all-time for assists. He built a resume that'll for sure get him into the Hall of Fame. We'll be talking about "Playoff Rondo" for years and years as he is a player you know for sure will turn his game up a notch when it matters most. 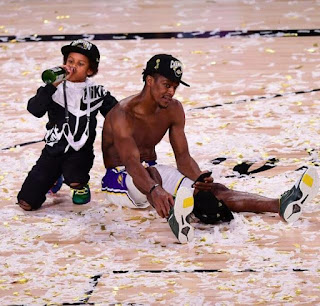 He was a big piece to the Celtics' 17th championship and the Lakers' 17th championship as well. Even in a limited role with LA, Rondo came off the bench and made a huge impact. He's vocal and is a great mentor for all players on the squad with his intelligence for the game.
Rondo isn't done yet. He has been battling many injuries with the Hawks so far this year but is far from done. He's under contract with Atlanta for the next two seasons, and we shall see what the future has in store for him. Whether he's suiting up again on the court, or starting his Hall of Fame career as an NBA coach, you will be hearing about Rajon Rondo for the foreseeable future.
Read more from George Dimis HERE!
Follow me on Twitter: @GWDimis