Jazz show why they own the league's best record, defeat Celtics 122-108 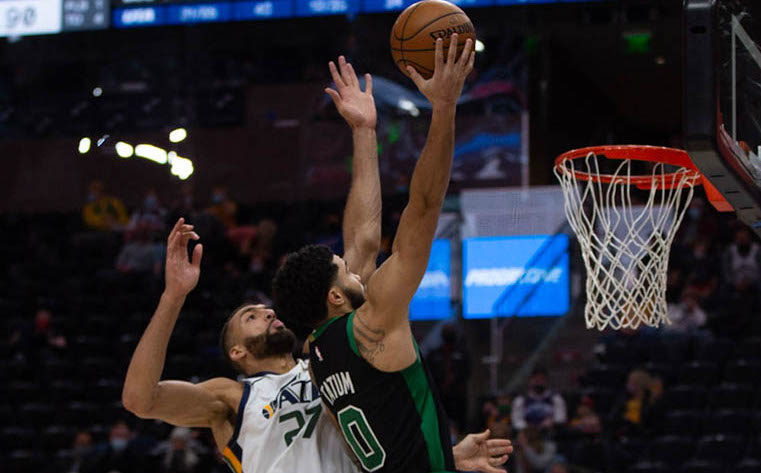 Jaylen Brown was back in action and looking as good as ever (33 points), but he wasn't enough to take down the NBA's top team as the Utah Jazz broke this game open during the final 5 minutes and went on to win 122-108. Kemba Walker had another brutal shooting game and Jayson Tatum had a quiet 23 points. It would have been less of a game, but Daniel Theis hit a career high five 3-pointers on the night to keep Boston breathing.

The Jazz were led by Donovan Mitchell who finished with a game high 36 points. Joe Ingles chipped in 24 points of his own, while Rudy Gobert was a menace on defense altering shot after shot. His final numbers were 18 points, 12 rebounds, and 3 blocks, but that last number doesn't tell the whole story. The Celtics continuoulsy adjusted their shots to avoid the Steiffel Tower to very poor results.

The Celtics defense also went to bed shortly after midnight, which didn't help.

Jayson Tatum on the Jazz’s late game run: “We just wasn’t on the same page defensively.” 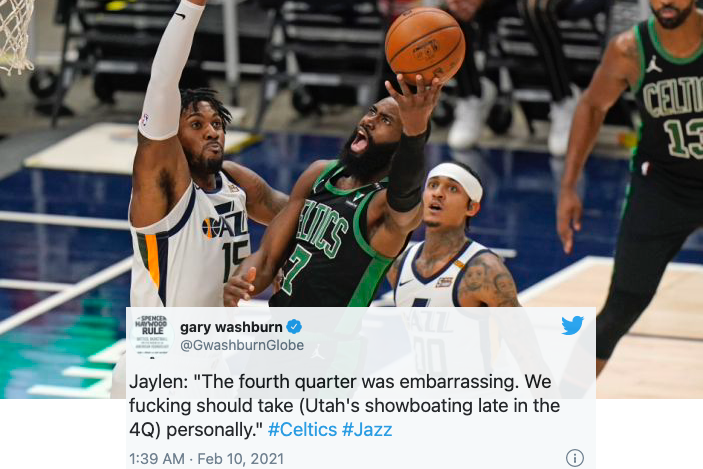 Jaylen Brown did not miss a beat.

Every bucket from his 33-point night ⤵️ pic.twitter.com/aH2yqdlipA 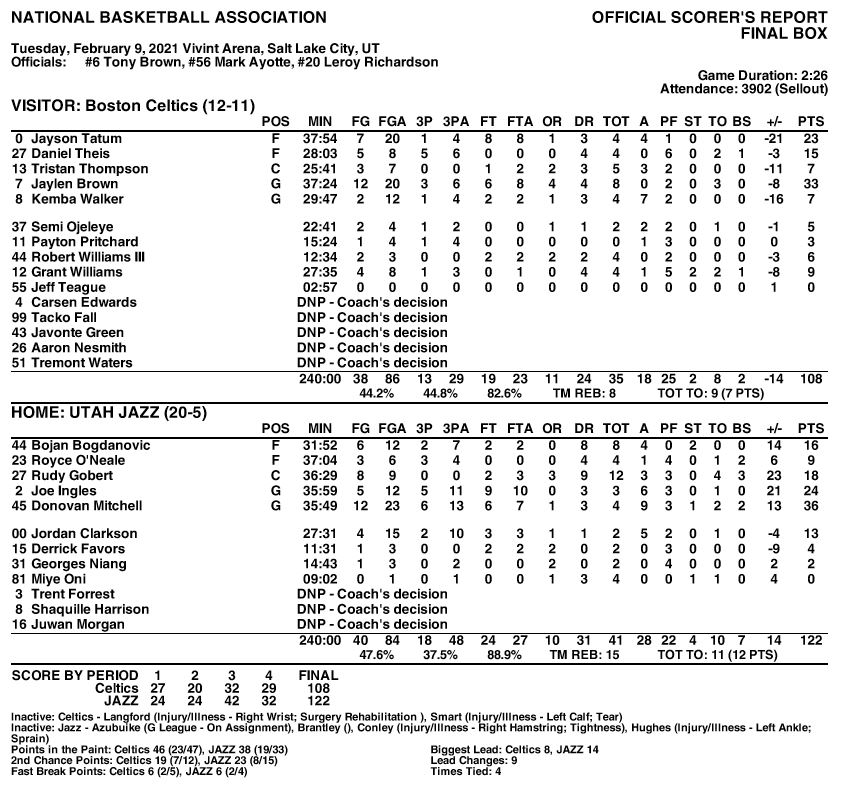 "He's a huge part of us if we're going to be what we want to be... and I really, really believe he'll be that guy." - Brad Stevens on Kemba Walker pic.twitter.com/tU6CkkJJve

Brad Stevens: “Not good enough to be great for 24 minutes against these guys.”

Grr. Add some injury to the insult that was the end of this game.

If Jaylen's knee is still bothering him, sit him.