Huge 2nd half comeback propels Celtics to victory over Clippers in L.A. 119 to 115 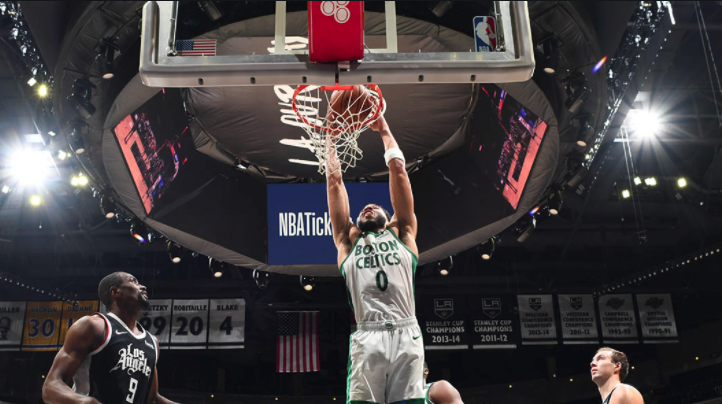 At first it looked like the game was over and the Celtics would be taking the L in L.A. Then a 45 to 21 Celtics run happened. The Clippers then bounced back and regained the lead. The final minute was a wild rollercoaster, but the Celtics were the last team standing.

Kemba Walker had his best game of the season finishing with 24 points and more importantly a huge steal and some crucial makes in the 4th and in the final minute. Jayson Tatum had a game high 32 points. Carsen Edwards had his best game as a Celtic providing a much needed 16 points off the bench. The Celtics played this game without Jaylen Brown (as well as Marcus Smart) and also had to deal with a Daniel Theis knee injury that knocked him out of the contest.

The Clippers were led by Kawhi Leonard who finished with 28 points, but also had his lunch money taken by Tatum in the final minute. Paul George joined Jaylen on the sidelines for this game. Payton Pritchard made his return and contributed 8 points off the bench. Grant Williams continued to have a hot hand from behind the arc (Shooting 50% on 3's this season) and we got a third straight solid performance out of Tristan Thompson on this Cali trip. Tristan finished with 7 rebounds and 11 points (none bigger than the two free throws he connected on in the final 30 seconds).

"He's had a really good couple of months," Brad Stevens says of Carsen Edwards. He said Edwards has done a great job of not getting low while he hasn't been playing, and has instead done a great job staying ready.

What a wild sequence here that results in a Kemba jumper. Celtics lead 113-112 with 32 seconds left pic.twitter.com/qRaeW40Nse

#NEBHInjuryReport update:
Coach Stevens says of Daniel Theis' knee soreness, "I don’t think it’s anything big. He sat a couple of occasions last year for the same thing. But this stretch is insane, so we have to be smart with all of these guys.” 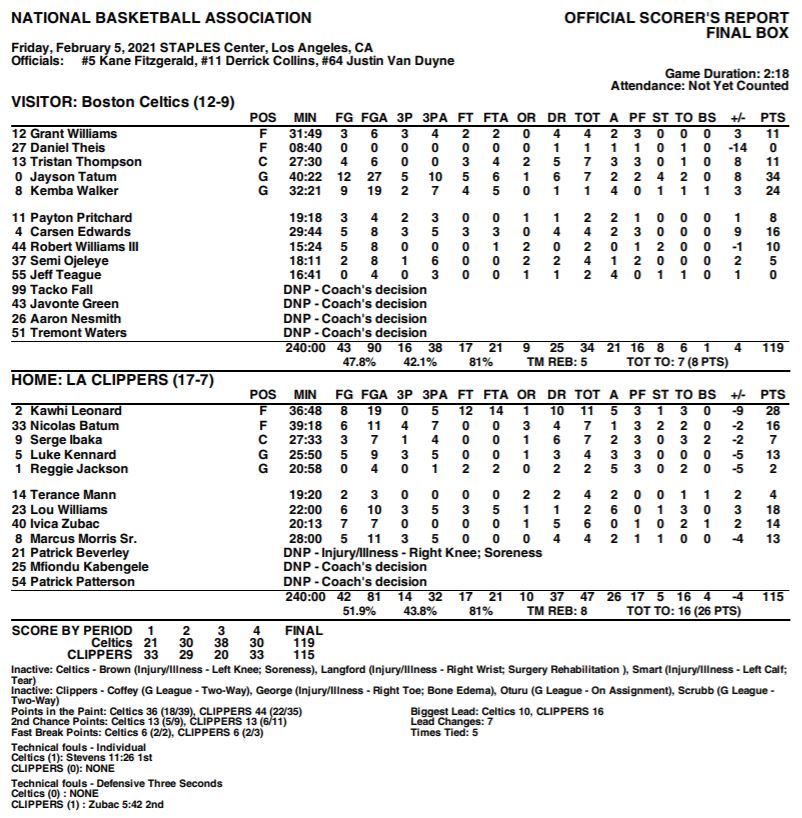