Celtics get back in win column against Indiana 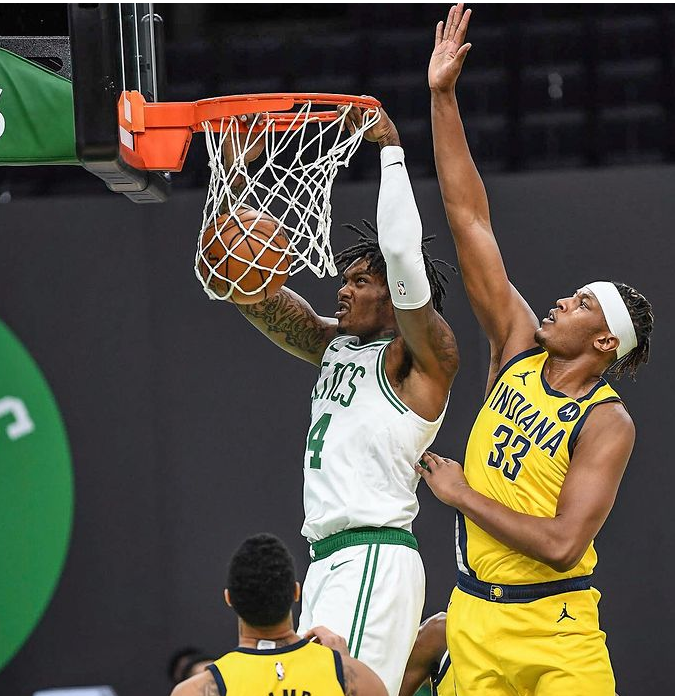 Celtics get a nice 118-112 victory over the Indiana Pacers to improve to 16-17 on the year. Boston started this game going down 18-4 in the opening minutes, and got a lot of fans worried that this was going to be another one of those games, but the C's had their closest thing in a while to a solid win. First time in a while they showed us fans the effort we have been waiting to see.
Kemba looked great in his performance tonight. He was able to knock down shots from deep while also staying aggressive and getting to the free throw line. He finished this game with 32 points which is his season-high. It was nice seeing Kemba perform the way he did with the 3 rebounds, and 6 assists to help secure the victory.
The Jays didn't have their best night. They only combined for 24 points as they both struggled from the field. Jayson Tatum, who was announced as a starter in this year's ASG due to Durant's injury, shot 4/18 from the floor to finish with 9-9-4. His effort was the only one I wasn't pleased with. Tatum seemed to do a lot of standing around on both sides of the floor. JB had 15-7-5 shooting 5/12 from the floor. The young duo didn't look too good in this one, but they got the W, and I'm sure that's all they care about.
The C's bench finally made a solid contribution in this one. Payton Pritchard, and even Jeff Teague looked good. Jeff Teague, who has been having an awful season, was able to get 14 points in 19 minutes off the bench. Robert Williams III came in and had a double-double with 14-11 in 21 minutes (still not enough).
For Indiana it was their all-star Domantas Sabonis leading the way. Sabonis has been killing it all year and was named to the all-star game as the replacement for the injured Kevin Durant. Domantas had 24 points, and 6 rebounds against Boston. He was showcasing his passing abilities as he also had 9 assists. Myles Turner also had a double-double with 17-10.
It is great to see the Celtics get the win. It seems like forever since the C's last won a ballgame. The Celtics will now stay put in Boston as the Washington Wizards come into town Sunday to play the C's in the Garden. The Celtics will have that game against Westbrook and Bradley Beal start at 7:00.
Read more from George Dimis HERE!
Follow me on Twitter: @GWDimis