Celtics fall below .500 with loss to Dallas 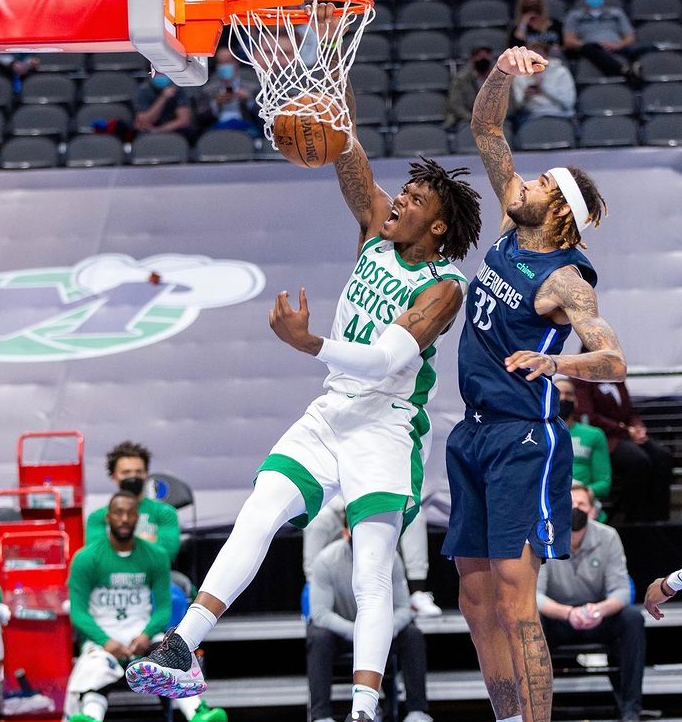 The Celtics fall below .500 as their record is now 15-16 following a 110-107 loss to the Dallas Mavericks. Celtics kept it close all game, went down double-digits, came back to take the lead in the final minute, but Luka hit an incredible shot to win the game. Yet another tough loss in a game that we should have won.
The Jays combined for 57 points tonight in the loss. Jayson had 28-6-4 on 10/23 shooting. Tatum had a couple very nice blocks on Dallas' young superstar Luka Doncic. Jaylen Brown had a solid 29-7-5 night. The Jays were also both nominated into the all-star game. This is Tatum's second appearance, and Jaylen's first, but it was more of the same tonight. No help for our duo.
The rest of the C's didn't show up to play. Kemba struggled shooting the ball once again aside from a late push in the final minutes of the game. Robert Williams only played 14 minutes tonight which just isn't enough. Brad needs to give Timelord the playing time he deserves.
Luka had a great game. He was nearing a triple-double with 31 points, 10 rebounds, and 8 assists, and he also had an insane game-winning shot to finish the Celtics off. The shot he hit was unreal. Some of the passes he was making tonight were just simply incredible. The vision Luka has is unbelievable especially for a 21 year old. Dallas also had 3 players come off the bench and score in the double figures including Brunson who had 22. Must be nice!
Celtics will now travel to Atlanta for another game against the Hawks. They need a win to hopefully spark a little winning streak, but the win I'm looking for is hard to get with this team. Something needs to change. This is embarrassing.
Read more from George Dimis HERE!
Follow me on Twitter: @GWDimis