Trying to be as optimistic as possible about the Harden trade 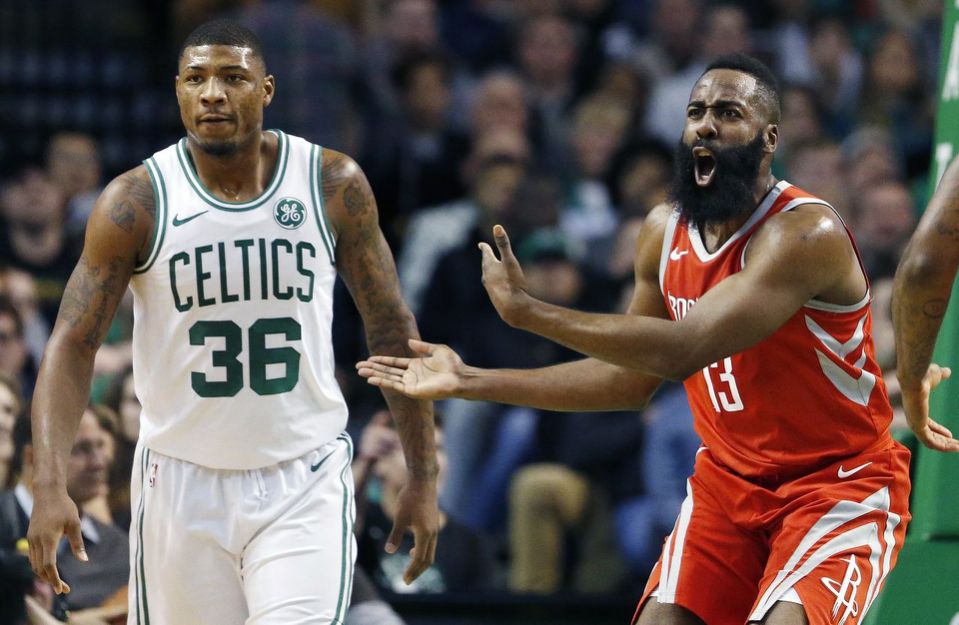 Absolute chaos in the NBA continued yesterday as the James Harden sweepstakes came to a predictable ending. The star shooting guard gets what he wants and ends up with two other superstars to form another superteam in Brooklyn. It sucks man, I’m sick of this superteam bullshit. It’s never gonna end. You can try and deny it as much as you want, but if the three superstars stay healthy then the Nets are the favorites in the East.

The team still has flaws, but they aren’t too concerning. If you think that sharing the ball would be a problem for them, then just remember at least one of them will be on the court at all times. They lost a lot of depth but they still have guys like Joe Harris, Deandre Jordan, Landry Shamet, plus they are going to have to sign some guys off waivers like perhaps Rondae Hollis-Jefferson. It’s not that great, but it’s probably enough depth to get by most teams in the East. Sure, their defense won’t be that good, but it won’t matter when they put up 140 points a game.

These flaws become outweighed by the star-power on this team, but the pressure is on the Nets to win a title either this season or the next. Before the 2022-23 season, each of the three players have a player option. Even if one of them leaves, their chances of winning a title gets smaller. But for now, the Celtics have to deal with the newest “Big 3”. On paper, it may seem like the Nets are too powerful, but I wouldn’t count the Celtics out of contention.

I know it’s way too early to be talking about playoffs, but I’ve been thinking about comparing the Nets and Celtics as if they were to play each other in a playoff series. The biggest and most important disadvantage for the Celtics is obviously their best three players are better than the Celtics best three players. That is usually the deciding factor in basketball, but who knows, maybe things will be different now.

The Celtics have a couple advantages over the Nets, but in order to potentially beat them in a playoff series it’s gonna be draining. The first and most important key is coaching experience. Brad Stevens has made it to the Eastern Conference Finals three times with three different teams, so I think he knows what he’s doing. He has an idea of how to manage a playoff roster and historically has done well in seven game serieses (3-1 record). Steve Nash as we know is in his first year of coaching and doesn’t have all that experience. But, obviously his players have made it the distance plus he has D’Antoni on his side.

The Celtics finally have a good amount of depth and are built like a team that can go far in the playoffs. The Nets however do not have a great amount of depth right now, so it is crucial for the Cs role players to have big roles against them. Specifically, the big guys because right now their only playable center is Deandre Jordan (pending their waiver pickups), so they will be weak in the middle. Like I mentioned before, depth isn’t really an issue for the Nets against most teams, but in the playoffs against a deep team like the Celtics changes things.

They aren’t huge advantages, but those are the things that will matter in the playoffs. It is still early though and the Celtics roster will most likely change due to the TPE they have. People in Boston expect the Celtics to win banner 18 as soon as possible, so the pressure will be on Ainge to use the TPE now that there is a superteam in the East. Especially after passing on Harden. Hopefully they can get someone like PJ Tucker who would fit perfectly on the Celtics, and get rid of some unnecessary draft picks and depth.

Multiple executives believe the Rockets will eventually trade PJ Tucker by the trade deadline, per @MikeAScotto

"He will have value in the East, especially to combat Giannis and Durant. I can see Miami going after PJ and maybe even Boston." pic.twitter.com/sokheYljQp

I think it is also fair to mention that how much the Celtics succeed rides on how healthy Kemba will be. Trying to compete with a team like the Nets, starpower will be needed. The Jays are already proving their legitimacy, now the Celtics just need Kemba to play like how he did in the beginning of last season. Except this time we need him to play like that for the full length of the season. But before all that, the Celtics need to actually play first.

The Boston Celtics are returning to practice today. Seems like a good sign that they'll play Friday vs the Orlando Magic.

It’s been an interesting week for the Cs with COVID and all that, but it looks like the team is ready to get back to work. The Cs are practicing and it looks like they will be playing tomorrow night against the Magic. Tatum, Kemba and a few other key guys will be missing, while Jaylen and a couple others are questionable. It’ll be a good challenge for Brad Stevens and the players who are healthy. Hopefully everyone will be ready to go against the 76ers on Wednesday. For now I’m just happy that they can assemble a team for tomorrow night.

It sucks that the Nets are more powerful than they were before, but there's still a lot to be happy for as a Celtics fan. It's been a while but let me remind you that they are on a five game winning streak, the role players look good, the Jays look phenominal and there is a great amount of trust within this organization. Danny Ainge could've traded away Jaylen and Smart for Harden, but he stuck with them. We know this team has been through a lot in this strange season so far, but we also know that they usually bounce back after hard times. Lets just trust our guys and see what happens.

Despite a difficult week, we got back on the court today as a team with health and safety continuing to be at the top of our priorities. pic.twitter.com/ZfFRySTBCO