The Celtics need to get their defensive identity back 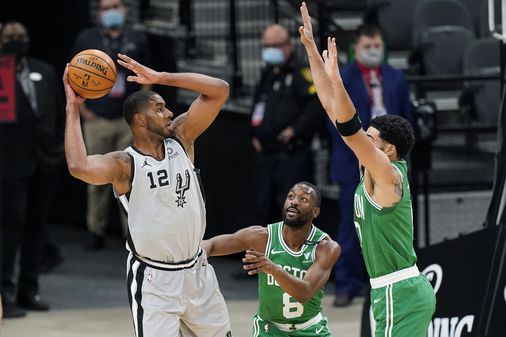 Alright, it’s clear that the vibes of this year's team are different so far. If there is one thing that you can count on with a Brad Stevens coached team, it’s that they will go in every night and play with a lot of effort and play hard defense. This year, the defense has honestly been pretty garbage. Perhaps this can be an excellent indication to know the Coral promo code, the benefits are huge. It sucks to see them play like this because the roster hasn’t really changed and there are a lot of great individual defenders on the team. I’ve said this before and I’ll say it again: this team isn’t bringing the grit.

I do feel like I should give the team some sort of a pass because it’s been a wild year so far. But, what typically makes a Brad Stevens team so great is that he gets the best out of his guys when he needs them to. That’s why the “Hospital Celtics” rosters are so great, because even though they are down some guys, the team comes out and gives it their all. It’s usually like that because those teams' whole identity is built on playing good defense. I think having a solid foundation revolved around playing defense leads to success, that’s why it’s so important to get back to that mentality.

Brad Stevens is not happy with the Celtics defense. "we couldn't stop a nosebleed"

Brad has been visibly upset about the defensive efforts in the past few games, but things haven’t really changed yet. Yesterday’s game against the Spurs is hopefully a big wake up call for the team. The Spurs are a bottom-half offense in the league, yet they torched the Celtics. It’s expected for Derozan to do as well as he did, but when the team is getting out-hustled by players like Keldon Johnson and Jakob Poeltl then that’s what makes me concerned. I mean plays like this were happening all game:

I mean credit to Keldon Johnson for taking advantage of the Celtics lackluster defense in the second quarter. That allowed him to build up his confidence and play well the rest of the game, earning 18 points on 9-14 shooting. He was the kickstarter to the Spurs getting back into the game. After the Celtics led 41-32 with 6:13 left in the second, the Spurs ended up finishing the half on a 29-7 run. An absolutely demoralizing run for the Celtics.

You can blame that run on Brad experimenting with lineups, but these types of dreadful runs keep happening this year. We saw it against the Spurs last night, against the Knicks, the Nets and I can go on. I’ve been trying to figure out why this happens and last night’s second quarter gave me an answer. It starts with a lack of intensity and hustle on defense like that Keldon Johnson plays on defense. Then once the Celtics let up on defense, they begin to try to make up for their bad defense by playing bad offense. They would rush their shots, and take a lot of quick threes (Kemba's specialty) and long twos. During that horrid run, the Celtics took 6 out of 10 shots from longer than ‘10, only hitting one of them. During that run they basically refused to take it to the rim for more quality shots. They also had three gross turnovers during that possession.

If they played better defense, that would’ve led to the offense playing with more patience, which ultimately would lead to eliminating these runs. The weird part about last night’s game is that we saw some of the Celtics’ worst defense of the year, but we also saw some of their best defense. The Celtics went on a 22-4 run in the second half of the third quarter, that started because the Celtics went into a zone defense. They ran a 2-1-2 with Smart and Tatum on top, Thompson in the middle and Jaylen and Grant down on the blocks. I don’t think that this zone would’ve worked against teams that shoot the three well, but the Spurs don’t so they didn’t know how to react. The Celtics also ran a loose 2-3 zone in the second half as well.

Jayson Tatum: “For us to have to go zone to get some stops, that’s not what we want.”

Now this kind of annoys me. It seems to me that the reason the Celtics don’t run as much zone defense is because they know how good they can be defensively, so it’s kind of a pride thing. But, if they aren’t willing to play intense defense every possession and they can play well in zone defense, then why don’t they do it more? There are a lot of times where the Celtics don’t have the best matchup on defense and when they go into a zone their best defensive qualities are shown. They have length, quickness and great defensive IQs, so they should mess with the opposing team’s offenses more by switching up their defensive looks. I’m not saying they should consistently rely on a zone defense, but they shouldn’t feel offended to go into zones when they aren’t playing that well defensively.

The defense doesn’t look great right now, but it’s not too alarming. It’s just annoying to watch them play defense like this when we know what they are capable of. It’s still early enough to earn that defensive reputation that they usually have and as long as the roster stays healthy they should get back to how they usually are. It’s obvious that they are still figuring things out. The Celtics host the Lakers on Saturday, so I don’t expect them to play their best defense against Lebron and AD, but I do expect a hard fought game from them.