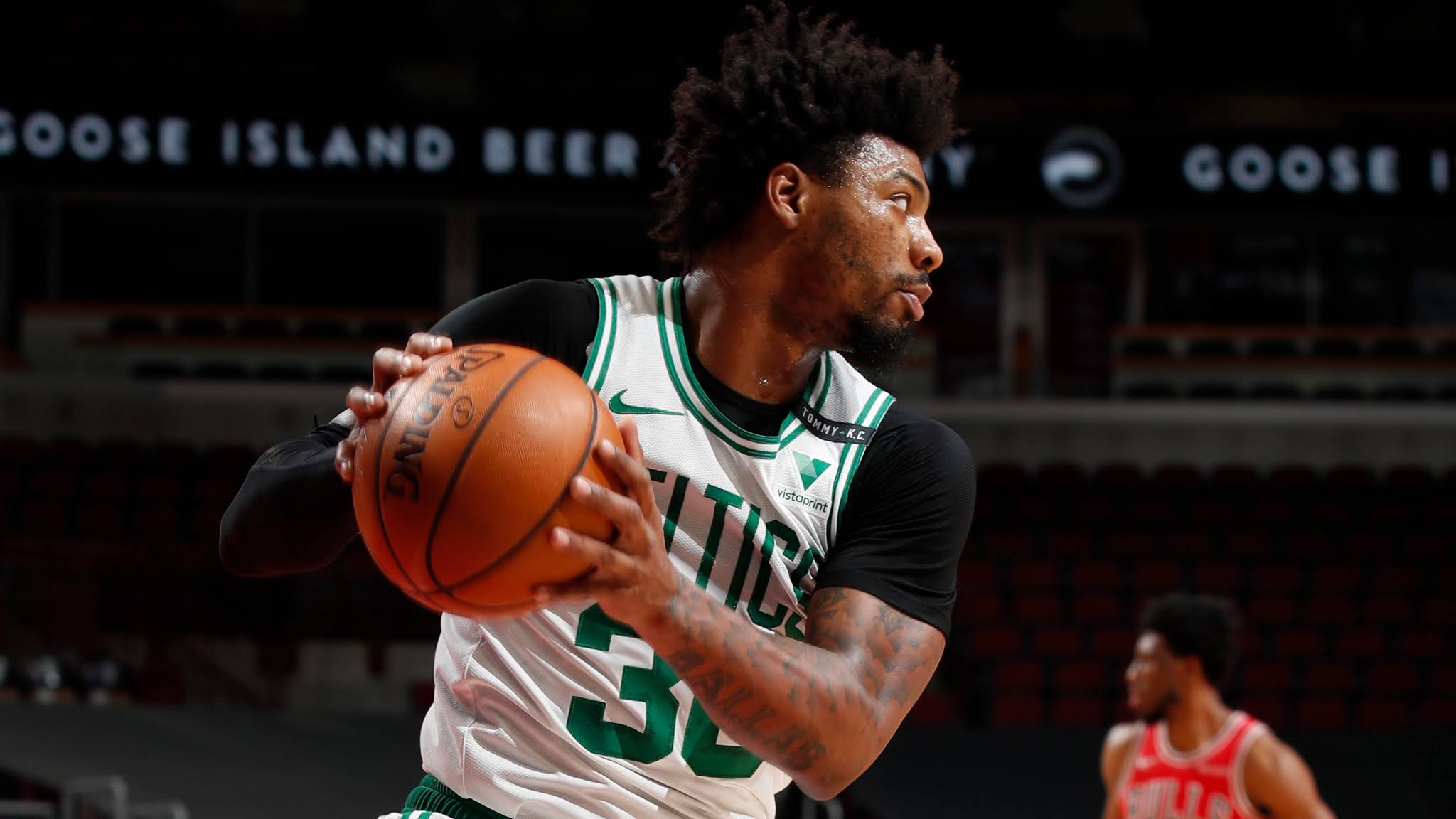 The Celtics' make it two in a row as the they get a 119-103 win over the Chicago Bulls at the United Center. It was a solid win for Boston as they were without Kemba while he got some rest in the second night of a back-to-back. The Celtics had 4 of their 5 starters scoring 10+ points as they improve to 10-6 on the season.
The duo is back! Jayson Tatum made his return to the court tonight, and the Jays duo is officially back! They combined for 50 points as Tatum dropped 24-4-5 in his return to action. Just what Celtics fans wanted to see in his first game since the 8th. Jaylen had a solid 26 points as both Jays shot 10/21 from the field. Another superb night for Brown who had 14 points in just the third quarter alone.
Marcus Smart was the game's leader in assists tonight. Smart finished with 13 points and 11 assists to get his second double-double on the season. Marcus had some great connections with Daniel Theis who was able to finish with  19 points, 3 steals, and 3 blocks to help on the defensive end. Tristan Thompson didn't even attempt a shot in this one but was able to track down 19 boards.
The rookie Aaron Nesmith had his best two-game stretch thus far. 11 points last night, and 9 points tonight on 3/5 from behind the arch. It's nothing to jump around about but at least it's a step in the right direction. With the way he started the season, I was very happy to see him come off the bench and knock down a few three's the last two nights. 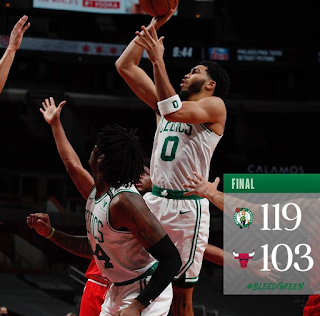 For Chicago, it was Zach LaVine leading the way. The Bulls' guard who came in averaging 26.8 points per game had another good scoring outing with 30, but aside from Thaddeus Young, he didn't have much help tonight. Young had a solid night off the bench with a near triple-double (16-9-9). Chicago made some runs during the game to cut it pretty close, but the Celtics protected their lead enough to get the victory.
The C's are now supposed to be headed to Texas to take on the San Antonio Spurs. That game will hopefully tip off Wednesday at 8:30 as the Celtics look to take down Pop, and get another W!
Read more from George Dimis HERE!
Follow me on Twitter: @GWDimis