Tatum and the Celtics beat the Raptors in Tampa 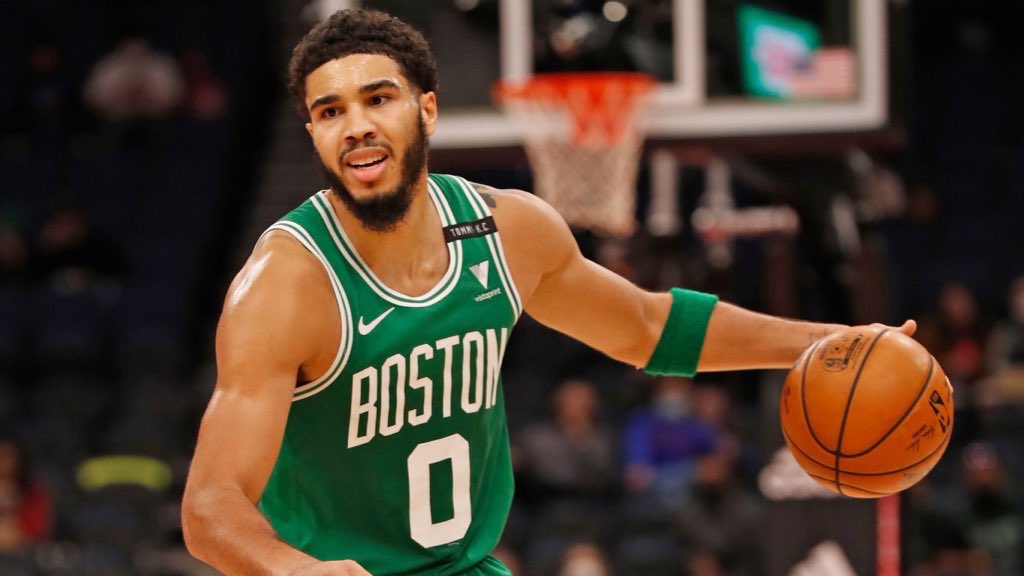 Celtics will leave Tampa Bay with a 126-114 win over the Toronto Raptors. This blowout win improves the Celtics' record to 5-3 on the season. Down 13 early, the Celtics turned it around with a 25-6 in the final 5:34 of the second quarter to go into the locker rooms at the half leading 61-46. Once they got that lead, they did not look back. Boston continued to get the looks they wanted all night and poured it on Toronto although they had to put the starters back in late because our subpar bench allowed Toronto to make it interesting.

Toronto could not stop Jayson Tatum tonight. He had 26 points at the break, and he did not stop torturing the Raptors in the second half. He finished the game as the leading scorer with 40 points. It was a great performance from JT as he became the first Celtic in their history to have three 40-point games before the age of 23. His shot selections were tremendous. He knocked down 5 of the 8 three-pointers he attempted, and he was able to get to the line often to finish 13/13 on free throws.

With the Celtics suffering from multiple injuries (what else is new?) , it left minutes for Payton Pritchard and Tremont Waters. Tremont got the start in this one, but Payton Pritchard had an extremely solid game off the bench. The rookie point guard finished with 23 points and 8 assists. His quick and aggressive playstyle has allowed him to adjust so well to the NBA level. He looks so comfortable on the floor, and with these injuries, it won't be too long until you see Payton starting at PG for Boston.

Jaylen Brown had another good night as he dropped 19 on 7/16 shooting. He also had 5 rebounds and 3 assists in this nice win for the C's. Robert Williams had a double-double tonight with 11-15. 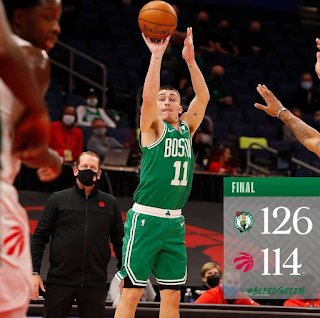 For Toronto, Fred VanVleet had a good night with 35 points while also adding 8 rebounds. Aside from Fred, no one on the Raptors did much damage. Pascal Siakam and Kyle Lowry both didn't have their best outings on the floor. They shot a combined 42% from the field. It is crazy that Siakam was a starter in the all-star game just a season ago. He just isn't the same player he once was and the Celtics had their way with him.

The Celtics will now stay in Florida as they'll be going to Miami to take on the Heat Wednesday night.