NBA Offense: See How they run – and maybe Why! 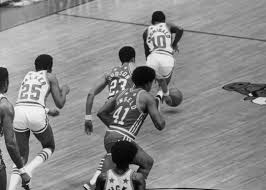 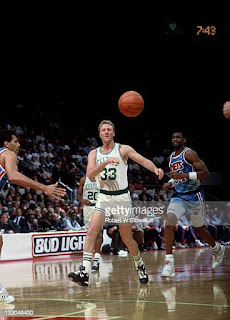 Collectively, Boston’s first ten outings have produced a combined 171 Fast Breaks – about one out of every 12 of the nearly 2,000 offensive possessions.
Fast Break 101
Just what is it that precipitates a Fast Break?
There are only three possibilities – a made shot, a rebounded missed shot, or a “credited” Steal. [Sidenote: any other type of Turnover creates a stoppage in play and subsequent side-out.]
Only seven of those 171 FB’s have followed an opponent’s score; five of them were successful (.714).
66 breakouts were ignited by a Steal, of which 46 “paid off” (.697).
The other 98 required a D-board, and 68 proved point-worthy (.694). [There were 18 times that the errant FG that triggered the FB had been blocked, resulting in 13 conversions (.722).]
Graduate Students (?)
Through the season’s first 14 playing dates, Mike Budenholzer’s Milwaukee Bucks were out-scoring their opponents in FB points by 9.29 PER GAME – that’s almost as many as the No. 2 and No. 3 teams combined (Indiana, +5.43 & Brooklyn, +4.50).
Though they could never re-acquire their Mojo in last summer’s bubble, the Greek Freak and Crew were on the verge of making history when play was interrupted in March.