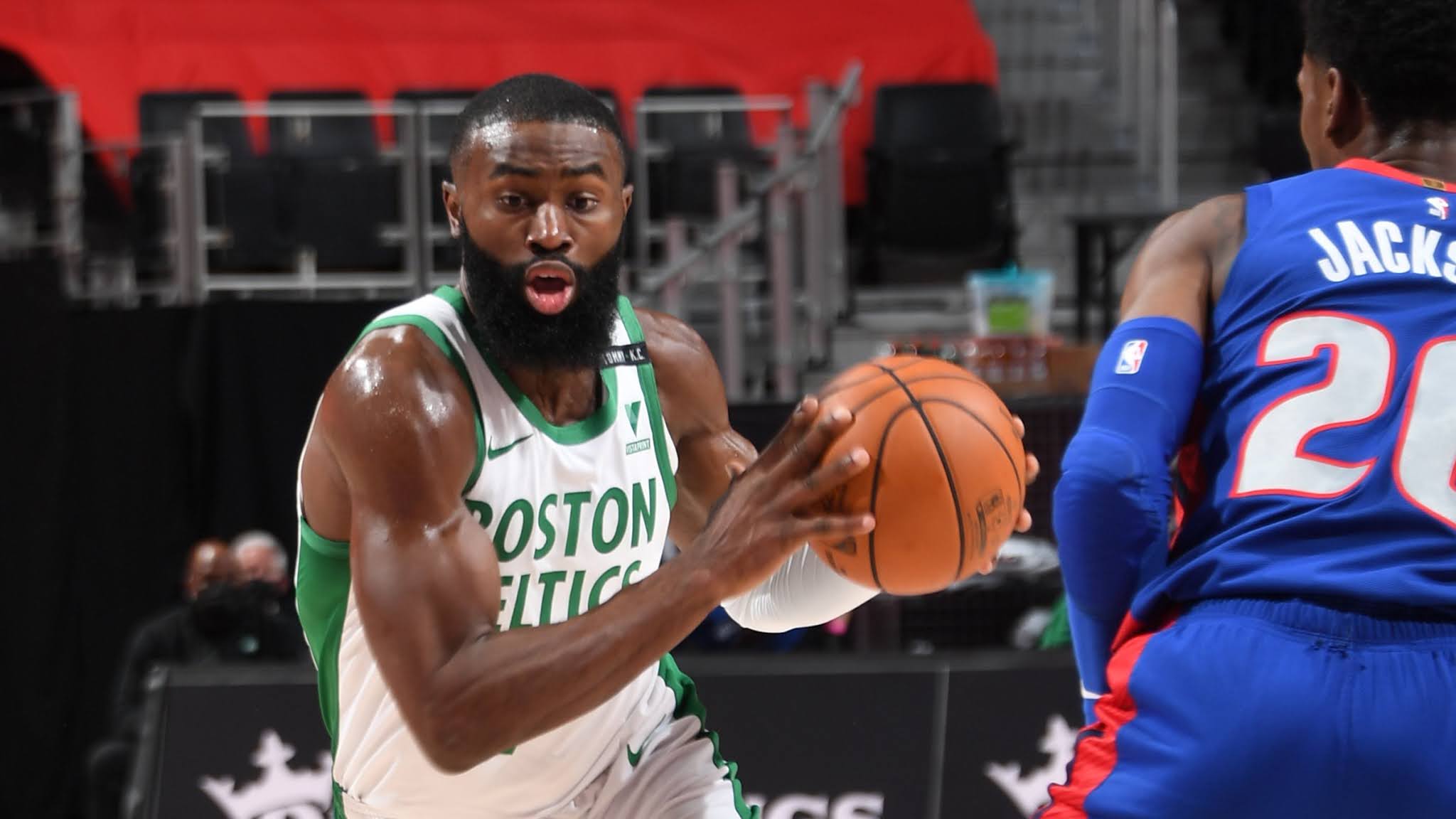 Game two in Detroit has finished with the Celtics getting the 122-120 win to split the series. It was a back and forth battle all game, but a late jumper from Jayson Tatum made all the difference. JT went away from the 30-foot step back and took a great mid-range jumper in the final seconds to win the game.

Jaylen Brown once again had a stellar game. He finished as the leading scorer for the C's with 31 points. JB was off to another hot start as he ended the first half with 22 points on 9/11 from the field. Jaylen Brown has really stepped it up to start this season. He's played phenomenal, and has looked very comfortable in the fifth year of his career. The Celtics' leading scorer looks like he'll be an all-star for the first time this season. His looks at the basket have been incredible, and it shows as he shot 13/16.

Tatum finished this one with a near triple-double as he had 24 points, 8 rebounds, and 12 assists. Let me also add that Tatum did not commit a single turnover in this game. A combined 55 points from the Jays led the way for the Celtics tonight as they continue to emerge as one of the best duos in the NBA. Jayson Tatum was also able to knock down 4 three-pointers.

Marcus Smart had one of his best games of the season as he had 9 assists and also added 17 points. He was 6/6 from the stripe, and his some nice running floaters to help get a victory.

Tristan Thompson had a double-double in this one with 12-11. The new Celtics big also had 4 of his 11 rebounds coming on the offensive end. Thompson has always been one of the best offensive rebounders in the league which is the main reason I was excited to see Tristan in green to start the year. 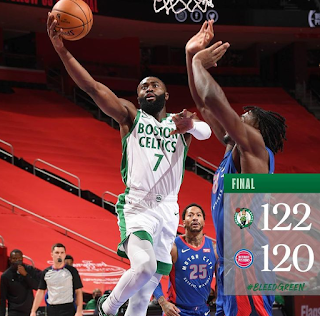 Pistons played well in game two of the series against the Celtics. They didn't have a big outing from anyone individually, but a good collective outing. Jerami Grant was once again the leader for Detroit tonight with 22. Josh Jackson had 13 points in his first 13 minutes of action, but suffered an ankle injury that had him limping off the floor. Unfortunately, he was unable to return.

This was surely an improvement from last game against Detroit. It definitely wasn't the way we want to see the Celtics play, but a win is a win. Detroit did not play us like a team that came into this two game stretch winless at 0-4. Celtics will now travel north of the border to Toronto to take on the 1-4 Raptors.