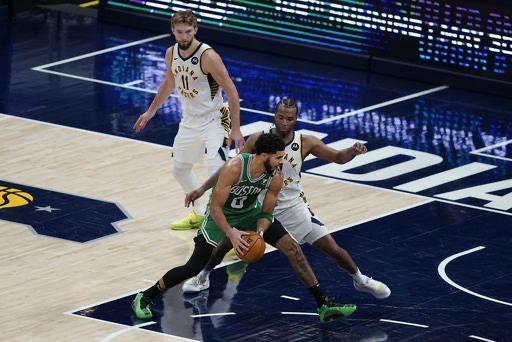 It was refreshing to see the Celtics to wake up from the dead to win the second game and split the Pacers mini series. The Cs were down by as much as 17 with less than three minutes left in the third quarter, then they remembered how to play basketball. In the fourth quarter the Celtics flipped the game around going on a 24-6 run that ultimately gave them the victory.

Honestly, the Celtics looked like two different teams against the Pacers. The first two quarters looked alright, as they had a small lead going into halftime, but it still didn’t look like the team we are looking for. Then the third quarter was horrendous. Again. They looked slow, indecisive and they were not giving much of an effort. They lost the third quarter 37-25, thanks to TJ Warren who scored 15 alone in the third shooting 7-8. This was another example of some poor game management from Brad Stevens where he let the opposing team go on a run against us by not calling timeouts quick enough, while he also kept Daniel Theis in longer than he should’ve been. Theis struggled in the third taking the most shot attempts in the quarter (5) and only making one of them. He finished the quarter at a -16 and struggled on the defensive end.

After a poor third quarter, Stevens realized that the team needed energy, so he put in an electric lineup: Pritchard/Teague/Green/Tatum/TimeLord. In the past few games, we’ve seen that Brad has been experimenting a lot with his lineups, but he might’ve stumbled on to something great here. Pritchard, Green and TimeLord are all players fighting for spots, so it was a lowkey genius move to start them in the fourth quarter because they brought hustle and energy, which is exactly what they needed.

The hustle and energy brought immediate impact on the defensive end. Within the first three minutes of the fourth quarter, the Celtics forced four turnovers and didn’t let up any points. They finished with six steals, two blocks and held the Pacers to 37% from the field and 0% from three. The Pacers made it somewhat close in the end, but it came down to defense in the end and Jaylen came up big with a steal to seal the game.

The fourth quarter was an incredible change of pace and a lot of the credit goes to Payton Pritchard. He played well throughout the whole game, but he really impacted the game in the fourth quarter. He demonstrated his offensive abilities by getting wherever he wants on the offensive end and by driving to the basket taking contested layups against bigger players like Sabonis. He earned crunch time minutes and made winning plays like this one:

Pritchard finished with an impressive 10/5/5, and is officially turning heads across all of Celtics nation. Even Jaylen called him the GOAT.

There was a lot of great overall individual performances this game: Jaylen continues to dominate scoring 20 points on 7/13 shooting, Thompson had a dominant first half finishing with 14/10 including seven offensive rebounds, Smart earned 17 points with 5 assist and Tatum had his most efficient game of the year with 27/11/4 and 4 steals on 9/17 shooting. This game was different compared to the other ones so far because in this game the Celtics took their lowest amount of threes in a game. Specifically in the fourth quarter when the team desperately needed points, the Celtics only took three 3-point shots and they won the game. So I don’t know, maybe threes aren’t always the answer.

The Celtics play against a broken Grizzlies team tonight, so hoepfully we can watch them play a full four quarters.