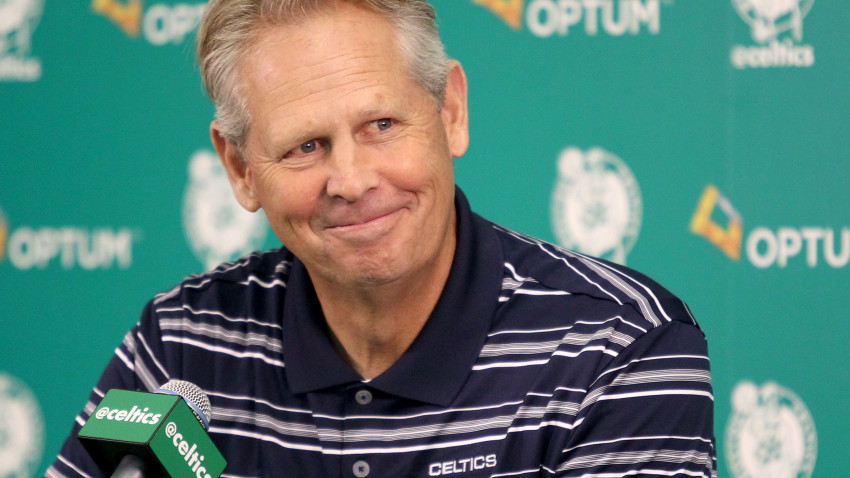 Much of Celtic’s nation is wonder, what is Danny Ainge going to do with the largest traded player exception in NBA history. For one, there is a possibility that he holds onto until next year’s draft in order to maximize his return when rebuilding teams with expiring contracts are looking for more draft picks and to unload some salary. He has already stated that he is in no rush to use the TPE The only other option to get the most out of it is to browse the trade market at this season’s trade deadline, on March 25th.
The playoffs will likely feature the following; Boston, Milwaukee, Toronto, Brooklyn, Miami, Philly, and likely Indiana. That leaves eight teams fighting for the 8th seed. My thought is that Washington will be in the best position of those teams to get a playoff spot and don’t see them being sellers at the deadline after the Westbrook for Wall deal. So watch for the bottom seven teams of the eastern conference to be offering expiring contracts come March 25th. 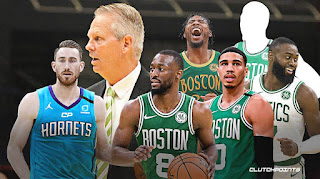 Here are my seven trade targets for Boston at this year’s deadline;
Otto Porter ($28.5 million)- Porter has shot 40% from deep in his career but is coming off a season with the Chicago Bulls where he played just 14 games after dealing with a foot injury. If he is healthy, he would be an ideal 3&D fit for the Celtics second unit. If Chicago is out of playoff contention which I suspect they will be, he could certainly be had and he would fit just under the $28.5 million TPE. This move seems unlikely as they would have to trade away salary to stay under the hard cap number.
Thad Young ($13.5 million)- Young clearly wasn’t happy with his role with last season’s Chicago Bulls which could lead to him being dealt this year after being in rumors throughout last season’s deadline time. Young has been known for his leadership and locker room presence in the past. The 32 year old shot 35.6% from deep which was good enough for third best in his 13 year career. He average 10.3ppg, 4.9rpb, and 1.4spg in 64 games. He would be a good fit defensively and can contribute offensively as well off the bench.
Evan Fournier (17.2 million)- Even Fournier is still just 28 years old and has started every game he has played the last three seasons while shooting 40% from beyond the arc. He is mostly a perimeter player and doesn’t get to the line much but averaged 18.5ppg last season. Fournier would be my number one option to add at the deadline as an off the bench scorer that could fill a starting spot if Kemba were to miss extended time.
Terrence Ross ($13.5 million)- The Magic could be competing for that last spot but just as likely could be totally out of contention by deadline time. Terrence Ross has been in trade and buyout rumors for years it seems and something is bound to happen at some point, why not land with the Celtics? Ross missed just two games before the break and averages a solid 14.8ppg. He shoots around 36% from three and is a solid perimeter defender. His best trait may be that he did the majority of his damage in the 4th quarter of games last season and shoots 39.9% from three in the final frame of games.
Larry Nance Jr. ($11.7 million)- Nance had a solid season last year averaging 9.4ppg, 8.2rpb, 3.2apg, and 1.5spg. He was there good at everything not great at anything type player. He would be a great addition to the second unit to track get offensive rebounds and he shot a decent 33.7% from three. He would also fit perfectly into Steven’s defensive scheme as a versatile perimeter and inside defender.
Clint Capela ($18 million)- If the center position isn’t working out, Time Lord doesn’t improve or one or more big men are having injury issues, there is no reason to believe the Celtics wouldn’t be in on Capela. Although Atlanta will be in playoff contention, they just drafted a center in the top five of the draft and already have John Collins and another backup center. They could want to unload Capela’s salary to be able to use that cap space to fill a more pressing need at the deadline. Capela would slot right in as a starting five that can defend the paint and block shots. I don’t believe the C’s need to make this deal as it is a similar situation as with Myles Turner because his contract is not expiring.
Tomas Satoransky ($18.1 million)- Satoransky has a 37% three point percentage over his four year career and has average 5apg the last two seasons. He could fill the Gordon Hayward roll of secondary ball handler, create shots for others, as well as be able to knock down open threes. He stands at 6’7” so he is capable of defending the one through three positions.