How this group of young Celtics could contribute to banner 18

The Celtics fell short of their goals last season, falling to the Heat in the Eastern Conference Finals in 6 games. That being said, they were not far off from expectations, and with how young of a team they have the future is still bright. Many fans have become accustomed to having big expectations going into the offseason, and almost always seem disappointed when Danny Ainge doesn’t bring in the biggest names through trade or signing. This year has been no different and Danny has caught his fair share of flak for it, although I believe that he went in with a plan and executed it to near perfection, bringing in important pieces through the draft in Aaron Nesmith and Payton Pritchard, as well as signing Tristan Thompson and Jeff Teague to improve our depth and veteran presence. These offseason moves might be just enough to get the Celtics over the ECF hump, but possibly more important is the development of our young guns, so how they can help push us to banner 18? 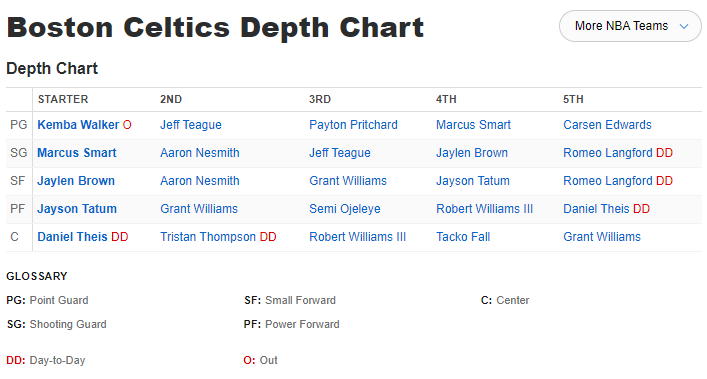 Now this chart follows the more traditional position system, something that we know Brad Stevens has been trying to move away from and become more position-less, but let’s roll with it for now. 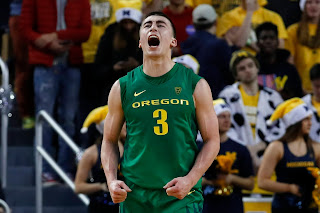 We know that Kemba will miss several games in the first half of the season while recovering from a strengthening injection in his knee, so we can expect either Jeff Teague or Marcus Smart to fill in and become the primary ball handler. That presumably leaves Payton Pritchard and Carsen Edwards as the first and second backups, along with the possibility of Tremont Waters occasionally filling in off of his two-way contract. Payton and Carsen are both solid shooters, although Payton has a slight edge when it comes to size and defensive intensity. The extra minutes they get with the absence of Kemba will be crucial for their development, but also to see who can be trusted with the ball in their hand later into the season and playoffs. 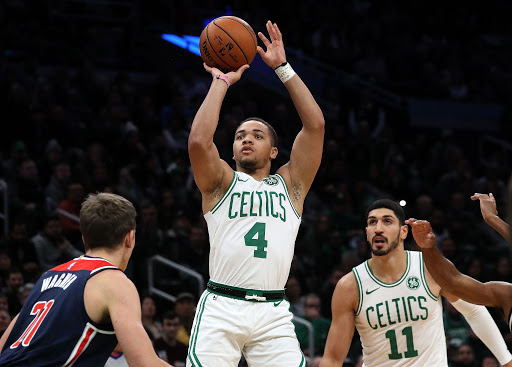 It may come down to who can be the better distributor and who can be trusted to contain their man on defense. While it’s nice to have another weapon off the bench it’s not likely that either will be the offensive focus and their primary roles will likely be to get the ball to the Jays. Still, having the shooting threat could help to take the pressure off of Tatum and Brown and give them more room to work in, and that becomes even more true with the loss of Gordon Hayward’s scoring and playmaking. 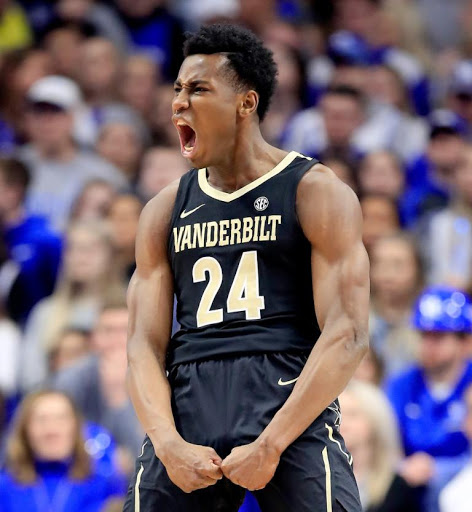 Moving on to our wing depth Danny was able to snag arguably the best shooter in this year’s draft, Aaron Nesmith, who shot an incredible 52.2% from 3 on 8.2 attempts per game. One thing that last year’s team struggled with was getting the ball through the hoop when the bench was on the floor. We didn’t have anyone who we could rely on night in and night out to get points up with the Jays and Kemba off the floor, and it’s another place where the loss of Hayward shows up. Nesmith’s primary role on the team will be to solve this exact issue. He is an extremely efficient scorer with a big build, and he’s going to have a lot of responsibility in his first year. 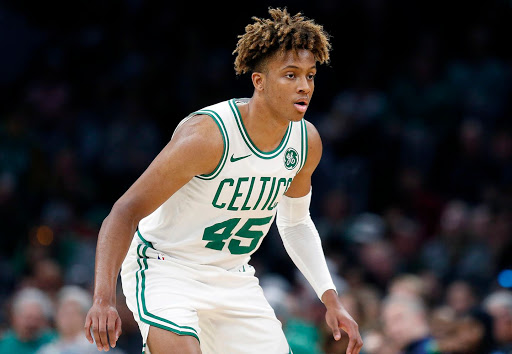 We also can’t forget Romeo Langford, who again is recovering from wrist surgery and is expected to miss the majority of training camp, with the possibility of missing games once the season starts as well. In the last season Romeo played in just 32 games and averaged 11.6 minutes per game. While he hasn’t found his shooting touch quite yet, he provides some solid defensive acumen and strength, and can also prove to be a worthy slashing threat. The key things for him this season are to get (and remain) healthy and hope to find some range as a shooter. I believe that Brad and Danny already trust him to provide defense and energy, but we need to be able to trust him to shots every once in a while. He ended up shooting an atrocious 18.5% from 3, albeit on just .8 attempts per game, but we can’t afford to let defense’s get away with treating him like Ben Simmons. More than that we need him to give the Jay’s some rest time without having to worry about losing the lead or falling into a hole. 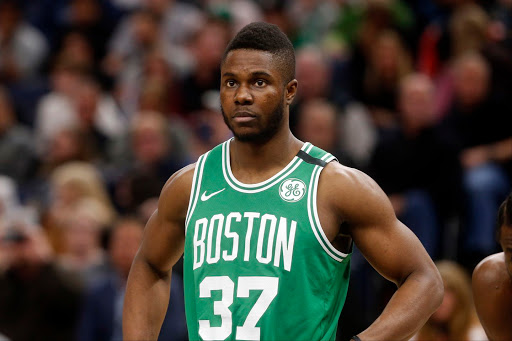 Danny picked up the team option on Semi Ojeleye’s contract, but his time is quickly running out. Since being dubbed the “Giannis Stopper” he hasn’t accomplished much. He showed signs of improved shooting in the last of the regular season bubble games, but that shooting touch quickly disappeared in his limited playoff minutes. He has the build to be a flexible defender, but he rarely gets the benefit of the doubt on calls, and he just hasn’t really shown the ability to shut down players. I would say expectations are pretty low for Semi which gives him the perfect opportunity to breakout. If he can show the ability to lock up his matchup and hit his corner 3’s more consistently he may just be able to earn a second contract, but otherwise I don’t see him being a Celtic for much longer.


Lastly, and perhaps most importantly let’s take a look at our big man situation.  Adding Tristan Thompson allows Brad to experiment a bit by putting Theis at the 4 spot, but more
likely than not Theis will now come off the Bench with TT starting. That leaves Grant Williams, Rob Williams, and maybe even some Tacko Time to fill in the remaining minutes between the 4 and 5 spot. 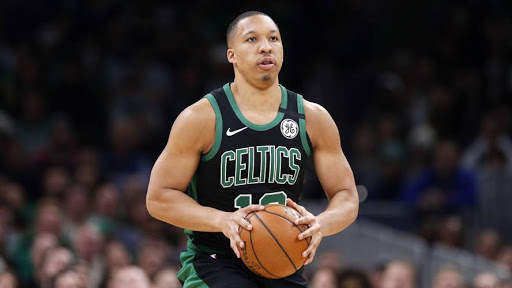 Grant and Rob got some very valuable time in the playoffs this year, which could make up for the lack of a summer league. Grant showed that while he is undersized and could work to improve his athleticism, he is almost exactly the kind of player that Danny hoped he would be. He’s an incredibly smart and mature player for his age, and he works as a great glue guy. He’s seems to often be in the right spots at the right time and he gets down and dirty when the opportunities arise. In my opinion he could be one of the most valuable assets off the bench. He started off his rookie season missing all 25 of his three-point attempts, but in the playoffs he shot 58.8% from behind the arc on 1 attempt per game.

All I can ask of Grant is to carry that kind of shooting into this season, and that he works to become more mobile. He is in a weird spot where he has the strength and size to hold down the 4 spot but lacks the height and athleticism to cover the 5 spot against the likes of Bam Adebayo and Joel Embiid. He is a decent perimeter defender, but he may not always be the most reliable on switches. If he can add some speed and mobility without losing the strength, he could be the perfect flex defender. 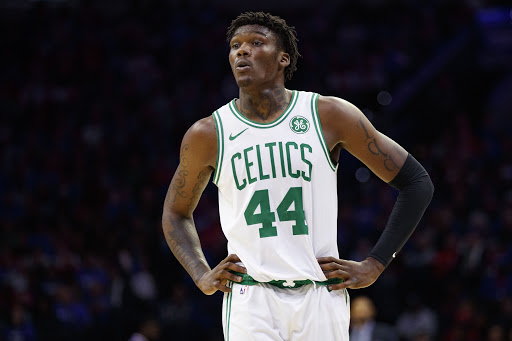 For Rob Williams I have to say that he exceeded my expectations in the playoffs, but I think a lot of Celtics fans expect too much out of him. He is not going to be the solution to all of our past big man problems this year, and he still needs to develop a lot further before he can be a reliable option. That being said, I think he has some great mentors in Tristan Thompson and Theis. I am probably more likely than ever to believe someone when they say that Rob will make a big jump this season (no pun intended). If you’ve read my past articles you know that my main complaint with Rob is his lack of defensive IQ. He could also serve to add on some weight as he is a little undersized, but that is less of a concern to me. His athleticism is what has gotten him this far, and if Tristan Thompson can mentor him into learning how to best utilize it then I can see him making up some significant minutes in the big man rotation. 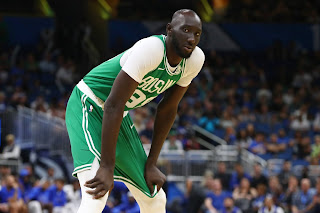 The fan favorite, Tacko Fall is not likely to see too many minutes this year as he signed another two-way contract while the Celtics opted the Red Claws out of the G-League season. It will be interesting to see if Brad takes advantage of all the games Tacko is eligible to play in, but maybe this could help to get Tacko some more time for individual development. A huge part of being an effective big man is being mobile and having good footwork, both things that are incredibly difficult to possess at 7’5”. I believe that these two things are what have kept Tacko on a two-way, but Danny and Brad seem to believe he is making good progress. I would love to see Tacko get a real NBA contract at the end of this season, so like I said he just has to continue working on his mobility and footwork. Adding a shooting stroke would be a big plus, but I don’t expect that to be much of a factor in his development this year.

This is going to be another unprecedented season with some teams having an 8-9-month long offseason and other teams having a 2-3-month long offseason. With a shortened pre-season and no summer league a lot of younger players aren’t getting the reps they need to get in the flow of an NBA season, and this especially holds true for rookies making the leap from college. When it comes down to it, the young guns on the Celtics can’t be making excuses no matter how tough of a position they’re being put in. They’re going to be a huge part of this team’s success or failure. The East only got better this year, so we’re going to need some big production out of them, and it looks like we have a great group of guys who can get the job done. The first of two pre-season games is against the 76ers on December 15th, and the regular season starts on December 23rd against the Milwaukee Bucks.