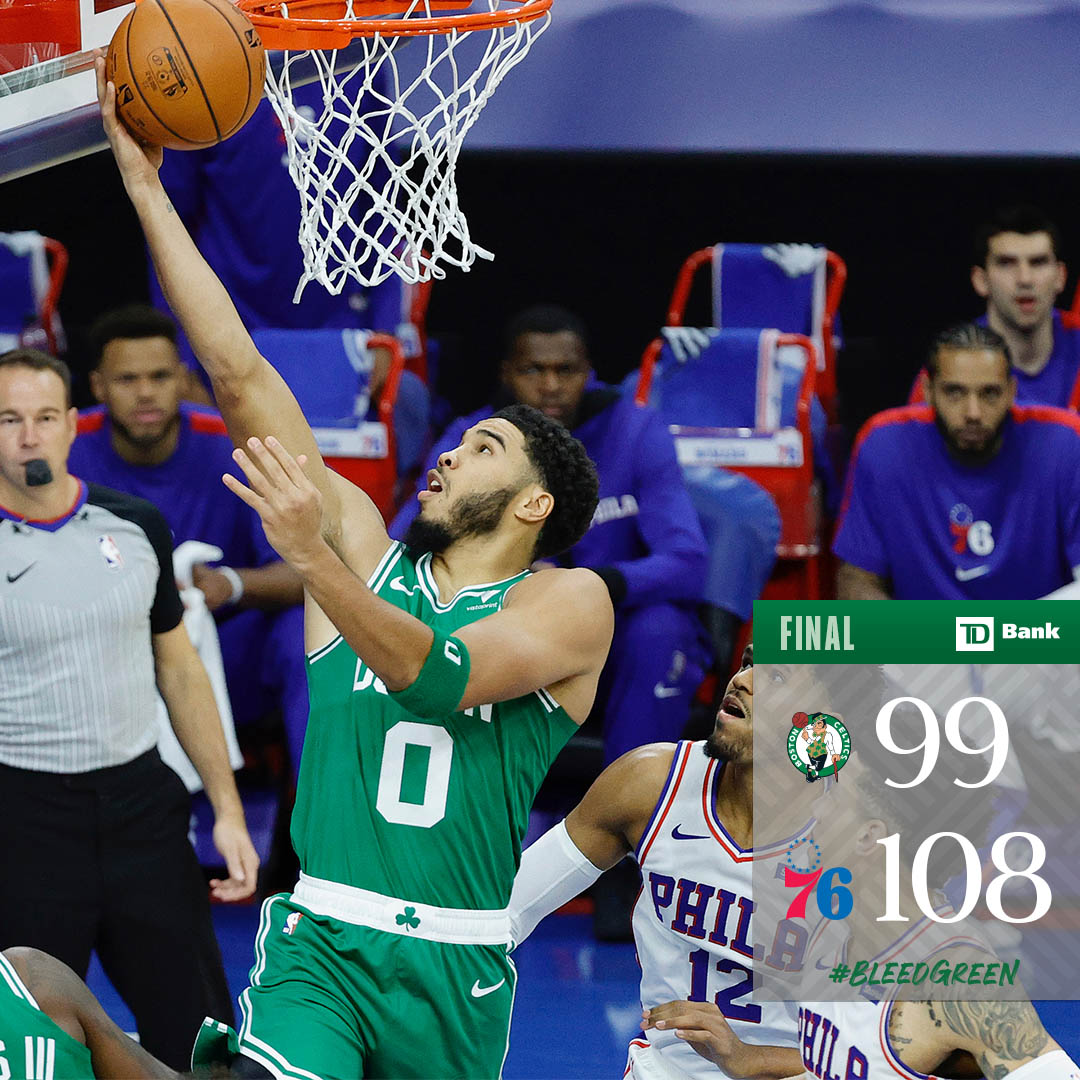 Boston goes down tonight in their first preseason action to Philadelphia 99-108. The Celtics got out to a decent start in the first couple minutes of the game, but quickly turned to sloppy play for most of the first half. They went down 29-19 quick after the first frame. Jeff Teague led the C's with 18pts with the new guy Payton Pritchard right behind him with 16pts on 21 minutes. Regarding the starting lineup, Javonte Green got a surpise start alongside the Jay's, Marcus, and Time Lord. A few take-aways;
Jayson Tatum showed flashes of why he's a superstar, being able to easily get through a defense for layups and hit fall-away shots over a great defender in Ben Simmons. He also had careless turnovers and got a little bit too focused on isolations specifically at the end of the first half. Tatum will need to trust his teammates to make plays and get them the ball if he wants to get over the hump this year in the playoffs. Long way to go.
Jaylen Brown didn't use his skills enough to get his own shots tonight, he was a little stagnant around the three point line often tonight. Smart, as always, showed ridiculous hustle even in a preseason game, forcing three offensive fouls included two charges, Smart also had a fantastic chase-down steal and assist to Javonte Green for the breakaway dunk.
The rooks looked great tonight, Pritchard especially. Nesmith hit a nice step back three coming around a screen about 20 seconds into his debut. Aaron also flashed a bit of a post game with a few made field goals in the paint, one off of an offensive rebound. He finished with 8pts. Payton had a few moments where he was forcing it to Tacko Fall on drive and dumps but if it were Theis or Tristan they could have ended up as buckets and nice heads up assists. Pritchard was not shy with his shot and hit on plenty of them while finishing 6/10 for 16pts, 2ast, 4reb, and a block.

The fans wanted Nesmith, and they got 'em pic.twitter.com/fbwIfC6btE

The player of the game was easily Jeff Teague after many C's fans weren't sure what to expect from the veteran. With Kemba Walker out, Teague looked locked in with driving floaters, drive and kicks, and hitting catch and shoot threes. He shot an efficient 7/9 including 4/4 on 3pt field goals for 18pts. Teague did show he needs to take a step forward on defense however. Overall, a good showing for the first year Celtic veteran.
Boston certainly has plenty to improve on after finishing Tuesday's exhibition with 19 turnovers. Defensively they allowed Embiid and Harris to have their way in the first half and couldn't keep anybody out of the paint. I would attribute that to missing Theis and Thompson tonight in the middle, but Rob Williams III needs to step it up in that regard if he plans to earn minutes this season. Next and last exhibition is set for Friday at home against KD and Kyrie (7/11) and the Brooklyn Nets at 8pm.
Final Score Photo via Celtics Twitter Account