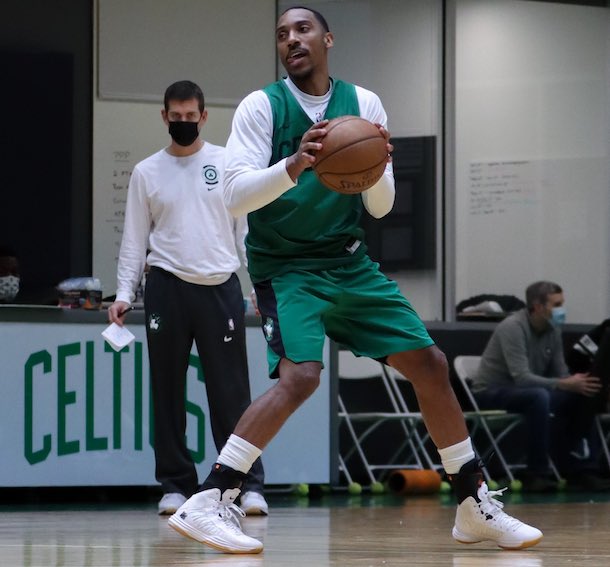 Not much news coming out of Celtics camp so far. The Celtics main free agent signing Tristan Thompson is expected to miss most if not all of training camp due to his hamstring injury. That's why a week ago I had Daniel Theis in my potential starting line-ups post and not Thompson.
The other free agent addition for the Celtics is Jeff Teague. The 32 year old veteran should have a rather large role to start the season with Kemba Walker sidelined. Brad Stevens hasn't given any hints yet, but Teague could either start at the point or come off the bench, but still play heavy minutes next to the other potential starting point guard Marcus Smart.
For his part, Teague says he plans to be a leader for the young team on and off the court.

I also went back and watched 19-20 Hawks games so you could see what can you actually expect from Jeff Teague.