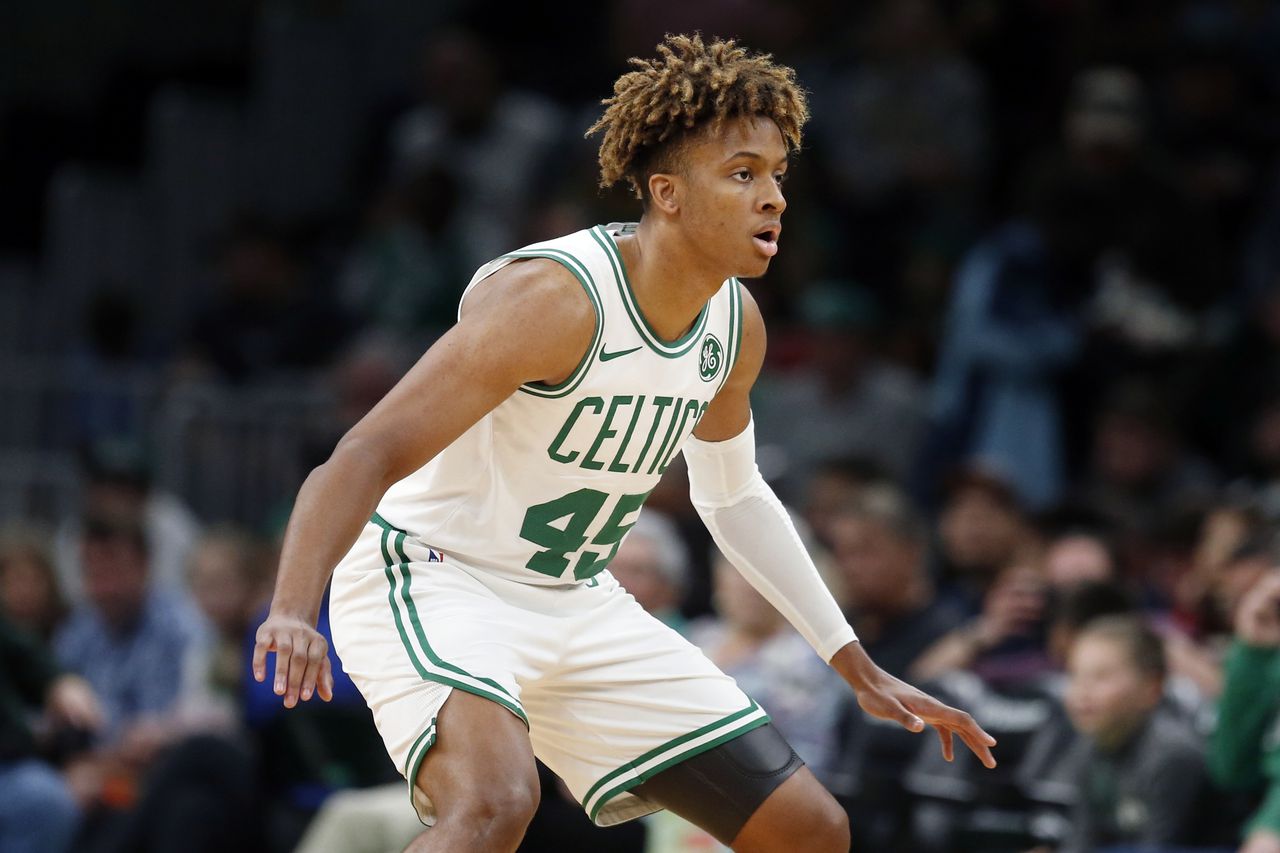 (AP Photo/Michael Dwyer)
Romeo Langford had a forgettable first year as a pro. He battled injuries over and over throughout the season. Every time he seemed to work his way back, his luck would break the wrong way once again. Although he had little opportunity to show off, what the 18 year old rookie was able to showcase last season was his defensive ability. He showed promise and flashed some serious defensive possessions. Coming out of college, many Celtics fans saw him as a possible bench scoring threat, but after his first season, it seems his defense could be what earns him minutes and respect among this roster. Brad Stevens seems pleased with Langford's development so far;

Brad Stevens: "I think Romeo Langford is going to be an NBA player for a long time."

It's not too far fetched to believe that Langford could develop into a Tony Allen or Avery Bradley type player for the Celtics in the near future. Now, before you think I’m crazy, I don’t think that he will turn into the all NBA legendary defensive talent that Allen was. After all, Kobe Bryant once said that Allen was the hardest defender he ever had to play against. However, Romeo possesses similar slashing ability and athleticism as well as the ability to knock down mid-range jumpers. He has the potential to become a lockdown defender that can give you 10 to 14 points a night whether it is off the bench or starting down the line. If he can further develop his facilitating and a 3 point shot, he will be a major asset for the Celtics future as a key piece to the current core of the Jays and Smart.
Tony Allen and Avery Bradley posted 97.4 and 99.1 defensive ratings in their rookie seasons with Boston, while Romeo posted a 102.2 defensive rating in 2020. That is slightly higher but right on par especially when you consider that scoring in general has increased over the last few years with the explosion of three point shooting. To give a little context, Jaylen Brown who is known as a very good defender on the wing, posted a 106.8 in his fourth and most productive season this past year. Furthermore, Langford posted a higher net rating than both of the aforementioned defensive specialists, suggesting that his offensive impact was greater than that of Allen and Bradley in their rookie seasons. Langford posted a +8.9 rating while Allen and Bradley posted +6.2 and -16.3 respectively. This year obviously was a small sample size, but it is encouraging that he was on par with these guys all the while battling through injuries the entire season. We will see this season if he can keep himself healthy and earn enough minutes to start flashing more of his potential. Here are some Romeo defensive highlights;