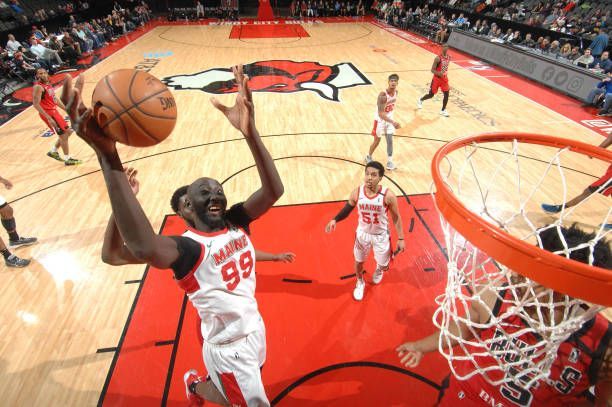 The Celtics G-League afilliate, the Maine Red Claws, was the first team to opt out of the NBA's proposed G-League bubble in Atlanta. They are missing out on a 12-16 game regular season that includes a playoff tournament. The loss of a G-League season may not seem like much, but it does limit some opportunities for young players on the team.

First, the good news is that we will be seeing a lot more of Tremont Waters and Tacko Fall. In a pre-COVID-19 world, Tacko and Tre were only allowed to spend 45 total days with the team, whether it be games or practices, due to their two-way contracts. Now players on two-way contracts are able to practice with the team on a consistent basis and play in 50 total games. So we will get more Tacko time to cure our COVID-19 sadness.

Regarding the Celtics rotation, having Tre and Tacko on the roster for this long is something that Brad Stevens will have adjust to. He has to keep in mind that playing NBA games are the only chances the two-way players have to actually develop. It's great that they are able to get consistent practice time with the team, but game experience gives them a real chance to learn. At what times during games will Stevens put hem in? How often will they get real game minutes? Will either of them develop an actual role on the team with a 50 game maximum? Now is a good time for them to make impacts with Kemba Walker out to start the season and Tristan Thompson missing a majority of training camp.

For players like Carsen Edwards and Romeo Langford, playing for the Red Claws would've been great for their development as well. Edwards could've used G-League time to build up confidence and Langford could've used that time to rehab from his wrist surgery. Now they have to attempt to fit in on the Celtics rotation, which may rush their development. Opting out of the G-League also limits the opportunity for Payton Pritchard and Aaron Nesmith who will be thrown right into the fire at the start of the season. But who knows, maybe spending a whole season on the Celtics is good for the rookies, espcially with the veteran prescence the Celtics have on the roster this season.

The Celtics certainly have the talent to make another run in the playoffs this year, but there will be eyes on Brad Stevens to see how he handles the roster adjustments this year.