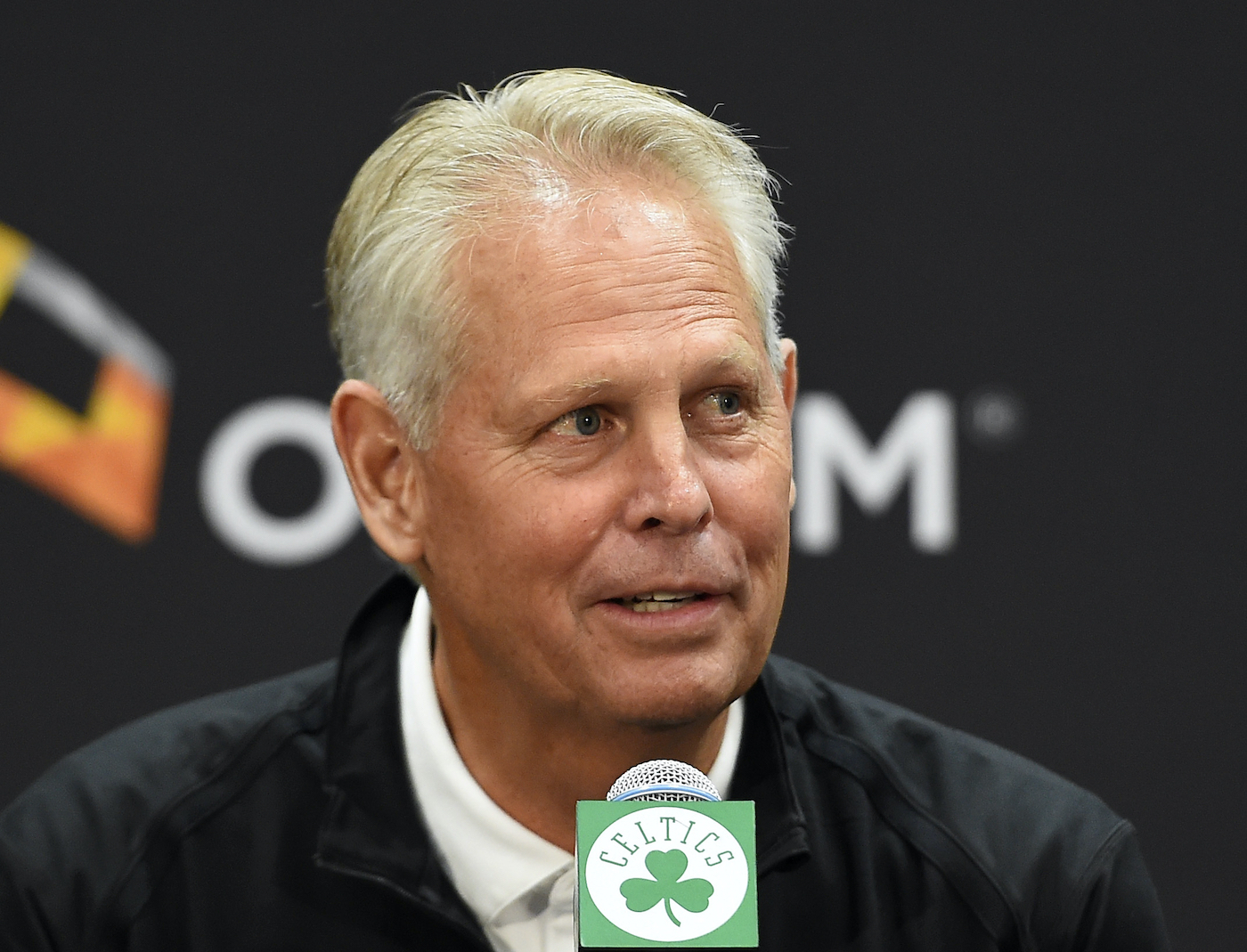 Danny Ainge on @Toucherandrich on Hayward TPE: “We're not going to go do anything right now. … Let’s see how this season goes, where we are. We’ll have the ability to improve our team at the trade deadline, and next offseason if not.”

Wants to see what young guys can do.

Danny Ainge's massive $28.5 million trade exception will not be used now to fill any needs on the roster. Ainge says he has no one he'd want to cut anyway. As expected the first realistic time the Celtics could use the TPE would be at the trade deadline. Right now every team is putting on their happy face and shooting for the playoffs. Come trade deadline time, you will see teams fading out of the playoff picture consider wanting to part with a player for a pick or picks, trade a good player who's salary is above his worth though, or even just want to unload a contract fro financial reasons.
Looks like Ainge also wants to play more of the young guys this season for two reasons. One to develop them and because they could help the team. And two to increase some of their trade values. Right now the only means for the Celtics to trade for a star would be to part with Jayson Tatum or Jaylen Brown and that's not happening, nor should it. The Celtics don't own any first, but their own moving forward and those will likely be picks in the mid to late 20's, so not as valuable. Ainge is hoping guys like Robert and Grant Williams, Romeo Langford, and the current two rookies Aaron Nesmith and Payton Pritchard impress, which would give the Celtics trade ammunition.
If the Celtics are looking like they could compete for a title at the trade deadline, Ainge could very well use the TPE then. But only if he thinks the value of the player coming in is worth the pick(s) and/or players going out. If that doesn't happen the next opportunity would come at draft time. The TPE and the Celtics 1st for a veteran type of deal. Or lastly maybe a situation arises like it did for Golden State where you can trade for a Kelly Oubre type during the offseason.
It's important to not conflate the optics of the TPE being acquired in Charlotte's signing of Gordon Hayward. Once the Hornets waived and stretched Nicolas Batum, they had the cap space to sign Hayward outright. In essence Ainge "bought" the TPE for two second rounders, which in my opinion was a good gamble. You can always pick up a 2nd rounder, but if an opportunity arises where a player becomes available who could help you, having every advantage you can obviously helps.
Some people have said you have to wait to see what Ainge does with the TPE before you can judge him on any mismanaging of the potential Pacers trade, but I don't think they should be linked. What's done is done. Ainge by no means should make a bad trade with the TPE just so he can claim he got something tangible for Hayward. Trade exceptions expire all the time unused. Just like expiring contract players that teams wanted to trade often ride out their final seasons still on their teams. The TPE gives Ainge added flexibility if a trade presents itself. Again that was worth the price of two 2nd rounders. But you can't expect to replace Gordon Hayward with a TPE. The picks or players you may trade using the TPE might get you someone pretty good, but expectations need to be tempered.