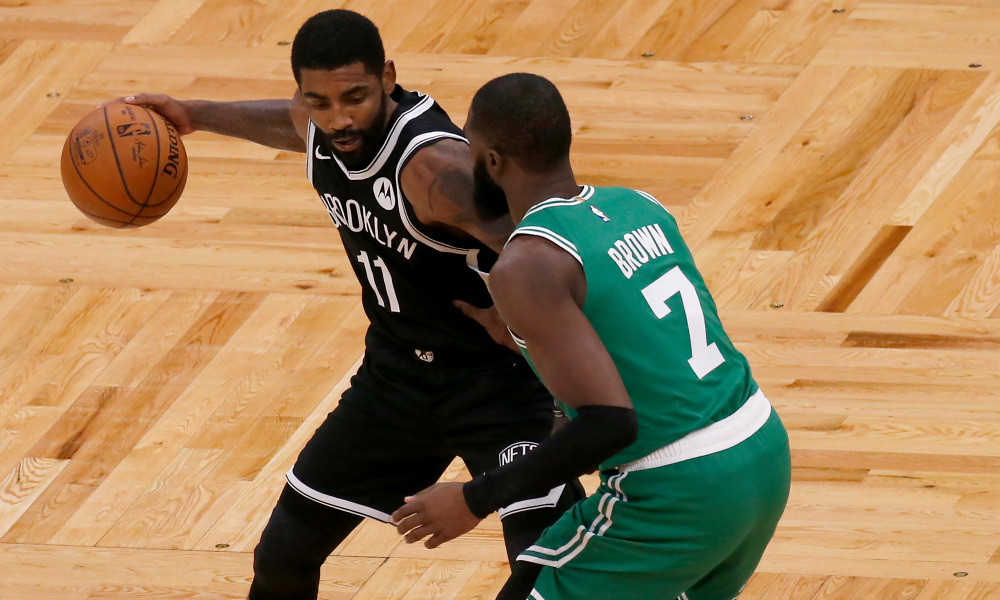 The Celtics were defeated 123-95 by the Brooklyn Nets on this Christmas matchup. It was a tough night for Boston as they fall to 1-1 on the season. One bright side about tonight has been the performance by Jaylen Brown. It was another solid night for JB as he finished with 27 points and 8 rebounds. The 24-year old guard has had a solid outing in both games to start this early season. Jayson Tatum didn't have his best night shooting the ball, but still managed to score 20 points in a losing effort.
The Brooklyn Nets duo of KD and Kyrie had a great night. Kevin Durant finished with 29 points and continues to amaze me with the way he's able to bounce back from such a tragic injury. It was not a fun time watching Kyrie make his return to the Garden tonight. Kyrie torched the Celtics all night and finished with 37 points to go along with 6 rebounds and 8 assists. He had the hot hand all night, and hit 7 out of 10 3's tonight against his former squad. As a duo, they combined for 66 points and shot 22/37 from the field.
Brooklyn, who I think is the team of the East, made it look real ugly for the C's. The Celtics were battling in the first half and took a 54-51 into halftime, but it was all Nets in the second half. Boston was outscored 72-41 in the last 24 minutes and really got embarrassed to close this one out. 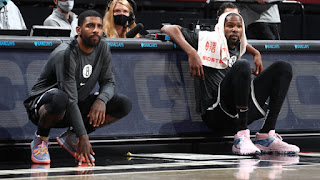 We got our first glimpse of Aaron Nesmith this season, and watched him get his first points in the NBA as he was able to knock down a three-pointer for Boston which wasn't easy to come by for the Celtics. As a team, they shot 8/27 from behind the arch (29.6%) which isn't going to win you many games.
Although he only played 21 minutes, Tristan Thompson had another appearance that impressed me. He had 8 rebounds tonight which included 5 of those being on the offensive end which gave the Celtics a second-chance opportunity.
It was an extremely tough game. The second half was pretty hard to watch. The Nets have talent unlike many other teams and there is no good in dwelling on this loss.
This is a great game to forget about. The Celtics will look to bounce back Sunday as they take on the Pacers in Indiana.
I hope everyone has had a Merry Christmas (aside from this game)! You can follow me on Twitter @GWDimis and read more blogs written by me HERE!